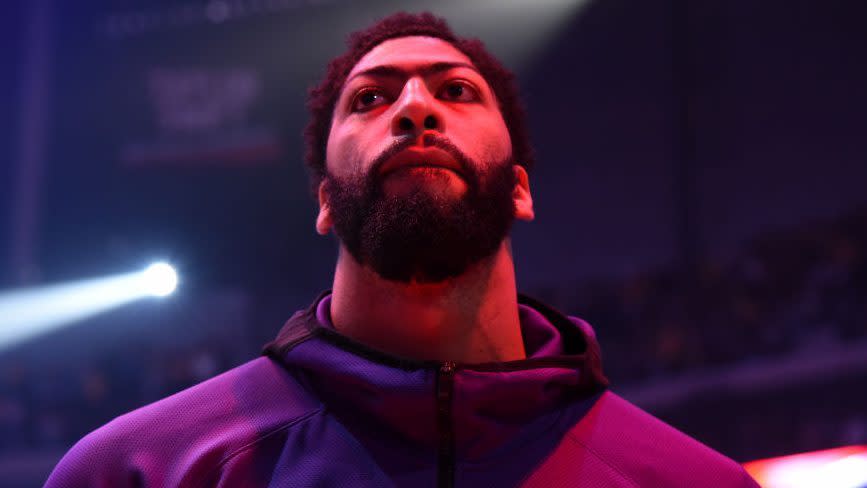 With more than 100 players already agreeing to deals this offseason, the shelves are getting pretty bare for NBA teams still shopping for free agents to round out their roster.

Still, there are some solid rotation players who can fill a role for teams out there — and one superstar (but there’s no suspense with him). There are some younger players that deserve a bigger role and veteran free agents who can help an NBA team in a limited one. At this point, it’s mostly guys who will play for the minimum, so the price is right.

The top free agent in the class, there has never been any doubt Davis would re-sign with the Lakers. The champion and First Team All-NBA center has chosen to take his time (his signing is expected sometime after Thanksgiving), but it’s not in doubt. The only question how long Davis signs for. Most around the league expect him to sign a three-year contract with a player option (a 2+1) worth $106 million. After those two years, Davis will have 10 years of service in the NBA, allowing him to re-sign for 35% of the salary cap, not 30%.

A solid backup point guard, he averaged 10.6 points a game last season for the Wizards (he only played in 20 games). He’s undersized, but he shot 35.8% from three last season and defends fairly well. Napier is a good fit for a team looking for someone to give them 20-25 minutes a night as a backup point guard.

Check out the latest news on the Lakers

The reason he’s available still is teams see a 6’6″ swingman who does not space the floor from three — he rarely shoots from beyond the arc, once every other game or so, and made just 13% of those last season. However, Jefferson does a lot of other things well: He’s a versatile defender who can guard two through four (with a few point guards thrown in), he can get to the rim, post up, and is a good passer. He gave the Raptors a solid 18 minutes a night last season and will do the same for another team this season, once picked up. Minnesota is reportedly talking to Hollis-Jefferson.

He bounced between Golden State and Philadelphia last season, scoring 12.9 points a game for the Warriors as a floor-spacing wing (that shrunk to 7.7 points a game in Philly as he played a smaller role and a dozen fewer minutes a night). He shot 39.1% from three last season overall, although he’s not a high-volume shooter from deep, preferring to drive to the rim. He’s a decent but inconsistent defender. Still, with the demand for wings around the league, he’s a player a lot of teams could use. Both Los Angeles teams, plus several others, are reportedly interested.

He jumped to the Clippers at the deadline last season and gave them quality backup point guard minutes nightly, showing he can be a floor general and knock down the three (41.3% for the Clippers, although he probably can’t sustain that for a season. He’s 30 years old with an injury history, but on a one/two-year contract the risk would be minimized, and he’s a player a lot of teams could use.

He was supposed to be in Sacramento, part of the Bogdan Bogdanovic sign-and-trade, but he was thrown back on the market when that fell apart. Ilyasova is a veteran, floor-spacing back-up big man who can still knock it down (36.5% from three last season, right at his career average) and draw a few charges. He’s a defensive liability at this point in his career, but he can be a stretch big who gives a team 15 minutes a night during the season, then will see his role shrink in the playoffs.

Dedmon was traded from Atlanta to Detroit this offseason, then the Pistons waived and stretched him, making Dedmon a free agent (he was owed $13.3 million this season, and had a $1 million buyout for next season, so he got paid). Dedmon struggled last season in Sacramento, but for years before that was seen as one of the better backup big men in the league. He gets most of his shots at the rim or from three (he’s not that dangerous from three, 20.6% last season, but he’ll take the shot) and is a decent defender.

The new administration in Chicago cleaned house and Harrison did not get a qualifying offer, but after the improvement he showed last season some team should give him a shot. Last season in a limited role, he showed his three-point shot improved (38.1%), but he really adds value as an active, switchable defender with a knack for getting steals. He’s fantastic in transition and would fit well with a second unit that likes to run (he’s not as smooth in the halfcourt). This ranking may be too low for him, he can help a team.

One of the game’s greatest three-point shooters of all time, he will turn 40 during the season and has lost a step, which particularly hurts defensively. Still, he knows how to find space along the arc and knock down his opportunities, shooting 41.8% for the Bucks last season. Every team needs more shooting, and Korver is going to help whatever team picks him up.

He was on a two-way contract with Minnesota last season, but his play earned him a chance somewhere (he most likely ends up back with the Timberwolves). In the 30 games he played at the NBA level for Minnesota, he averaged 7.6 points and 4.5 assists a game in nearly 20 minutes a night, shooting 38.2% from three. He looked like a solid backup point guard in those minutes, but nobody has jumped in with an offer to give him a chance to play that role regularly.

Honorable mention: Some team should take a flier on Zhaire Smith. Philadelphia threw in the towel on him, but he’s 21 and insanely athletic. It’s too early to give up on his potential. A team could do worse with an end-of-bench or two-way contract.

Check out what the Knicks have done with their offseason