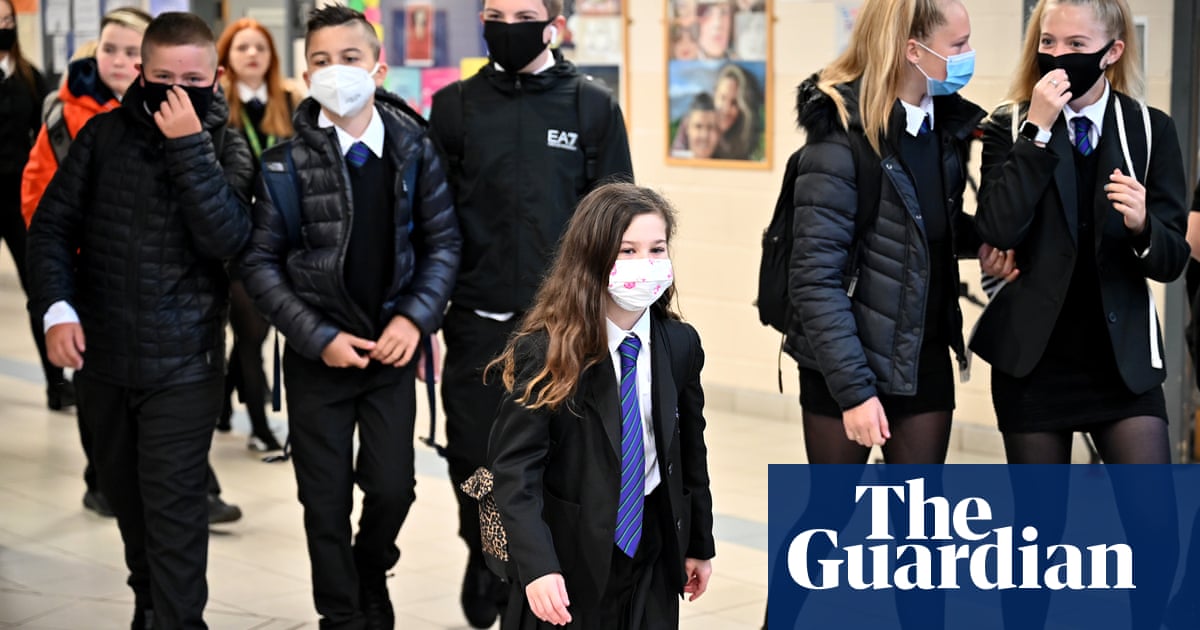 Sandra Douglas, founder of East Renfrewshire’s Back to School Bank – believed to be the first uniform bank – says volunteers have already noted the change: “We have an annual ‘winter warmer’ campaign, but this year we’re being asked for white T-shirt’s to go under school shirts, fleece jumpers, extra layers – and this weather will continue all the way through to February.”

The School Bank West Lothian has likewise seen a significant rise in referrals as winter approaches, with a 40% increase in September compared with last year, and last month an increase of 131%.

Project coordinator Collette Moran is currently appealing for donations of outerwear and sports kit. “The need for more winter jackets I believe stems from both the need for some children to wear jackets in classrooms due to them being cold, as windows are open to ensure ventilation, but also from a number of families who are being pushed into poverty due to Covid and therefore don’t have the means to buy a cosy winter jacket just at this time when the weather has changed.”

Moran believes that the need for joggers, hoodies and trainers has been driven by a new requirement for children to come to school in their PE kit and stay in it all day on the days they have PE scheduled. “This is typically twice a week, and is a new and extra expense for many families who are struggling, and is now having an impact on our service.”

Latest Scottish government guidance emphasises the need to balance adequate levels of ventilation with the maintenance of appropriate temperatures – for classrooms this is 17C. Further north, local authorities are adding their own mitigations: Highland council, for example, has relaxed dress codes for both pupils and staff, while Aberdeenshire council suggests schools reduce the number of open windows while classrooms are in use, while more fully airing rooms when not in use.

But Scotland’s largest teaching union, the EIS, reports that as the weather has grown colder, teachers have increasingly expressed concern about the temperature being too low with classroom windows open, with anecdotal reports of teachers and pupils in class wrapped up in coats to keep warm.

In Glasgow, the city council has joined forces with Glasgow Times and the Herald newspapers to appeal for donations of up-cycled winter coats, jackets and hoodies for children and young people to wear over the cold months ahead, as it reveals that numbers applying for school clothing and footwear grants have risen from 32,000 in March this year, to more than 36,000 this month.

Pauline Ward, deputy headteacher of St Roche’s Primary and Deaf School, Royston, in the north-east of the city, said that the recent temperature change and requirement for as much ventilation as possible means that “children are needing more layers which means more clothes which means more money”.

Ward said: “We’re very aware of the financial impact of the pandemic on many of our families who were working on zero hours contracts or furloughed so we’re accepting donations of nearly new coats and hoodies. Circumstances can change very rapidly for parents and there’s not always the support for them.”

She said that parents had been moved by the generosity of the city-wide campaign. “It’s still that message from the beginning of the pandemic that we are all in this together. Children need to be warm to learn.”