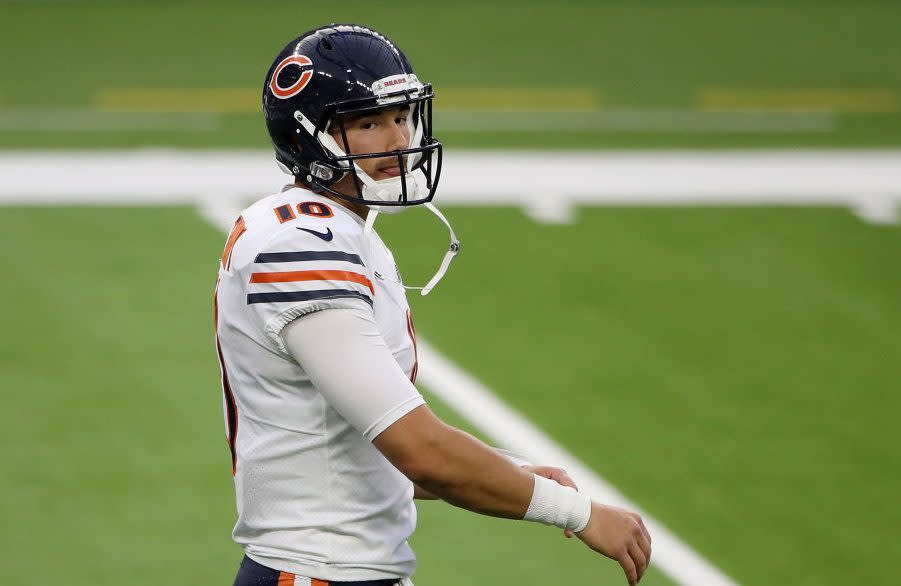 Bears coach Matt Nagy isn’t ready to say who will start Sunday Night Football against the Packers. All signs, though, point to Mitchell Trubisky getting back the job.

Nick Foles didn’t practice Wednesday after injuring his hip and glute in the Bears’ Week 10 loss to the Vikings. Trubisky was a full participant as he returns from a right shoulder injury.

“There are a lot of factors involved in it right now,” Nagy said, via Chris Emma of The 670 Score. “We’re looking at all that. But for us, what we’ve got to do is we have to start with the availability.”

Trubisky, who is playing the final season of his rookie deal, completed 59.3 percent of his passes for 560 yards with six touchdowns and three interceptions in starting the first three games. The Bears started 3-0 but only after Foles came off the bench to rally them from a 16-point deficit in Week 3 against Atlanta.

Foles, one of the best backups in NFL history, is 2-5 as the team’s starter. He has never started more than 11 games in a season.

It appears likely the Bears have a new starting quarterback in 2021.

Trubisky, though, could get the final six games to make his case, and as Nagy noted, it’s “an opportunity for him to just go out and play quarterback, and play it with an appreciation for what he lost.”

Despite everything, Nagy insists he still believes in Trubisky.

“I’m very, very impressed with how he’s grown week to week,” Nagy said. “I mean that. It wasn’t easy by any means those first couple weeks. It was hard. It was out of place for him and for us. But he kind of got to take a step back and see where he’s at. If he is going [to start], what I would say is this — I have all the confidence in the world in him.”

Matt Nagy: I have all the confidence in the world in Mitchell Trubisky originally appeared on Pro Football Talk