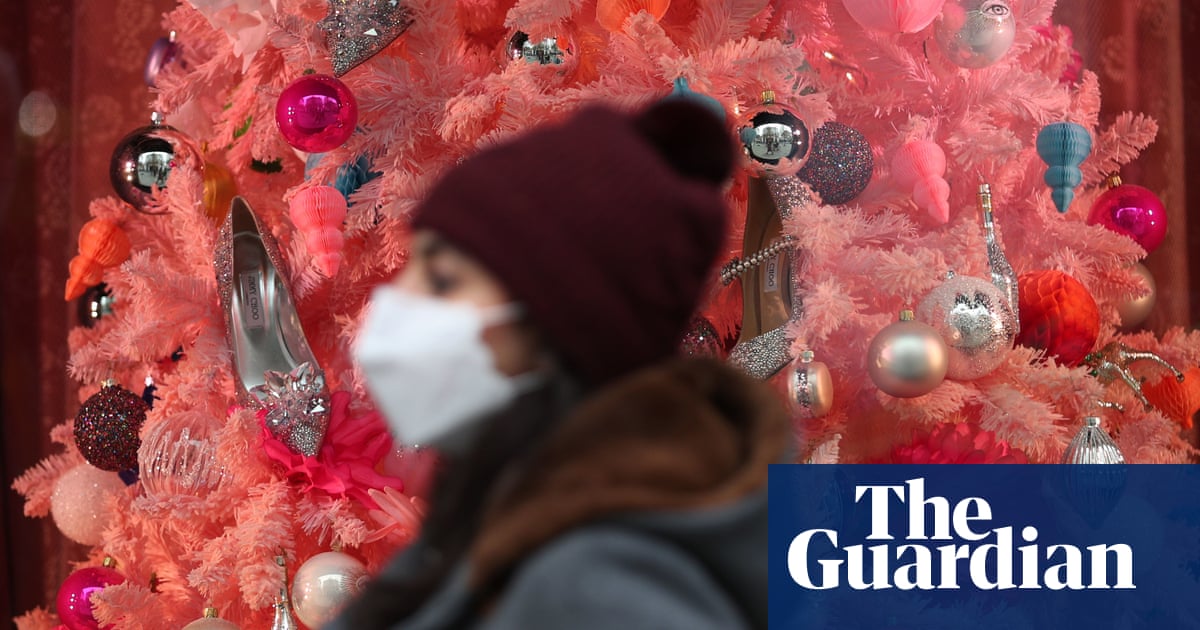 Government scientists have warned the relaxation of coronavirus restrictions over Christmas could lead to a third wave of the pandemic, with increased transmissions and unnecessary deaths.

Families across the UK will be able to gather in three-household groups of any size over Christmas, the government has announced, prompting warnings from scientists that the plan will almost inevitably see a rise in the number of coronavirus cases.

The long-planned idea of “Christmas bubbles” – which ministers said would require people to make a “personal judgment” over risk for older relatives and others – was thrashed out in a meeting involving the four UK governments.

However some scientists have warned strongly against encouraging families to mix indoors in winter. Two advisers to the government’s scientific advisory group for emergencies (Sage) have said the relaxation will lead to the NHS becoming overwhelmed

“Effectively what this will be doing is throwing fuel on the Covid fire. I think it will definitely lead to increased transmission. It is likely to lead to a third wave of infection, with hospitals being overrun, and more unnecessary deaths,” Prof Andrew Hayward told BBC2’s Newsnight.

“We are still in a country where we have got high levels of infection with Covid, particularly in young people. Bringing them together for hours, let alone days, with elderly relatives, I think, is a recipe for regret for many families.

“With the vaccine on the way, if we are not very careful over Christmas we are really in danger of snatching defeat from the jaws of victory on this one,” he added.

Prof Graham Medley, an expert in infectious disease modelling at the London School of Hygiene and Tropical Medicine, said the relaxation could lead to further lockdown measures in the new year.

“I think it is inevitable that if a lot of people do take that risk, even if it is a small risk, then we will end up with a lot of people in hospital and potentially having to take measures in January to lock down again,” he said.

Medley advised people to isolate before visiting relatives and to remain “completely faithful” to any social bubble arrangements and weighing the risk of spreading the disease to those who are vulnerable.

Politicians agreed with the scientists, with the mayor of Greater Manchester, Andy Burnham, also expressing fears about the NHS being overrun in the new year.

“[The government] is allowing too much. They have given the green light for Christmas but what price will people have to pay. The government has not got the balance right. This is too much,” he told ITV’s Good Morning Britain.

“They are worried about the headlines – that is what has driven this decision.”

But the Welsh first minister, Mark Drakeford, denied that the agreement to allow households to meet for Christmas was “headline seeking”.

“Our decision is based on the calculation that this is the safest way – not a completely safe way, not a risk-free way – but the safest way that we can offer,” he said.

Drakeford said the decision to agree a relaxing of restrictions was to avoid a “free for all”.

“I think it was very clear to us from the advice we received at the Cobra meeting, but also from what we hear in Wales, that unless we found a formula that allowed people to get together over Christmas, people were very unlikely to be willing to stick to the current level of restrictions that we have here in Wales,” Drakeford told Good Morning Britain.

“So the choice was between a guided form of meeting over Christmas or people simply making their own solutions,” he added.