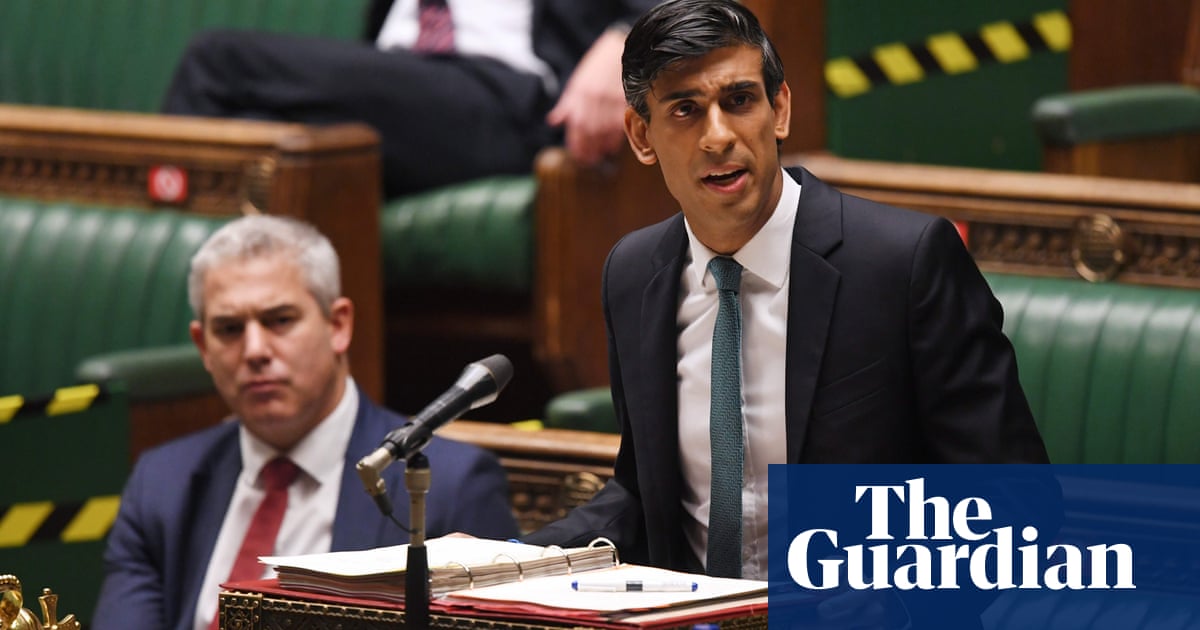 Rishi Sunak has warned Britain that its Covid-19 economic emergency has only just begun after responding to news of the deepest slump in more than 300 years by pledging a fresh £55bn to tackle the pandemic.

On the day that the daily death toll from the virus reached a new second-wave peak of 696, the chancellor said that despite borrowing a peacetime record of £394bn this year he would need to carry on spending in order to protect lives and livelihoods.

With unemployment on course to reach 2.6 million by the middle of next year, Sunak allocated £3bn to help the long-term jobless find work and announced a £4bn “levelling-up fund” to for local projects ranging from new roads to libraries in areas of greatest need.

“Our health emergency is not yet over. And our economic emergency has only just begun”, Sunak told MPs as he announced that forecasts from the independent Office for Budget Responsibility showed the UK on course to contract by more than 11% in 2020.

The OBR said the extension to the furlough scheme until March had saved 300,000 jobs, but even with strong growth in the next two years it would take until the end of 2022 to recover the economic ground lost during the Covid-19 crisis.

The government’s economic forecasting body added that the permanent damage caused by the pandemic would be exacerbated by a 2% hit to growth were trade talks between the UK and the EU to end in failure.

The chancellor said the £280bn spent tackling the pandemic in the current financial year would be followed by a further £55bn of spending in 2021-22. The extra funds will include £18bn for testing, PPE equipment and vaccines; £3bn to help the NHS reduce its routine caseload backlog; and £2bn to subsidise the railways.

Part of the £55bn will be clawed back by a cut in the UK’s aid budget from 0.7% to 0.5% of national income, and by a public sector pay freeze that will exclude the NHS and those earning less than £24,000 a year.

Sunak’s plans to provide an overall economic boost of £40bn do not include any wage subsidy support after the furlough scheme ends in March or an extension of the one-year £20 a week increase in universal credit announced at the start of the crisis.

Paul Johnson, the director of the Institute for Fiscal Studies thinktank, said: “It seems more likely than not that spending will end up significantly higher than set out today, and so borrowing in 2024-25 will be considerably more than the £100bn forecast by the OBR. Either that or we are in for a pretty austere few years once again, or for some significant tax rises.”

Sunak said the government had a responsibility, once the economy recovered, to repair the damage to the public finances. The OBR said even the loosest definition of balancing the books would require tax increases or spending cuts of £27bn.

The shadow chancellor, Anneliese Dodds, accused the government of squandering public money “on an industrial scale” during the crisis and attacked the decision to “pause” pay increases for many public sector workers.

“Key workers who willingly took on so much responsibility during this crisis, are now being forced to tighten their belts,” she said. “In contrast there’s been a bonanza for those who have won contracts from this government.”

In a dig at Sunak’s polished public image, Dodds added, “the measure of this government won’t be the number of press releases it issued during this crisis or the number of pictures it published on Instagram. It will be the responsible action it took – or didn’t take – for the sake of our country.”

Conservative MPs were broadly supportive of Sunak’s approach – but a series of senior backbenchers, including former foreign secretary Jeremy Hunt and development secretary Andrew Mitchell, were fiercely critical of the decision to ditch the 0.7% aid promise.

Hunt warned the chancellor: “To cut our aid by by a third, in a year when millions more people will fall into extreme poverty, will make not just them poorer but us poorer in the eyes of the world, because people will worry that we are abandoning a noble ideal that we in this country have done more to champion than anyone else.” The decision prompted the resignation of Tory peer Liz Sugg as sustainable development minister, who said it was “fundamentally wrong”.

Sunak said: “This country has always and will always be open and outward-looking, leading in solving the world’s toughest problems.

“But during a domestic fiscal emergency, when we need to prioritise our limited resources on jobs and public services sticking rigidly to spending 0.7% of our national income on overseas aid, is difficult to justify to the British people especially when we’re seeing the highest peacetime levels of borrowing on record.”

Labour attacked Sunak’s levelling-up fund as “pork barrel politics,” pointing to a recent report from the National Audit Office that suggested the allocation of the government’s £3.6bn towns fund may have been partly politically motivated.

Downing Street is keen to have tangible improvements to show voters in former Labour seats across the Midlands and north of England who backed the Tories a year ago – and in swing seats they hope to win in 2024.

Footballer Marcus Rashford, who successfully campaigned for the government to extend food vouchers to the poorest families over the forthcoming Christmas holidays, questioned why Sunak had not announced an extension to the £20-a-week emergency uplift in universal credit that is due to end next April. The government has only said that it will review the “health and economic context” in the new year.

“I’m really concerned that families are constantly counting down the days until help is taken away from them. The need for longterm change is massive. Children cannot be living to deadlines,” Rashford tweeted.