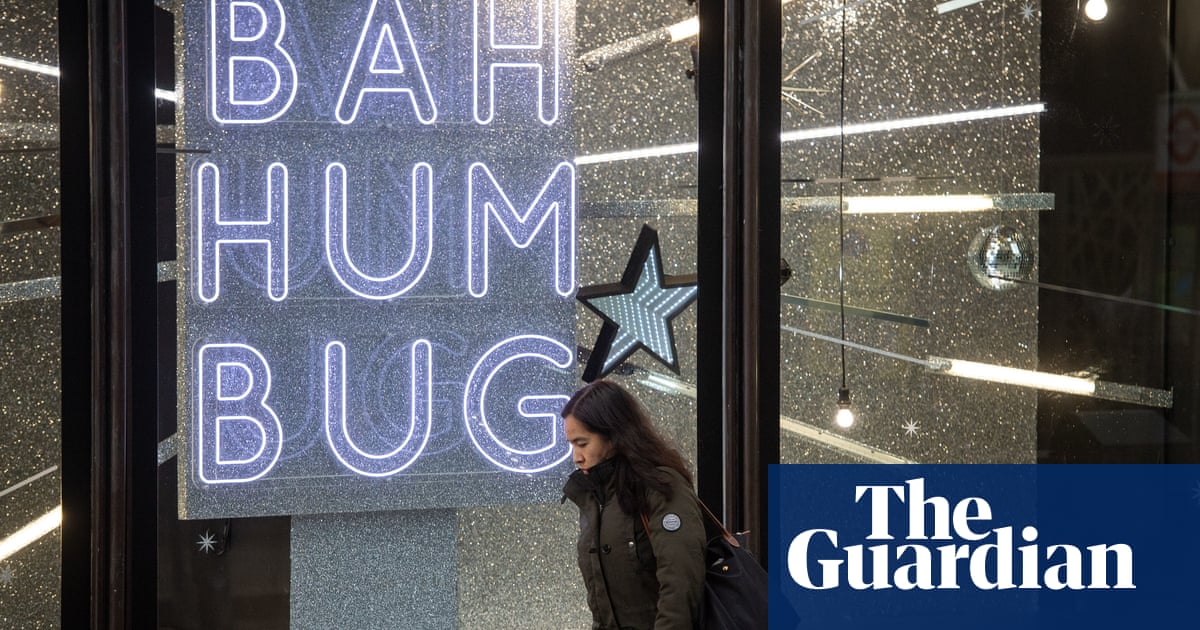 The majority of England will enter the two toughest tiers of Covid restrictions from next week, ministers are set to announce amid signs of a growing parliamentary rebellion and fears that the measures could remain unchanged until spring.

On Thursday Matt Hancock, the health secretary, is expected to say that most of the country will be placed into tiers 2 or 3, which include significant restrictions on hospitality, after the national lockdown ends on 2 December.

As ministers grappled with the backlash, a further 696 coronavirus deaths were announced on Wednesday – the highest UK daily total for fatalities since 5 May.

Lockdown-sceptic Tory MPs have seized on a newly published forecast from the independent Office for Budget Responsibility (OBR), which assumes months more struggle to get to grips with the virus.

Explaining its projections, the OBR said: “In our central forecast, a higher infection rate at the end of the lockdown and a less effective test, trace and isolate system necessitate keeping a more stringent set of public health restrictions in place over the winter.” This would be “broadly the same” as tier 3 “until the spring”.

An “upside” scenario, in which test and trace works effectively and the restrictions are looser, gives a less grim economic outlook, with the unemployment rate peaking at 5.1%, according to the OBR, instead of the 7.5% highlighted by Rishi Sunak in the spending review.

Mark Harper, who chairs the Covid Recovery Group of backbenchers, said MPs felt they were being misled by the government about what was intended.

“Our argument is, if you got [test and trace] working, and you had lower restrictions, and you did actually get the vaccine out by Easter, you would save 2.4% on the unemployment rate. That’s 200,000 people [who] wouldn’t lose their jobs, and there would be no scarring of GDP long-term, rather than a 3% hit.”

MPs had been urged on WhatApp groups to bring up the OBR figures at the 1922 Committee meeting of backbenchers, addressed by Boris Johnson on Wednesday evening. Johnson told MPs the UK would use mass testing and the vaccine “to steadily come out of the measures we are going to go in to”.

He compared it to “steadily starting to insert graphite rods into a nuclear reactor”.

MPs believe a vote on the measures next week may be their last chance to meaningfully affect the restrictions before spring, with some predicting a rebellion of up to 100 MPs depending on the scale of tier 3 measures announced.

There is widespread expectation among MPs and local leaders that almost no regions will be in tier 1, and the main battle is over avoiding tier 3, under which pubs, restaurants and hospitality businesses can only operate as takeaways, and almost all household mixing is barred.

One key area of dispute is the size of the geographic areas allocated to different tiers. MPs, particularly in north-west and south-east England, who had been fiercely lobbying for regions to be decided in smaller geographical areas, said ministers had “gone quiet” over the course of Wednesday afternoon.

Seven Kent Conservative MPs, including former cabinet ministers Greg Clark and Damian Green, wrote to Hancock on Wednesday lobbying for restrictions to be imposed on a more localised borough or district level.

Leaders of northern English cities where restrictions have been in place far longer, and where cases are now falling more significantly than in the south, have been lobbying hard to enter tier 2.

Andy Burnham, the mayor of Greater Manchester, said it was “more likely than not” that the region of 2.8 million people would be placed in tier 3, meaning most of the area has been under some strict curbs on social contact since 31 July. Burnham said case rates had fallen but other key metrics – including the over-60s’ infection rate – remain high.

But Liverpool is expected to avoid the strictest restrictions, meaning some pubs and bars will be able to open for the first time since 13 October when it became the first part of England to enter tier 3 measures. Its mayor, Joe Anderson, said the city had turned a corner and would be “in tier 1 territory” were it not for a mass testing pilot picking up asymptomatic cases.

Paul Foster, Labour leader of South Ribble council in Lancashire, said he would consider legal action if his district was again put under the highest curbs. Tory MP Nigel Evans said it would be “really unhelpful” if his constituency in Ribble Valley and Chorley – which have had lower infection rates than other parts of the county – is put into a high tier.

Sir Graham Brady, chair of the 1922 Committee, told the Guardian it would be “entirely unreasonable” to put the whole of Greater Manchester into tier 3.

The city of Hull and large parts of the east and north-east England are likely to fall under tier 3, as many places have a higher infection rate than the national average, currently around 200 cases per 100,000 people.

South Yorkshire is also expected to enter tier 3 despite Covid numbers that have come down significantly, because of concern about the impact on the NHS.

Council leaders in London say they expect the entire capital to be placed in tier 2, where hospitality businesses can open with limitations, and that public health advice backed this. One leader said there would be “serious kickback”, including from Conservatives in the capital, if it did not happen but others said the decision was in the balance.