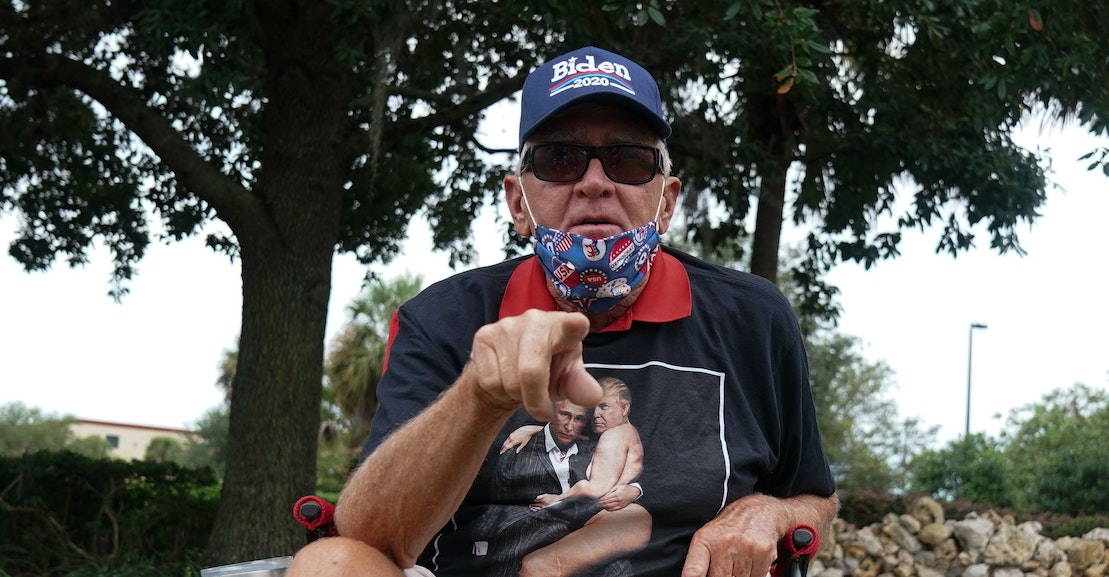 But 52-55 percent turnout is still peanuts compared to this year’s 65 percent turnout among the population at large, driven at least in part by even higher turnout among elderly voters. The true age-demographic story of 2020 wasn’t that young people flocked to the polls in higher proportions than ever before. It was that this youthquake had no discernible impact on the makeup of the American electorate, according to Edison Research’s exit polls, because there were so goddamned many old people.

According to Edison Research Executive Vice President Rob Farbman, the age group that in 2020 most increased its share of votes cast was the elderly (65 and older), which expanded from a 20 percent share in 2016 to a 22 percent share in 2020. Those two percentage points represent an increase in relative voter strength of 10 percent. By contrast, younger voters (18-29) had the same 9 percent share of overall votes cast as in 2016. (All other groups either kept the same share or lost one or two percentage points, with the exception of the 30-39 cohort, which rose from 15 to 16 percent.)

The elderly’s 22 percent of votes cast—assuming that this figure holds up in future data—represents an historic jump in gerontological clout. For the past quarter-century, Edison Research’s exit polls put the 65-and-over cohort pretty consistently at 16 percent of all votes cast in presidential elections (excepting 2000, when it dipped to 14 percent). Indeed, Edison Research initially assigned the elderly 16 percent of all votes cast in 2016, before it corrected that figure to 20 percent. Edison has not similarly massaged its data prior to 2016, and it has no plans to do so, according to Farbman. That leaves us in the dark about exactly how and when the elderly experienced their Great Leap Forward in the voting pool.

As I’ve taken care to note, more reliable age-demographic percentages based on actual votes cast are not yet available for 2020. But the historic data suggest that, prior to 2020, there was no Great Leap Forward, but rather the gradual rise that you’d expect as Boomers started trading their coonskin Davy Crockett caps for adult Depends diapers. The data based on actual votes cast also suggests that the elderly share of votes cast this year probably exceeded 25 percent (because it was already 24.9 percent in 2016).