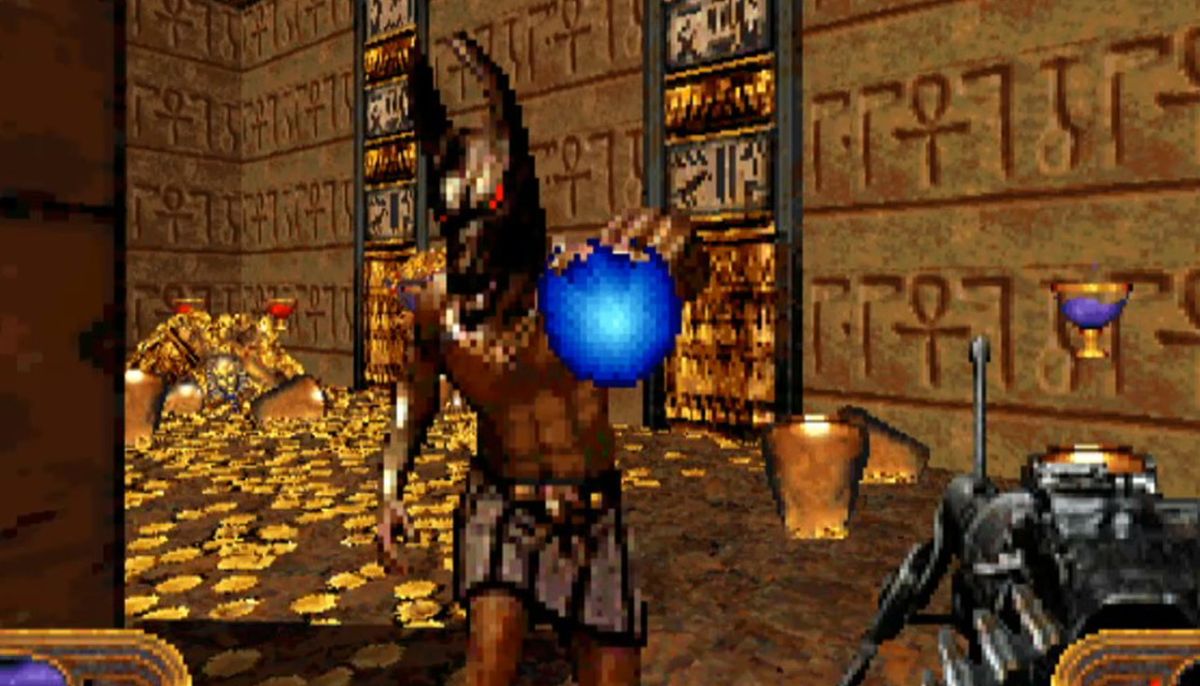 I’ve always been a little confused by the 1996 FPS Powerslave. It’s an Egyptian-themed shooter with the same title as Iron Maiden’s Egyptian-themed 1984 album, and for years I thought it was a Psycho Circus: The Nightmare Child kind of thing, yet the two apparently have nothing to do with each other. In fact it’s not even called Powerslave in Europe—there, it’s known as Exhumed.

(Another interesting bit of trivia: Powerslave uses 3D Realms’ Build engine, and 3DR was set to publish the DOS version of the game, although that deal eventually fell through. More than 20 years down the road, Iron Maiden sued 3D Realms for $2 million, not over the Powerslave thing but because of the more recent game Ion Maiden.)

Anyway, to the point: After years of languishing on wislists, the old DOS version of Powerslave is now available on GOG, and retro-studio Throwback Entertainment said on Twitter that it’s working an “enhanced edition” of the game with Nightdive Studios—an announcement that Nightdive CEO Stephen Kick quickly (and enthusiastically) confirmed.

A studio rep said Powerslave is being given “the full Kex treatment,” a reference to the Kex Engine that’s also used in other Nightdive updates including Blood: Fresh Supply, Turok 2: Seeds of Evil, and Forsaken Remastered. A release date hasn’t been set yet, but the rep also teased other projects in the works, saying, “This is not the only project that we are working on with Throwback, [but] this is the only one that we are ready to discuss.”