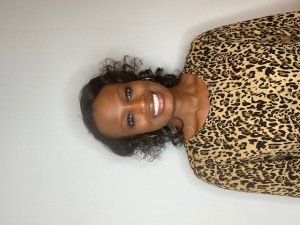 Capitol Hill veteran Shuwanza Goff was named as Joe Biden‘s new Deputy Director of the White House Office of Legislative Affairs as the president-elect’s string of important cabinet announcements continued Monday. She will be the first Black woman to work in that official capacity.

Goff is expected to help lead efforts to help propel Biden’s legislative efforts through Congress with a position carrying major weight, especially as the incoming administration rolls out policies promising to lengthen, ensure and enrich the lives of Black people in America.

Goff brings with her years of experience working with members of Congress and their aides to pass legislation. Biden’s team poached Goff from House Majority Leader Steny Hoyer, who she worked for for 12 years. Prior to her new appointment, Goff made history as the first Black woman Floor Director for the House of Representatives under Hoyer, a Democrat from Maryland. During that time, she set the legislative schedule and determined which bills came to the House floor.

“President-elect Biden, in choosing Shuwanza Goff to be his Deputy Director for Legislative Affairs and liaison to the House, has selected a highly experienced and talented individual,” Hoyer said in a released statement.

“As my Floor Director since 2013, Shuwanza made history as the first African-American woman in that role and has been instrumental in turning House Democrats’ campaign promises into a successful legislative agenda, with nearly all appropriation bills passed before the end of July for the past two years in a row.  When the pandemic hit, she also worked hard to ensure this institution could continue to do its work on behalf of the American people safely and efficiently,” he continued.

Goff was raised in Mechanicsville, Virginia, and graduated from the University of Tennessee and American University. Her family are descendants of enslaved Africans from the South Carolina coast, according to the Gullah Museum in South Carolina, who celebrated her promotion with a tweet.

Shuwanza Goff, a #Gullah #Geechee woman who is the descendant of Africans enslaved on Sandy and Cat islands in South Carolina, is headed for the White House as a member of President-elect Biden’s legislative affairs team! https://t.co/lJlTzxJeW4

Other House leaders announced their excitement at working with Goff in the White House.

“President-elect Biden’s selection of Shuwanza Goff to serve as his Deputy Director for Legislative Affairs is choosing a master of the legislative process,” said House Speaker Nancy Pelosi in a released statement.

As Black America looks ahead, there are several aspects of Biden’s agenda which include areas that have been ignored on the federal level pertaining to marginalized communities. Black voters flocked to the ballot boxes this year in astounding numbers, with the understanding that a Biden-Harris administration would deliver on a series of promises specifically catered to the unique and challenging roadblocks Black Americans face due to systemic racism.

Biden has addressed a series of reforms through his Lift Every Voice and the Build Back Better plans, which seek to address the COVID-19 pandemic and the resounding economic fallout, police reform and criminal justice reform. Goff’s position will provide a crucial barometer in aiding the president-elect’s agenda on a pathway to become legislation.

What lies in the balance is the Georgia Senate runoff race, which could change the tide of the Senate’s voting power and stalemate the efforts to advance opportunities for Black communities across the country.

Why Biden Needs A Black Secretary Of Health And Human Services