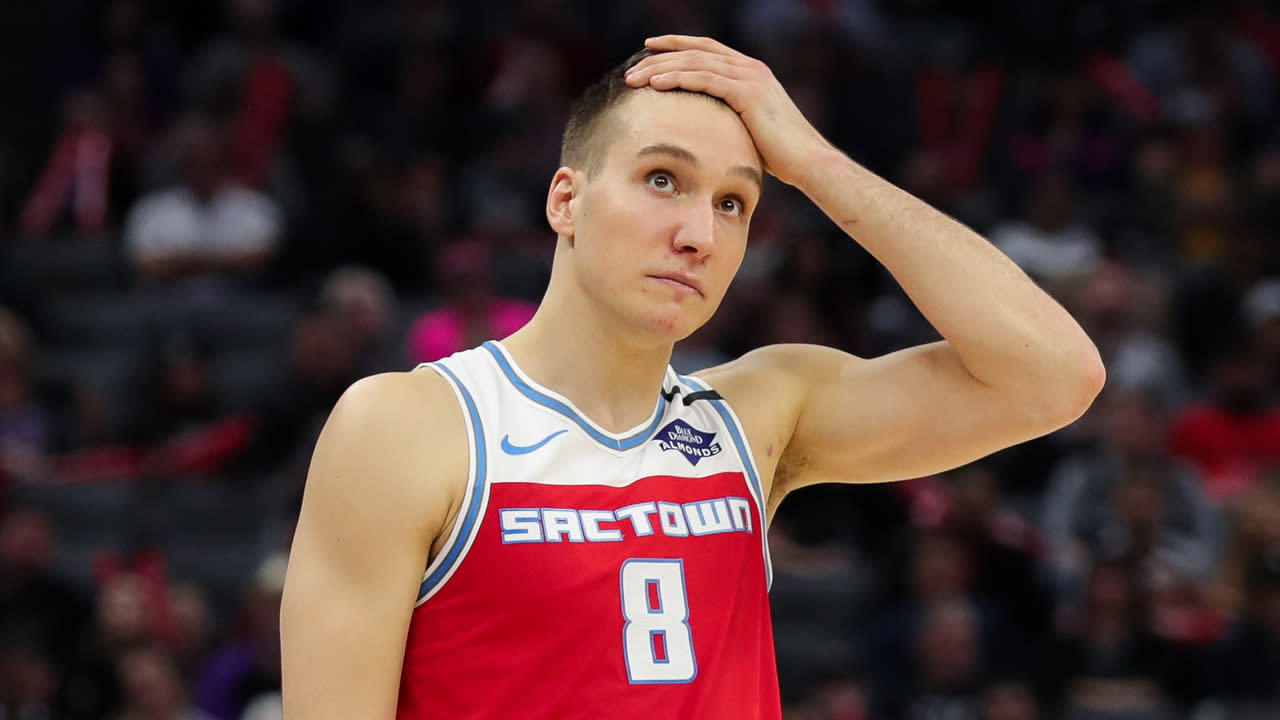 Kings fans took an absolute beating Sunday morning before they could even get through their first cup of coffee.

Bogdan Bogdanovic? All but gone.

Giles is on his way to the Portland Trail Blazers with the hopes of restarting his career with a new franchise. It’s a disappointing outcome, but one that was expected when the Kings botched his fourth-year option last October.

Bazemore is going back to where he started his career with the Warriors. After coming over from the Blazers at the trade deadline, Bazemore was a difference maker for the Kings. He was interested in coming back to Sacramento, but the allure of returning to the Warriors was clearly too much to pass on.

Bogdanovic inked a reported four-year, $72 million offer sheet with the Atlanta Hawks, ending any hope of the Kings getting something in return for their starting shooting guard.

The deal, I’m told, includes a player option in Year 4 and 15-percent trade kicker for the restricted free agent

The Kings will have 48 hours to match

Monte McNair now has a 48-hour window to decide whether to match the contract or allow Bogdanovic to leave without compensation.

This is a worst-case scenario for the Kings’ new GM. He believed he had a sign-and-trade in place with the Bucks that would have brought back Donte DiVincenzo, D.J. Wilson and Ersan Ilyasova.

DiVincenzo would have fit perfectly in a second-team backcourt with newly drafted rookie Tyrese Haliburton.

That deal went south and now the Kings and Bucks are in the middle of a league investigation.

RELATED: Giles’ exit a striking reminder of Kings’ past mistakes

McNair now has to choose between locking up another $18 million a year in salary for the next four seasons or losing his most versatile player for nothing.

If McNair matches Bogdanovic’s offer sheet, it comes with the understanding that by league rules, he can’t trade the 28-year-old for a year without his permission. McNair also can’t trade Bogdanovic to the Hawks under any circumstance for a full calendar year.

McNair is in a no-win situation here. If he matches, he basically hamstrings his cap with Vlade Divac’s roster for the next two or three years, barring major trades.

If he allows Bogdanovic to walk, he severely limits his team’s ability to compete at all for the 2020-21 season.

Bogdanovic’s offer sheet isn’t obscene, but according to reports, it comes with a 15-percent trade kicker that complicates matters. It also has a player option for the final year.

More details on the Bogdan Bogdanovic deal with Atlanta (with Kings having 48 hours to match), per source to @TheAthletic: Trade kicker of 15%, aforementioned player option in Year No. 4. If Kings match, Bogdan would have, in essence, a no-trade clause for one year.

McNair is caught between a complete tear down and a roster that struggled to win 31 games last season. He has already lost front court depth in Giles and versatility at the wing in Bazemore.

The free agent market is drying up fast and the Kings have made one transaction — agreeing to an extension with De’Aaron Fox.

Maybe this was all by design. Maybe this is the reset McNair wanted or needed. Either way, it’s a difficult morning to be a Kings fan as the hits keep coming.