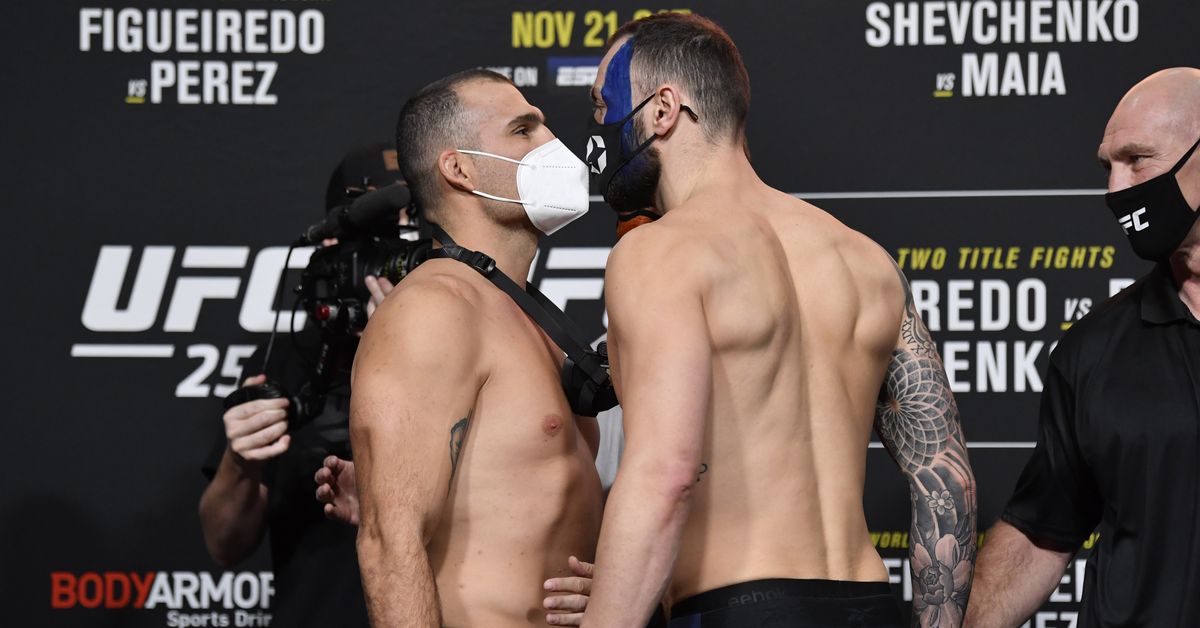 This is the UFC 255 live blog for Mauricio Rua vs. Paul Craig, a light heavyweight main card bout on Saturday’s fight card at UFC APEX in Las Vegas.

The fight is a rematch of a bout that took place in November 2019 at UFC Sao Paulo. A strong start for Craig led to a comeback from ex-champ Rua as the fight went into deep waters, and after three rounds, a split draw was declared. The fighters went their separate ways and picked up wins in their next bouts, with Rua earning a third win over Antonio Rogerio Nogueira and Craig delivering another vintage submission win with a triangle of Gadzhimurad Antigulov.

At 38, Rua is close to the end of his career and is taking his future on a fight-by-fight basis, with injuries prompting long layoffs from the octagon. Craig, meanwhile, has struggled to build momentum, bouncing between wins and losses over 10 fights in the UFC. Both fighters look to right the wrong of their first meeting and move on.

Check out the UFC 255 live blog below.