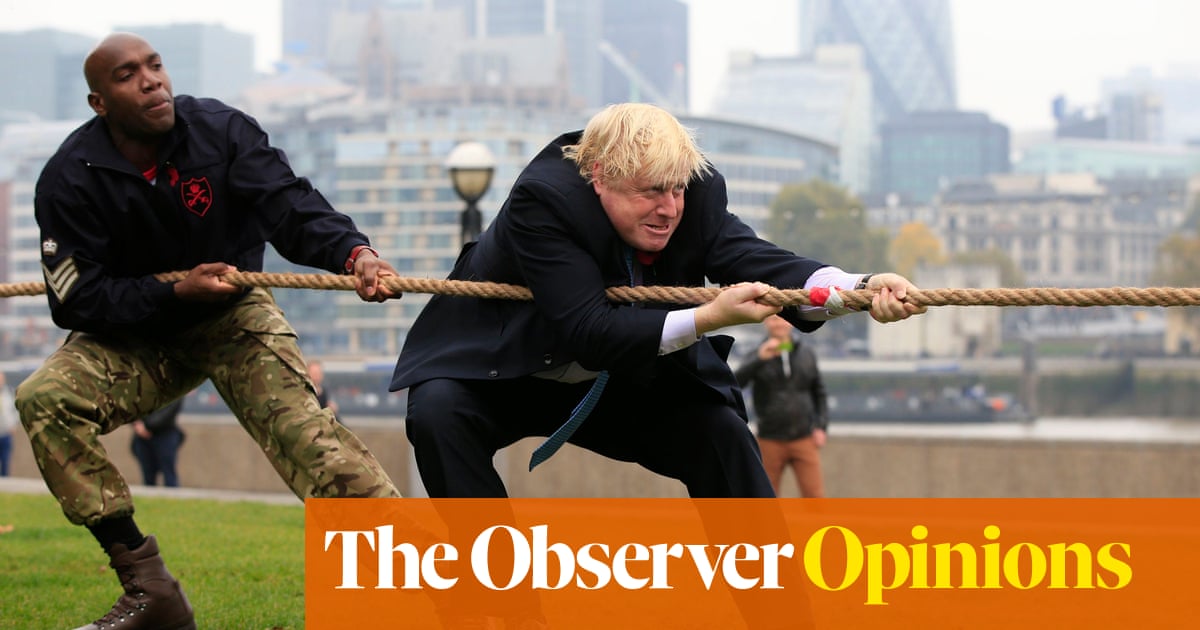 The “global Britain” mantra was adopted by Theresa May at the 2016 Conservative party conference in an attempt to define the country’s post-Brexit relationship with the world. According to the Foreign Office, it means “investing in our relationships, championing the rules-based international order and demonstrating that the UK is open, outward-looking and confident on the world stage”.

The fact that this is what postwar Britain has always done, or tried to do, has not deterred Boris Johnson from pretending it is a new idea. Yet his government has repeatedly failed to articulate coherent strategies for realising these laudable aims. An example is its the still-delayed integrated defence and foreign policy review. At a time when key relationships with the US, Europe and China face enormous strains, this lack of vision and direction is very damaging.

Parliament’s foreign affairs select committee highlighted the problem in a scathing recent report. “The UK’s international policy has been adrift. It has lacked clarity. More than four years after the soundbite was first used to encapsulate the UK’s international role… many of [the committee’s] contributors still told us that they did not know what ‘global Britain’ stood for.” Addressing this rudderless drift had been rendered more urgent by the pandemic, it said.

Johnson, the chancellor, Rishi Sunak, and blinkered Tory MPs who previously questioned the legally binding commitment to spend 0.7% of GDP on overseas aid should heed their warnings and those of 187 UK charities and aid organisations. “When 115 million people look set to be pushed back into extreme poverty, now is the time for an international, collaborative response to Covid-19,” they said in an open letter published last week.

Does Johnson really want G7 leaders, whom he will host next year, to worry about whether the UK can be trusted?

Speaking to the Observer today, the archbishop of Canterbury, Justin Welby echoes these concerns while making a broader point: “Keeping our aid commitment is a strong signal that the UK is a reliable partner for long-term economic, social, environmental and educational advancement across the globe.” Reliability is fundamental to the “global Britain” message. Does Johnson really want G7 leaders, whom he will host next year, to worry about whether the UK can be trusted?

The chronic absence of thought-through strategy is also apparent in last week’s defence announcement, peppered with grandiose Johnsonian claims and headline-catching wheezes. It is sensible to update Britain’s cyber defences, but whether Britain needs its own “space command”, mimicking Donald Trump’s, is more open to question.

To allocate a whopping £16.5bn to defence, on top of the annual inflation-proofed budget of £41.5bn, without explaining how this makes citizens safer, or how it will be funded, is irresponsible. It is insulting to all those who measure security by our society’s ability, for example, to provide free school meals, reduce poverty, provide decent education and housing, halt Britain’s Covid-19 nightmare – and keep its foreign aid promises.

“The defence of the realm must come first,” Johnson pompously proclaimed, using language reminiscent of the 19th century. Does he anticipate Nelsonian naval battles against invading French fishermen and Sudanese migrants after 1 January? In Johnson, strategic vision and common sense are equally lacking. Despite what he says, it really does not matter whether or not the UK remains Europe’s foremost military power. It’s not a competition. Those days are past.

“Global Britain” does not mean Britain against the world. In a complex international arena, the focus must be on shared values, cooperation, alliances, soft power and integration, especially with the EU. In pronouncing on the future, Johnson shows he is stuck in the past.