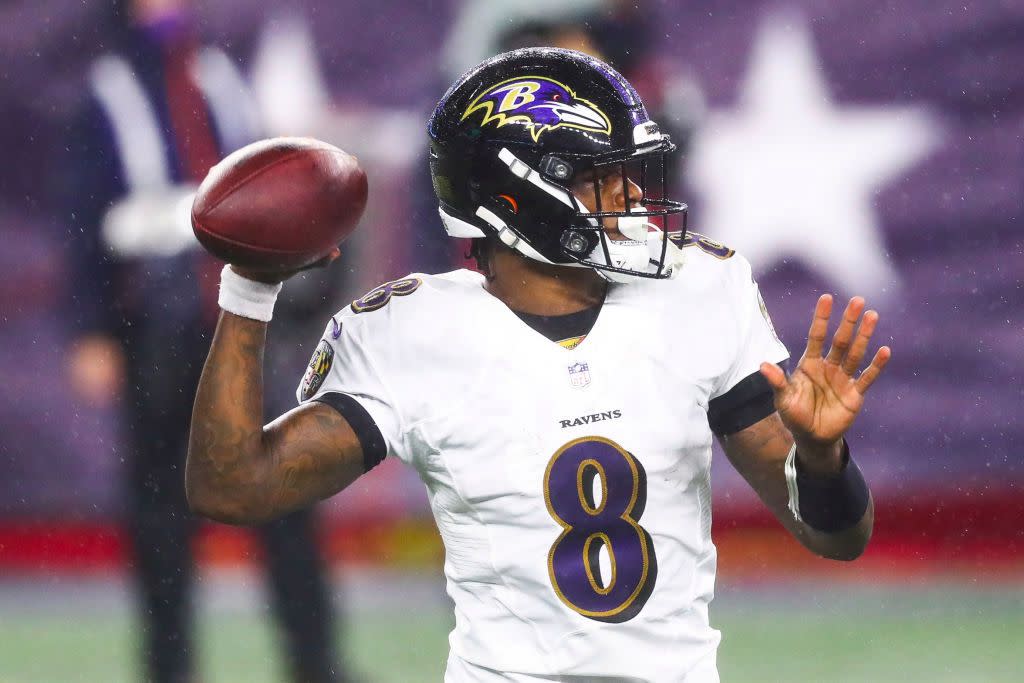 Coming off of losses in Week 10, the Baltimore Ravens (6-3) and Tennessee Titans (6-3) are looking to rebound in Week 11. Check out all you need to know about Ravens vs. Titans below including how to watch, start time, TV channel, odds and more. Plus, watch the video above for Ravens vs. Titans analysis, picks and more.

After a 23-17 loss to the New England Patriots on Sunday Night Football, the Ravens are now in a second-place tie with the Browns in the NFC North at 6-3, three games behind the Pittsburgh Steelers. The Ravens gave up 173 rushing yards to the Patriots, while Lamar Jackson ran for 55 yards and completed 24 of 34 passes for 249 yards and two touchdowns.

In Week 10, Ryan Tannehill threw for 147 yards and a touchdown, while Derrick Henry rushed for 103 yards. Colts RB Nyheim Hines scored two touchdowns on 115 total yards, while the Titans gave up 308 yards to Philip Rivers. The Titans and Colts are both at 6-3 atop the AFC South.

How to Watch Ravens vs. Titans

RELATED: Check out live odds for NFL Week 11 at Rotoworld.com

RELATED: How to watch Raiders vs. Chiefs on Sunday Night Football