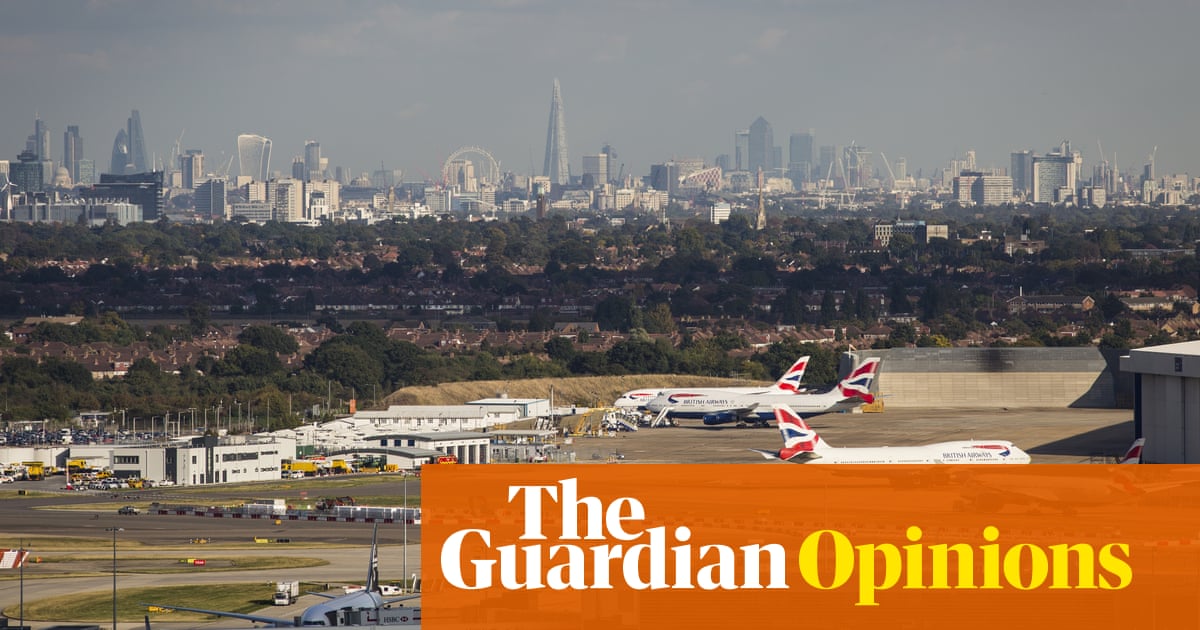 Everywhere in Britain the financial and social impact of Covid-19 is being felt. Up and down the land, whole industries have been affected and businesses, large and small, have been forced to close.

Hardest hit, though, have been the communities located around airports – those areas that provide the workers for their local airport, that rely on the terminals, the hangars and the economy that has grown up around it, for jobs and prosperity. At a stroke, with the onset of the pandemic and the collapse worldwide in air travel, that vital connection has been severely reduced.

Since then, it’s worsened. There’s little prospect of aviation returning to anything like its previous levels, not even with the advent of a vaccine, not in the short term. The damage may well prove to be permanent.

The immediate effects have been devastating. Our two communities, Hounslow in west London and Crawley in Sussex, have the awful distinction of heading the national league tables for numbers of furloughed and unemployed workers.

In Hounslow, next to Heathrow, and Crawley near Gatwick, 40% of our workforces were being supported by the state at the end of the summer. This number is likely to worsen. It is similar for parts of Birmingham, Essex, Leeds, Liverpool, Manchester, Teesside, Newcastle and Glasgow and the other districts where concentrations of airport workers live.

Each day brings news of further aviation redundancies and closures. In all, 733,000 jobs in, and connected to, Britain’s international and regional airports, are at risk from a prolonged downturn in air traffic.

Much attention, naturally, is devoted to the airlines and air crews, and the retail brands whose revenues have been decimated. What’s often forgotten is the ancillary staff. Little mention is made of the support workers, among them the cleaners, mechanics, attendants, drivers, waiters and kitchen staff, who toil behind the scenes serving the airlines, caterers, hangars, stores, bars, restaurants, hotels, lounges and transport providers that make up a modern airport.

And not just them, but the myriad small, medium and large enterprises that develop around an airport and count on it for business. In normal times, they all help sustain the local economy.

Many of these jobs are low-skilled and pay low wages. Many of those who do them are from the younger and older age groups of the working population. Many too, are from BAME communities. They’re likely to have difficulty in finding suitable alternative employment.

Hounslow commissioned a study from Oxford Economics on the cost to its economy from Heathrow’s slump. Its experts put the total at £1bn. That bill will be repeated, pro rata, at the other reeling aviation communities.

It’s not just a financial loss – the air travel downturn is going to be reflected in increased social, health and mental health problems, and in crime. Hounslow has witnessed a 200% rise in domestic violence cases since the outbreak began. These, too, are places that are feeling the widespread ravages of Covid – their high streets are haemorrhaging, the same as elsewhere in Britain.

This aviation crisis is not going to end immediately – air travel, the industry leaders are predicting, is not facing a quick bounce-back. Passenger volumes aren’t expected to return to their 2019 levels until 2023 at the earliest, while air freight is likely to take longer.

These communities were facing uncertainty even before the advent of coronavirus. Environmental concerns were putting the brakes on airport expansion and future employment prospects.

This is why, from Hounslow and Crawley, we’re coming together with the other affected areas to hold the first Aviation Communities Summit on Tuesday 24 November – to assess the economic and social harm, and to ask the government to establish an aviation communities fund to meet the immediate and longer-term needs. It is cross-party, non-political. At stake is the future wellbeing of hundreds of thousands of people.

We must provide people with the skills so they can seek new opportunities. The different schemes aimed at apprenticeships and providing adult education programmes should, in the light of this unfolding disaster, be revisited, possibly consolidated and be made more relevant to future needs.

The infrastructure provision in these areas should be reassessed and if required, rebalanced, to reflect the shifting economic landscape. We must focus on attracting new business, new investment, that’s not so dependent on aviation.

None of this, we know, will be cheap. We are considering, therefore, exploring a funding mechanism, once air travel has recovered, that can be used to benefit communities in a major levelling-up initiative.

These and other positive, proactive suggestions are what we – Britain’s communities that depend so much on our airports – would like to explore, starting with the unprecedented summit with the government and our stakeholders.