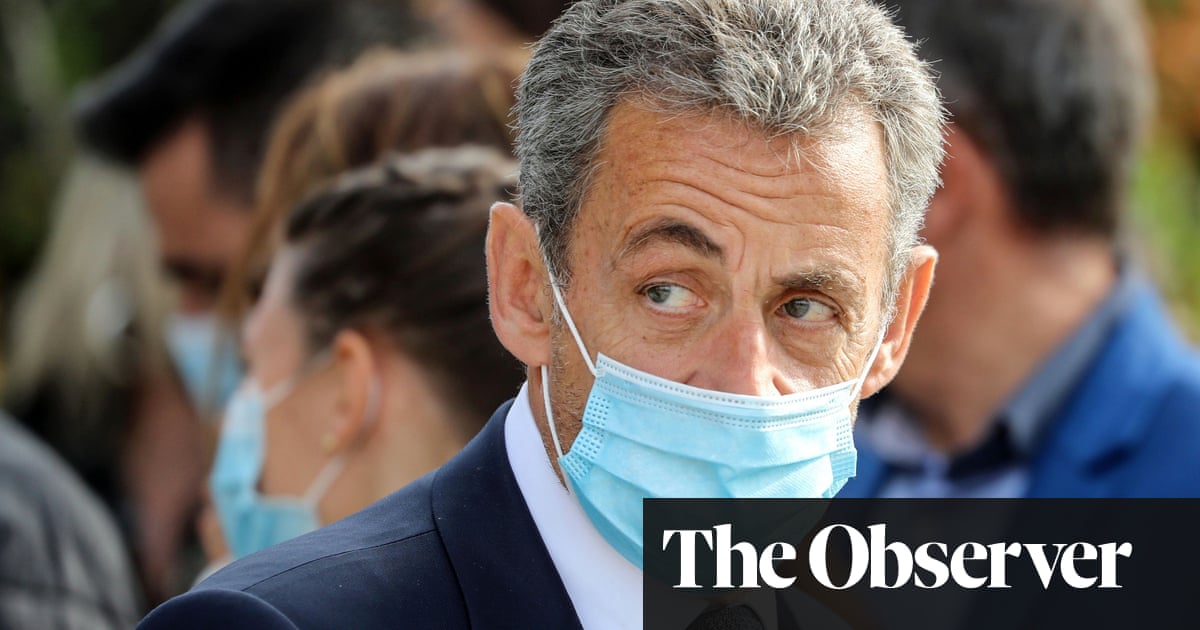 Nicolas Sarkozy, the former French president, will make history on Monday when he appears in court accused of corruption and influence peddling.

The case is the first of several investigations against the rightwing politician who led France between 2007 and 2012 to come before judges after years of attempts to have the charges dropped or nullified.

In a case known as the “bugging affair”, the prosecution alleges Sarkozy and his lawyer, Thierry Herzog, attempted to bribe a senior magistrate, Gilbert Azibert, to hand over secret information from a separate investigation against the former French leader. In return, Sarkozy is accused of offering to help secure Azibert a cushy job on the Côte d’Azur.

Sarkozy has been targeted in an array of legal investigations – from allegations of receiving illicit campaign funding from the late Libyan leader Muammar Gaddafi to receiving alleged kickbacks from arms sales to Pakistan.

French detectives began monitoring Sarkozy’s communications in September 2013 as part of an investigation into claims he had a received an undeclared and illegal €50m donation from Gaddafi to fund his successful 2007 presidential campaign.

What they heard from the recorded conversations, however, pointed investigators in an entirely new and unexpected direction. They revealed the former president and Herzog were “secretly” communicating using mobile telephones registered under false names. Sarkozy’s phone was attributed to a Paul Bismuth.

Additional wiretaps on these phones picked up conversations suggesting that Sarkozy had been in contact with Azibert, then a member of the Cour de Cassation – the highest court in France – via Herzog to request confidential information about a separate investigation into whether Sarkozy received donations from the ailing L’Oréal heiress, Liliane Bettencourt.

Investigators had seized Sarkozy’s diaries as part of the Bettencourt investigation, and the former president allegedly wanted Azibert to find out what they planned to do with them. In return, it is alleged he promised to put in a word to have Azibert appointed to a sinecure in Monaco.

The Bettencourt case was eventually dropped, but by then the corruption and influence-peddling investigation had been opened.

Sarkozy has always strenuously denied any wrongdoing in all past and present investigations. He claimed the Bismuth accusations were “an insult to my intelligence”.

Herzog also argued that the bugging and recording of their phones broke client confidentiality rules, but his repeated attempts to have the evidence thrown out or the case dismissed failed.

The three defendants, Sarkozy, Herzog and Azibert, are accused of “corruption” and “influence peddling”. Herzog and Azibert are also charged with “violating professional secrets”. They all risk up to 10 years in prison and large fines if convicted.

In its requisition, the National Financial Prosecutor’s Office (PNF) accused Sarkozy of behaving like a “seasoned offender” and accused his lawyers of “paralysing” the investigation with numerous appeals.

Sarkozy’s supporters, including former justice minister Rachida Dati, have, in turn, accused the PNF, created under his successor, the Socialist François Hollande, of dispensing “political justice”.

However, Fabrice Arfi, a senior editor at the news website Mediapart, who has carried out several in-depth investigations into allegations of political corruption, told the Observer Sarkozy’s attempts to divert attention from himself and point the finger at the legal and political system were “pure populism”.

“This is an historic trial for justice in France as it is the first time a president will appear in court accused of corruption. It is absolutely crucial and probably the biggest test France’s anti-corruption judges have faced,” Arfi said.

“Sarkozy is on trial but, instead of responding to the accusations, what he has tried to do is point the finger at France’s justice system and put it on trial. Here we have a former president behaving like Berlusconi and Trump.”

Sarkozy is expected to appear in court next year in yet another case, the “Bygmalion affair”, in which he is accused of overspending on his 2012 re-election bid. No dates have been set for court hearings in other investigations linked to Sarkozy.