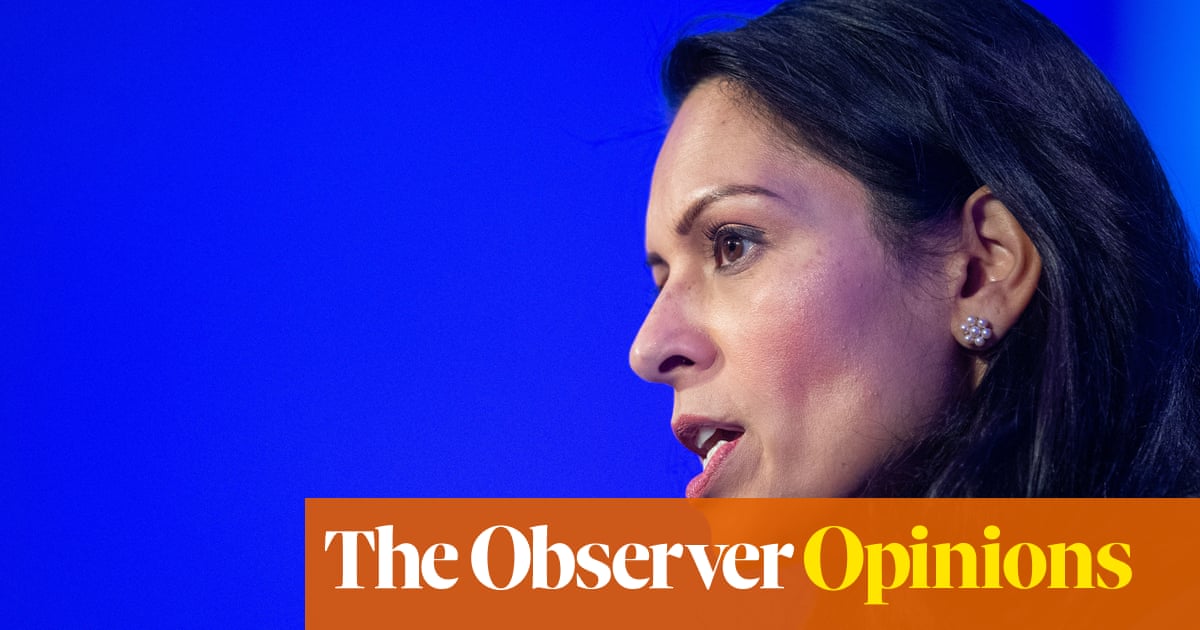 Boris Johnson once had some much-quoted fun at Hillary Clinton’s expense. His line, from 2007 – “She’s got dyed blond hair and pouty lips, and a steely blue stare, like a sadistic nurse in a mental hospital” – often featured in the anthologies of offensiveness that failed to prevent his premiership.

Following Dominic Cummings’ recent defenestration, a 2008 Johnson Spectator column is possibly more illuminating for additional comments on Clinton’s record as first lady: “Like a mixture,” Johnson wrote, “between Cherie Blair and Lady Macbeth, stamping her heel, bawling out subordinates and frisbeeing ashtrays at her erring husband.”

Even as he shuddered at activities that anticipate, almost spookily, those currently attributed to his fiancee, Carrie Symonds, Johnson favoured a Hillary presidency that, he believed, would restore power to her husband. That was assuming, he speculated, “the Clinton marriage is still standing, a shell-scarred monument to the triumph of hope over experience…” In fairness, Johnson may then have been between affairs, the super-injunction baby not arriving until 2009.

There’s always a Johnson column, isn’t there? Or a book. Usually more than one, where grossness towards women is concerned. Even when it appears these rich seams of misogyny must be exhausted, there’s always another gem to contrast with Johnson’s spasmodic attempts to pass off his ugly, frat-house, proudly women-averse administration as normal and completely unrelated to his habitual division of women into two types – shaggable and not.

Thus his occasional “I’m a feminist” should always be considered alongside, say, his mayoral rhapsody on “semi-naked” female Olympians “glistening like wet otters”. Dutiful tributes on International Women’s Day need placing, always, in the context of Johnson’s more characteristic perving. Here he considers Cherie Blair: “I know this is regarded by my chums as being bizarre to the point of fetishism,” he apologised. “I kind of like the look of her. I even like her new Rod Stewart hairdo and her lipsticked Liverpudlian sassiness.”

If some of these lapses have naturally been overlaid by more pressing evidence of incompetence, nepotism and sleaze, the latest attempts to reset Johnson as a valiant anti-misogynist, following the ejection of Cain/Cummings and the parallel ascendancy of what the Sun calls “Team Symonds”, surely demands their re-exhumation before any myth of long-suppressed reverence for women can take hold.

Already, the willingness of Johnson’s putative female saviours – Symonds, his adviser Munira Mirza and Allegra Stratton, his new press secretary – to overlook his record of being both toxic to individual women and, in public, hostile to female representation, seems to have worked some vaguely feminist-looking magic, though the idea of an end to a bullying culture might be difficult to reconcile with the continuing presence in government of Priti Patel.

In early outings, Stratton, a popular media figure, has shown she could even, assuming continued docility from her former colleagues, rise to a challenge that has defeated US apologists such as Kellyanne Conway and Sarah Huckabee Sanders: that of promoting the interests of a misogynistic narcissist without suffering proportionate reputational damage. In time, if she pulls that off, the suggestion that it might be unhelpful of influential women to burnish the reputations of powerful predatory misogynists might itself, as Team Symonds seems to hope, come to seem as misogynistic as, for instance, more traditional Johnsonisms about breasts and blonds. It would be hardly more absurd, anyway, than Stratton’s current contention, in the face of her own appointment, that Downing Street is ever so grateful, honestly, to the British press.

Yet more unexpected, given her fiance’s dedication to female domestication, is the irruption into national life of Carrie Symonds, with a new narrative that, perhaps justifying her reputation for PR genius, depicts him as, essentially, a latterday Mary Wollstonecraft. Isn’t Mary also unjustly depicted as, principally, a hideous excrescence by a society still unable to recognise her singular contribution to women’s progress?

Only accidentally, we now find, did Johnson the soft-hearted feminist ever fall in with a doggedly nasty, girl-hating gang, led by Cummings, who came up with names such as Caino and Roxstar and called their own Violet Elizabeth Bott, to the delight of incels everywhere, “Princess Nut-Nut”. It will be further evidence, no doubt, of our misapprehensions about Johnson that his dehumanising comments along “sadistic nurse” and “lipsticked Liverpudlian” lines will not now allow him to forgive chipmunk-themed disrespect to Symonds.

As for her, she seems likewise unwilling, notwithstanding a career promoting some of the country’s ghastliest Conservatives, now to be perceived as less than perfectly feminist. Allusions to Lady Macbeth (outside her own partner’s henpecked-themed columns) only illustrate, for Symonds’s side, the shocking misogyny from which Downing Street has finally, thanks to her bravely concealed defiance, been delivered.

Some will probably excuse Symonds her readiness to overlook Johnson’s previous comments on female politicians who had scored high on his “tottymeter”. She was only eight, after all, when Johnson, aged 32, wrote about women at a Labour conference: “It is not the great smell of Brut that makes John Prescott attractive. It is the whiff of power. With the fickleness of their sex, they are following the polls.”

On the other hand, Symonds was herself pushing 32 when, with his pre-Covid reshuffle, Johnson responded to comments by senior female colleagues about toxic masculinity, sexism and inadequate representation by reducing the already pitiful number of prominent women, thereafter relying on unaccountable subgroups largely composed of men acknowledged to be among the most terrifyingly thick, weird and/or dodgy in recent political history. That the surviving female luminary is – still – Priti Patel, the officially accredited bully, only confirms that for Johnson, as for Cummings, the culture he craved was stereotypically, disastrously, male.

The resulting need for a team of loyal women to rinse Johnson off, prop him up, and blame the whole, sorry mess on Cummings would be sublime if they weren’t unelected and, worse, worryingly capable of success.