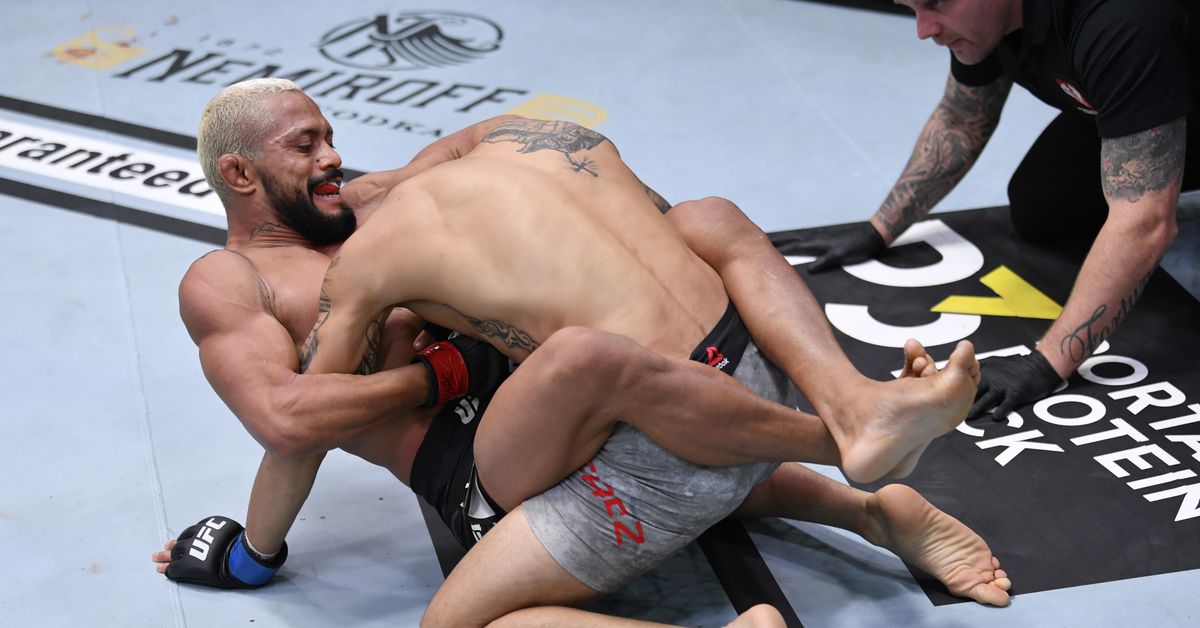 Deiveson Figueiredo needed less than two minutes to successfully defend his flyweight championship for the first time in the UFC 255 main event.

After dismantling Joseph Benavidez to claim the vacant title earlier this year, the Brazilian “God of War” made quick work of Alex Perez with a nasty guillotine choke with the fight coming to an end at just 1:57 in the first round. The victory marks Figueiredo’s first as champion and his fifth win in a row overall.

“I promised my master I was going to do this,” Figueiredo said about his submission win. “I trained for that and that’s exactly what happened.”

Prior to latching onto the guillotine choke, Figueiredo seemed more than happy to trade bombs with Perez on the feet as both flyweights came out firing on all cylinders. While Perez was looking to use his kicks, Figueiredo went head hunting but neither really gained an upper hand in the exchanges.

Perez eventually decided to take Figueiredo to the ground as he grabbed a leg and attempted to put the champion on his back. In return, Figueiredo was quick to scramble out of a bad position as he continued to display his offense whether he was throwing with his hands or looking for submissions on the ground.

The end game after Perez turned out of a leg lock attempt and fell directly into Figueiredo’s waiting arms as he quickly grabbed onto the guillotine choke. Despite his best efforts to break free, Perez could not get his head out of the choke with Figueiredo applying incredibly pressure until he finally got the tap.

The win keeps Figueiredo on top of the flyweight division with a growing list of contenders looking to challenge for his championship. While former bantamweight king Cody Garbrandt was originally scheduled for UFC 255 before an injury knocked him out, Figueiredo doesn’t appear all that interested in rebooking that fight.

Instead, he turned his attention to a different flyweight, who picked up a statement win on the UFC 255 prelims.

“I want to face Brandon Moreno,” Figueiredo said. “Dana [White], make this happen. That’s the fight I want to happen.”