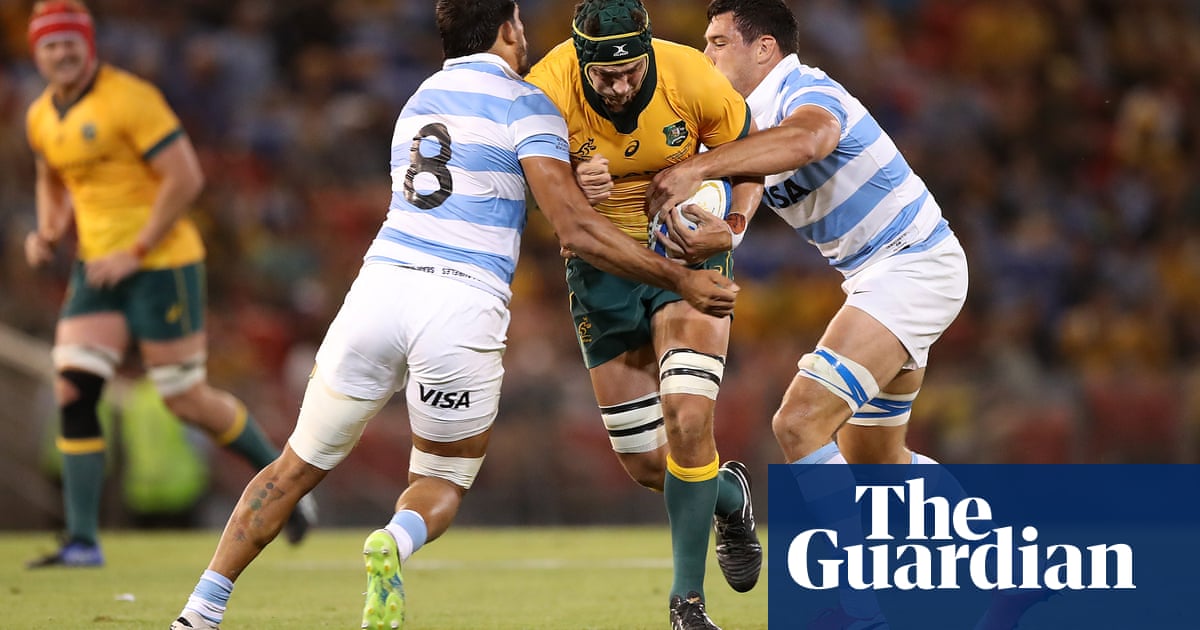 The Wallabies were held to a 15-all draw with Argentina in their Tri-Nations Test in Newcastle. It was a frustrating result that felt like a loss after Australia failed to overcome an overwhelming urge for self-destruction.

The Wallabies squandered a golden chance to climb to the top of the Tri-Nations table, and they were their own worst enemies at times. They created enough opportunities, especially in the first-half, but failed to convert them into points.

In a tryless encounter, all the scoring came from the boots of Wallabies five-eighth Reece Hodge and Argentina No.10 Nicolás Sánchez for only the second ever draw between the two teams.

With four minutes remaining Hodge stepped up for a potential match-winning penalty goal, but the ball sailed to the right of the posts. Then in the 79th minute outside centre Jordan Petaia kicked the ball away with the Wallabies on the attack, a poor decision that summed up Australia’s night. But the Wallabies should have closed the game out well before that.

In the previous two weeks both the Wallabies and Argentina recorded upset wins against the All Blacks, but the Pumas seemed drained physically and emotionally after their historic 25-15 victory last Saturday.

Argentina coaching consultant and former Australia coach Michael Cheika wore civvies in the coaches’ box, perhaps a sign of respect to the Wallabies, who dominated early. That dominance only led to a 9-6 advantage at half-time, but home fans would have been disappointed not to have been in front by at least 10 points.

Playing into the breeze, the Wallabies enjoyed 70 per cent of the possession and played the majority of the half in Argentina’s territory, but did not really have a lot to show for it. Unlike the All Blacks, who tried to go through the middle of the Pumas, the Wallabies played with width to keep the ball away from the powerful Argentinian forwards.

There was a lot of good work by the Wallabies, including variety in attack, but it was undone by errors. Every time the Wallabies threatened, play broke down with a knock-on, a turnover, a silly penalty or a crooked throw to the lineout. Australia bombed at least two tries in the first-half alone. In the 14th minute Petaia put a foot on the dead ball line while grounding a grubber kick into the Pumas’ in-goal by inside centre Hunter Paisami. Winger Marika Koroibete touched down in the left corner in the 40th minute, but a pass from fullback Tom Banks in the build-up was clearly forward.

Australia’s mistakes enabled the Pumas to weather the storm, stay in the game, and then threaten to win it.

The five-eighth put the Pumas in front in the 31st minute after Wallabies prop Taniela Tupou was caught offside in defence. Hodge soon restored parity after the Pumas were caught with hands in a ruck.

Hodge kicked the Wallabies ahead either side of half-time and Australia looked clear favourites when Argentina hooker Julian Montoya was yellow carded for slowing down the ball on 44 minutes.

Hodge extended the lead to 15-6 with a penalty goal in the 56th minute, and that should have been a comfortable enough margin to see Australia home. But the Pumas began to gain ascendancy in the scrum and Sánchez narrowed the lead in the 63rd minute after the Wallabies’ front row collapsed.

Sánchez made it a three point game with a penalty in the 67th minute from 46 metres and then levelled the score at 15-all in the 70th after second rower Matt Phillip was caught carelessly offside. Despite the late flourishes from both teams, that was how it ended.

The game was played in front of a 12,000, Covid-19 restricted, sell-out crowd at McDonald Jones Stadium. The Tri-Nations trophy remains up for grabs with all three teams on six competition points.