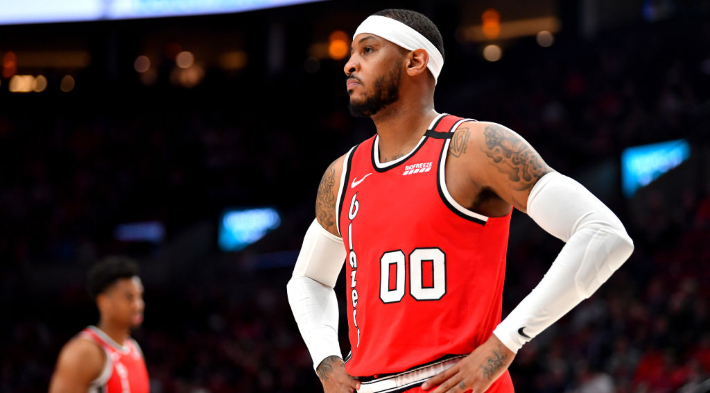 Carmelo Anthony’s career looked like it hit a dead end before the Portland Trail Blazers, out of a necessity for damn near anyone to play power forward, came calling last year. Things ended up working out pretty well with that arrangement, and as a result, Anthony will stick around in the Pacific Northwest.

According to Shams Charania of The Athletic, Anthony and the Blazers are on the verge of agreeing to a deal to bring him back. Subsequent reporting indicated that Anthony will receive a one-year deal.

Anthony had been linked to a potential return to the New York Knicks during various points this offseason, but obviously, those did not come to fruition. Instead, he will return to the place where he’s been the best fit at any point since he left the Knicks. He slotted in comfortably as a third option next to Damian Lillard and CJ McCollum, averaging 15.4 points and 6.3 rebounds in 32.8 minutes per game. We also got a glimpse of some of the best three-point shooting of his career, as Anthony connected on 38.5 percent of his triples.

The days of Anthony being a no-doubt first option for a really good team are probably gone. He showed last season that he can still contribute to a team positively, and as a result, he’s headed back to Portland.