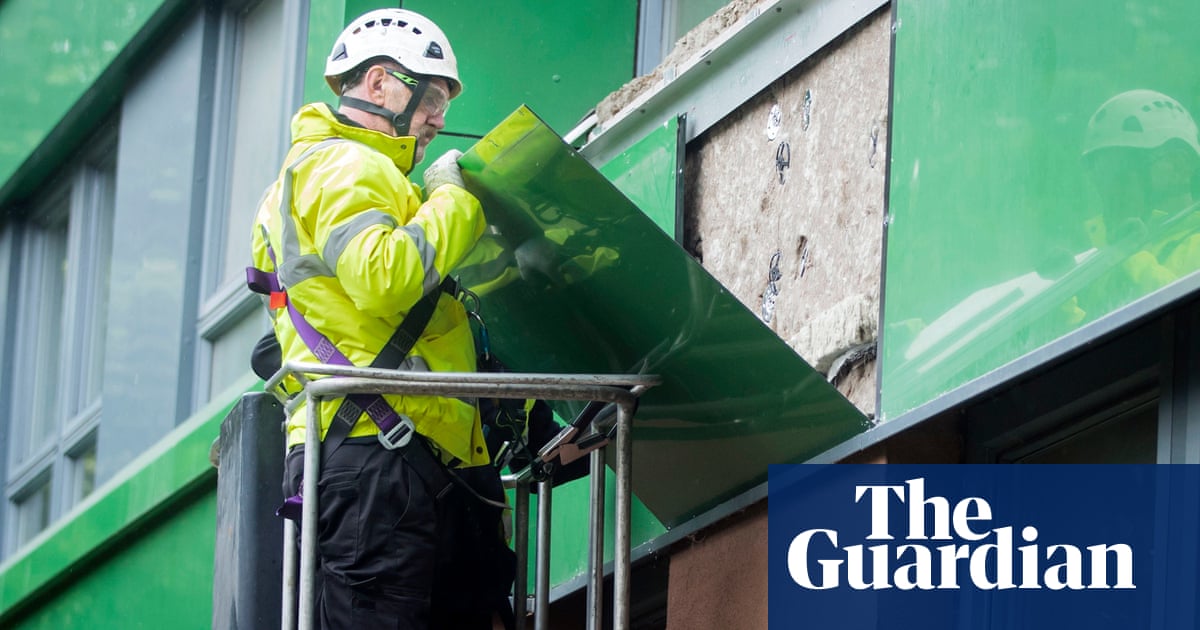 Safety checks introduced after the Grenfell fire will no longer be required for homes in buildings without external cladding after thousands of owners were left “in limbo” by the requirement.

In the wake of the disaster, which claimed the lives of 72 people in 2017, surveyors acting for mortgage lenders began carrying out an external wall fire review – known as an EWS1 – on flats before they could be sold or remortgaged.

EWS1s were requested in some cases even if buildings did not have external cladding – one of the causes of the Grenfell fire – delaying the sales process and leaving many flat owners frustrated.

But the government announced on Saturday that the forms will no longer be necessary for buildings that do not have cladding, following an agreement with the Royal Institution of Chartered Surveyors (RICS), UK Finance and the Building Societies Association (BSA).

The housing secretary, Robert Jenrick, said: “Through no fault of their own, some flat owners have been unable to sell or remortgage their homes, and this cannot be allowed to continue.

“That’s why the government has secured agreement that the EWS1 form will not be needed on buildings where there is no cladding, providing certainty for the almost 450,000 homeowners who may have felt stuck in limbo.”

Building owners are legally required to undertake fire risk assessments on all blocks of flats, but the Ministry of Housing, Communities and Local Government (MHCLG) said new advice developed by the RICS will be made available for surveyors so that the number of buildings that require an EWS1 can be reduced.

The government has previously faced criticism from the Public Accounts Committee (PAC) which said that many people remain “trapped” in buildings with dangerous cladding, unable to sell flats that have depreciated massively in value.

The PAC said residents reported worsening mental health issues as a result of worries about their safety and faced high costs of funding interim measures such as “waking watches” – constant patrols to monitor buildings for signs of fire.

Meg Hillier MP, chairwoman of the PAC, said: “Thousands of people have been condemned to lives of stress and fear in unsaleable homes with life-changing bills – for the works and for the fire-watch that is necessary to allow them to sleep at night until it is done.

“The government has repeatedly made what turn out to be pie in the sky promises and then failed to plan, resource or deliver.”

The MHCLG has also announced nearly £700,000 to train more assessors, speeding up the valuation process for homeowners in cases where an EWS1 form is required.

The news has been welcomed by the BSA, which says the move will “focus attention for more investigation on the higher-risk buildings”.

A joint statement from the BSA and UK Finance, said: “We welcome the announcement of the training and guidance for valuers that will deliver more assessors and the work to ensure that these assessors have the necessary professional indemnity insurance.

“In time, this will enable a more proportionate approach, allowing these valuers to triage the buildings they look at and focus attention for more investigation on the higher-risk buildings.

“Lenders’ objective is to ensure the safety of all, whilst enabling a normally functioning market and we will continue to work with government and RICS in pursuit of the best solution for affected customers.

“In practical terms, with the exception of a few occasions where they were demanded in error, which have since been rectified, an EWS1 form has never been required for a building without any form of cladding.

“There are buildings which may look as though they are solid brick built, but are in fact clad with unknown materials behind the brick and some buildings with no cladding may have a balcony built of combustible material which a surveyor may refer for further investigation.”

The RICS chief executive, Sean Tompkins, said: “We are aware of the severe impact this has had on some homeowners and we agree that buildings without cladding should not be subject to the process.

“We will be taking forward work with industry on this. Further, we recognise the acute market shortage of fire engineers to carry out EWS1 assessments and welcome the government’s support on working with us to upskill other regulated professions, such as chartered building surveyors, to create additional capacity in the market.”