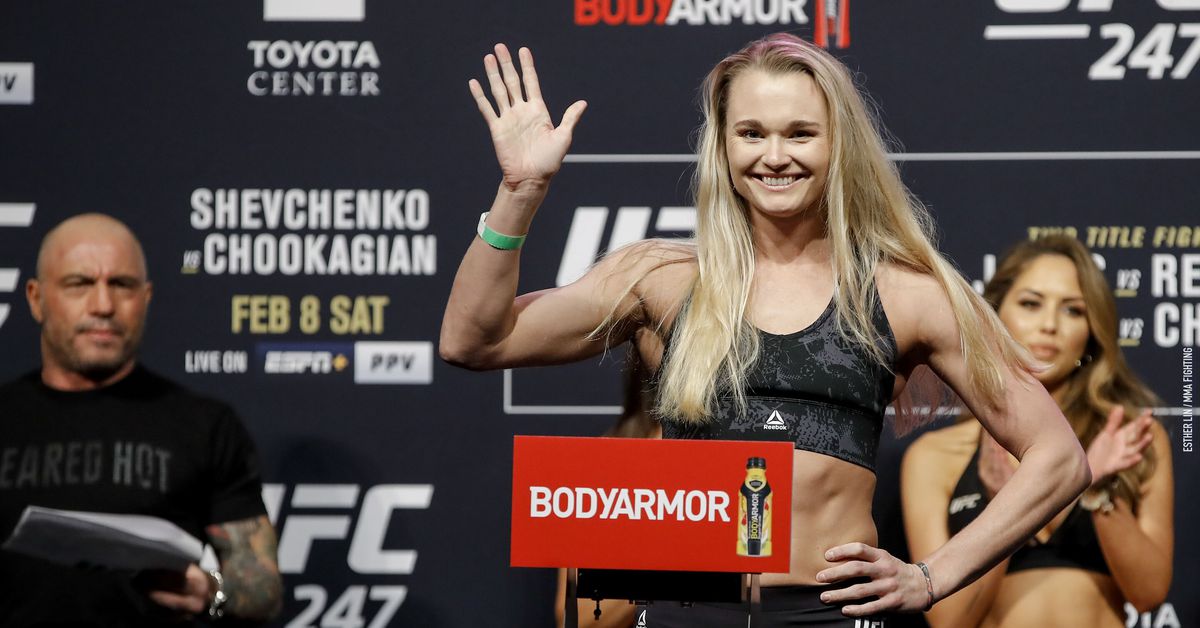 The UFC’s final PPV event of the year is targeting a top-15 matchup in the women’s flyweight division.

Multiple people with knowledge of the promotion’s plans confirmed to MMA Fighting that a fight between Andrea Lee and Gillian Robertson is in the works for UFC 256. The event takes place Dec. 12 at the UFC APEX in Las Vegas.

MMA Junkie was first to report the booking.

Lee is in the middle of the only losing streak of her career, which is now at three fights. After a 3-0 start to her UFC tenure, “KGB” lost back-to-back split decisions to Joanne Calderwood and Lauren Murphy. The 31-year-old faced Roxanne Modafferi in her most recent appearance and was on the wrong side of a unanimous decision. Lee will look for her first win since defeating Montana De La Rosa in June 2019.

Since a first-round TKO loss to Maycee Barber at UFC Boston in October 2019, Robertson has looked fantastic inside the octagon. “Savage” bounced back with a third-round submission win over Cortney Casey at UFC on ESPN 11 in June, along with a one-sided unanimous decision win over Poliana Botelho at UFC Fight Island 6 in October.

UFC 256 will be headlined by a bantamweight title fight between Petr Yan and Aljamain Sterling.