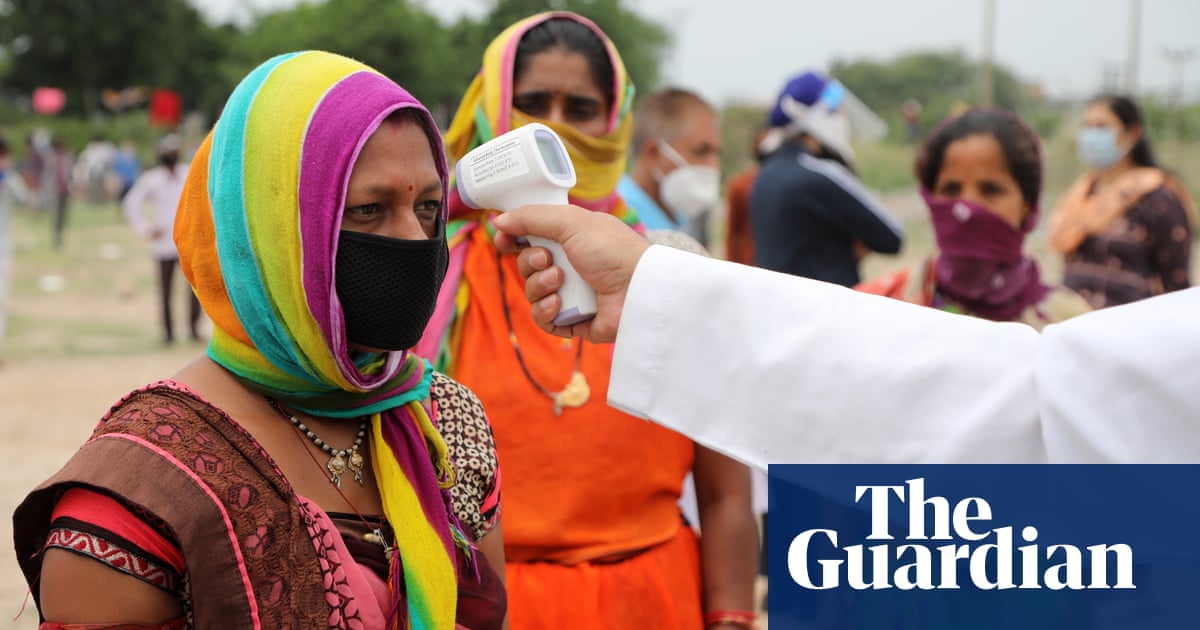 Public health groups are lobbying countries to commit a portion of their Covid-19 vaccine supplies to a “humanitarian buffer” that would be used to inoculate people living in rebel-held territories, those in asylum-seeker camps and others unlikely to receive vaccinations from their governments.

The stockpile is intended for use in emergencies and as a safety net to ensure the global effort to end the Covid-19 pandemic is not sabotaged by governments using vaccines as bargaining chip with restive populations, or simply denying it to some marginalised groups.

“In Syria there are a lot of internally displaced people who might end up in areas not controlled by the government, or they might be considered to be anti-government or pro-revolution,” said Alain Alsalhani, a vaccine pharmacist who works with Médecins Sans Frontières.

“There are also ethnic minorities or others who might be neglected, so typically in India’s Chhattisgarh state you have entire villages considered by the government to be pro-Maoist, and they don’t have access to any healthcare at all.”

The French government is understood to be taking the lead on rallying contributions to the buffer, with president Emmanuel Macron saying in a speech on Friday he hoped France and its European partners would donate a part of their doses to healthcare workers and others “who need it most, in the most fragile countries”.

Sources involved in the negotiations said French officials have flagged that giving between 1% and 5% of their doses on a rolling basis to the humanitarian stockpile would be politically realistic, though no figure has been finalised.

The Guardian understands the UK is so far resisting requests to commit a percentage of its first doses to the fund, though it has contributed £500m to the global vaccine-sharing scheme Covax and increased its funding of the World Health Organization (WHO) after the Donald Trump administration announced it was withdrawing from the group.

“Our ambition is to defeat this virus by working together globally to develop, mass produce and distribute a vaccine,” a British government spokesman said. “We are ensuring that people in the UK have access to a coronavirus vaccine once one meets robust standards of safety and effectiveness, but we’re also actively supporting equitable distribution in developing countries.”

The intention to create the buffer was announced by the WHO, but it is yet to give details of the size of the stockpile and how it would operate.

As more vaccines approach regulatory approval, attention is turning to the task of vaccinating enough of the world’s population to end the acute stage of the pandemic.

Katherine O’Brien, director of the WHO’s immunisation department, said this week the discovery of an effective vaccine was like building a base camp on Mount Everest. “The climb to the peak is really about delivering the vaccines,” she said.

Wealthy countries have reserved several times more vaccine doses than their populations will require, though some of the formulations they have secured may be found to be ineffective. The buying frenzy has raised fears that poorer countries may not receive adequate vaccine supplies until at least 2024.

The German president, Frank-Walter Steinmeier, highlighted the danger in a speech on Wednesday, saying the world needed to recognise that “it is in our own, enlightened interest to vaccinate some people in all countries first, and not all people in just a few countries first”.

Distributing Covid-19 vaccines has been described as one of the largest mass undertakings ever, requiring deep reserves of not just the inoculations but equipment such as vials, dry ice and refrigerators. Unicef announced last month that it was beginning to amass a stockpile of around 520m syringes in anticipation of the rollout.

Experts have warned that “vaccine nationalism” – in which countries prioritise inoculating their own populations before others – will needlessly prolong the pandemic by years.

In a call with reporters last week, Seth Berkley, the chief executive of Gavi, a global vaccine fund, cited Northwestern University research showing that if the first 2bn doses of Covid-19 vaccines were distributed proportionally by national population, worldwide deaths would reduce by 61%.

If the doses were monopolised by the world’s 50 richest countries, the global toll would fall by 33%, the study said. “[That is] the hard truth about this pandemic, until everyone is safe no one is safe,” Berkley said.