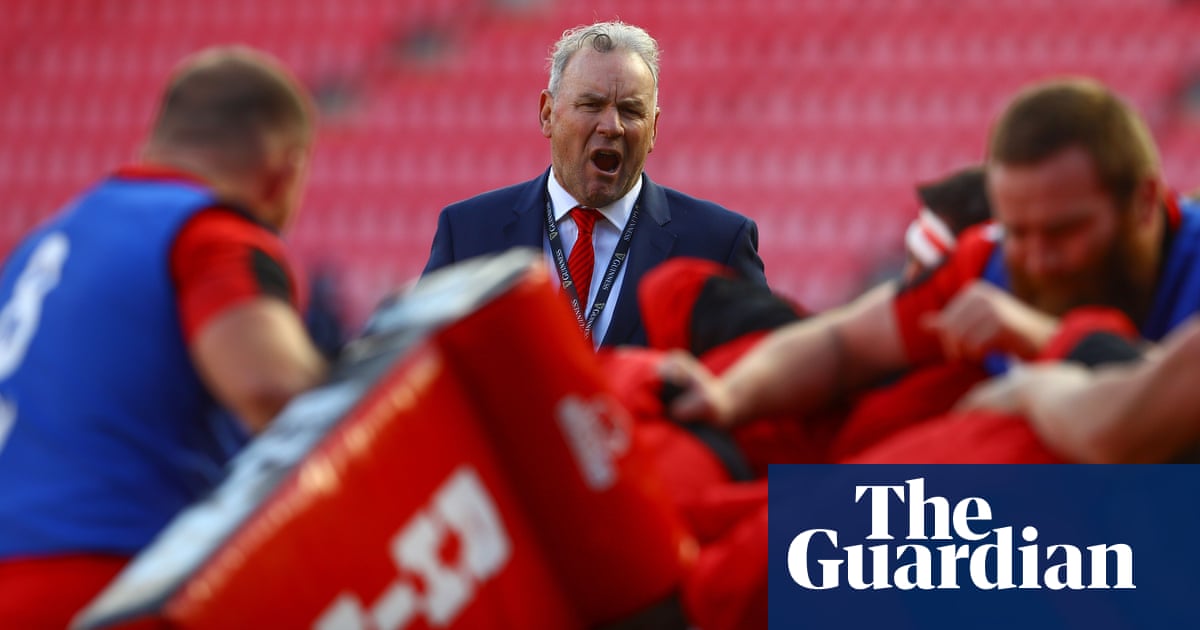 Wayne Pivac has had more than Georgia on his mind this week. The theme of his year as Wales’s head coach has been broken dreams and whatever the result in Llanelli against opponents who have conceded 88 points to Scotland and England in the last month while scoring seven, the day of reckoning will come seven days later when England make the journey west.

Wales’s descent from Six Nations champions and World Cup semi-finalists has been alarmingly precipitous. Six successive defeats have left Pivac standing on the brink in a country which had four head coaches between the 1987-91 and 2003-07 World Cups. It is not just the results: the performances, especially since the return from lockdown, have been the opposite of what went before, the bullies bashed.

Pivac was chosen to take over from Warren Gatland on a mandate of making the team more attacking and inventive, but the most naturally talented back division in the world would be ineffective behind a Wales pack that has been shoved around up front, unpicked at the line-out and outmuscled in contact and at the breakdown. Little possession and less territory have reduced opportunities to a trickle.

It has been more about attitude than tactics with Wales set in their ways after 12 years under Gatland. Pivac has so far relied on players moulded by his predecessor but six of the backs he has chosen against Georgia owe their elevation to him. Both half-backs are making their first starts, along with the centre Johnny Williams and the wing Louis Rees-Zammit, but if the formation for the first time reflects the instincts of the head coach, its impact will hinge on the amount of possession won by the forwards and the speed with which it is delivered.

Pivac has opted for experience in the pack against opponents who place emphasis on the set pieces. An exception is a debut for a flanker charged with beefing up Wales’s approach, James Botham, grandson of Sir Ian. He has played 13 matches for Cardiff Blues and if a cynical view is that his inclusion deleted gloomy headlines, he possesses an abrasiveness Wales have been lacking.

Wales struggled against the emerging nations in the Gatland years, with five narrow victories, including a 13-6 success against Georgia in 2017, a draw and a defeat in seven matches from 2009 before Tonga were thrashed in 2018. The common theme was a much-changed side that struggled for continuity and players who tried too hard to impress.

It was different when Wales played Georgia in the World Cup last year and confounded them by moving the ball quickly and widening the point of attack. They had the game won by half-time but for all their attack-mindedness in Toyota that night, everything was engineered on the training ground.

Gatland in training made up the considerable difference in standards between the regional and international games. Wales’s four regions remain on the margins of the elite game in Europe and a failing of the Welsh game in the past was to blame one person for failings and ignore structural issues. Pivac, not someone who hides from issues, has to do it his way and against Georgia he at last has a team that bears his imprint.