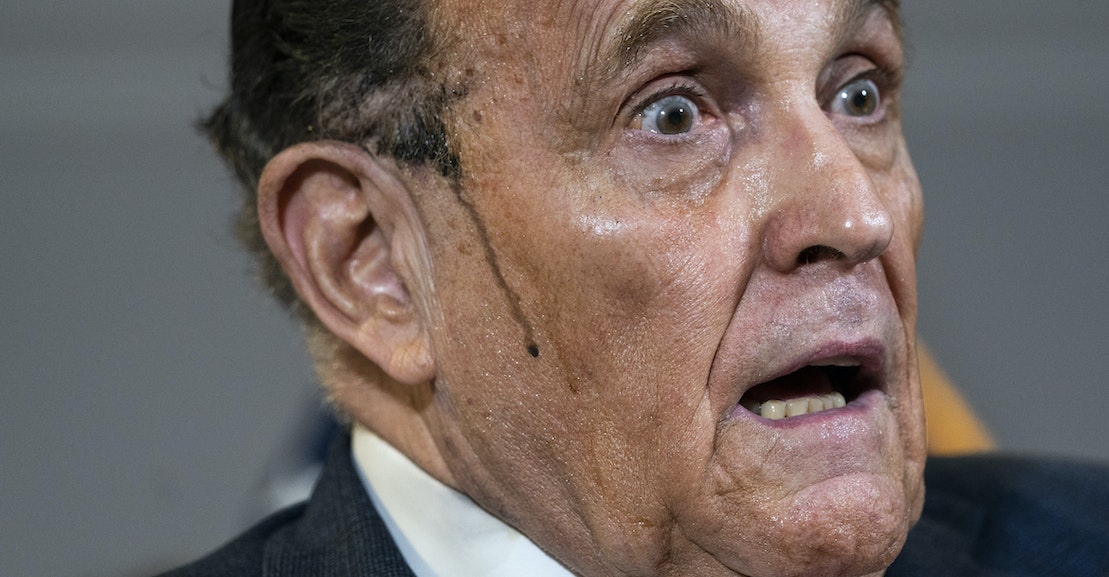 Again, the constant churn of these efforts to back Trump’s ridiculous claims aren’t pushing the president any closer to a second term. As Axios’ Glen Johnson points out, they are, if anything, “documenting his demise” and “showing Joe Biden’s victory to be all the more obvious and unassailable.” At some point, Trump’s lawyers will run out of lawsuits. Trump will go away. Biden will be inaugurated.

What’s chilling is that such a plot is feasible at all. Consider the pitfalls of the current attempt: Biden secured a large enough lead in the Electoral College that no one state can decide the outcome. Even if certification somehow doesn’t happen in Republican-led states that Biden won, the Democrats control the governorships and secretary of state offices in enough states to give Biden 270 electoral votes. Democrats also control the House of Representatives, and would almost certainly join with moderate Republican senators like Alaska’s Lisa Murkowski and Utah’s Mitt Romney to reject a Trump-aligned slate of rogue electors if one arises.

What if Biden’s Electoral College lead was much slimmer, and hinged on a more Trump-friendly state like Florida or Texas? What if Democrats hadn’t taken back the House in 2018, and Republicans instead had firm majorities in both chambers when the Electoral College votes were counted? What if the Republican candidate wasn’t Trump, whose authoritarian tendencies and reckless mendacity are already priced in, but a less polarizing figure who could make a more subtle and competent play for power? Thanks to Trump and his cronies, it’s no longer completely unthinkable for a president or candidate to demand that state legislatures try to overturn their own election results. He won’t succeed this time, but a future presidential candidate could make a similar attempt on far more favorable terrain.

America has many weeks of this stressful thrum to endure, and will have to confront the many forms that Trump’s dead-ender posse will take, whether it’s Trump-appointed bureaucrats at the General Services Administration declining to “ascertain” the election result, executive branch agencies refusing to participate in the presidential transition, or Trump loyalists whipping up discord and wreaking havoc with America’s pandemic response. Meanwhile on Capitol Hill, some members of the GOP are actively enabling Trump’s vain attempt to stay in the White House, while others pretend it’s all just a goof that needs to be “humored” for a time.