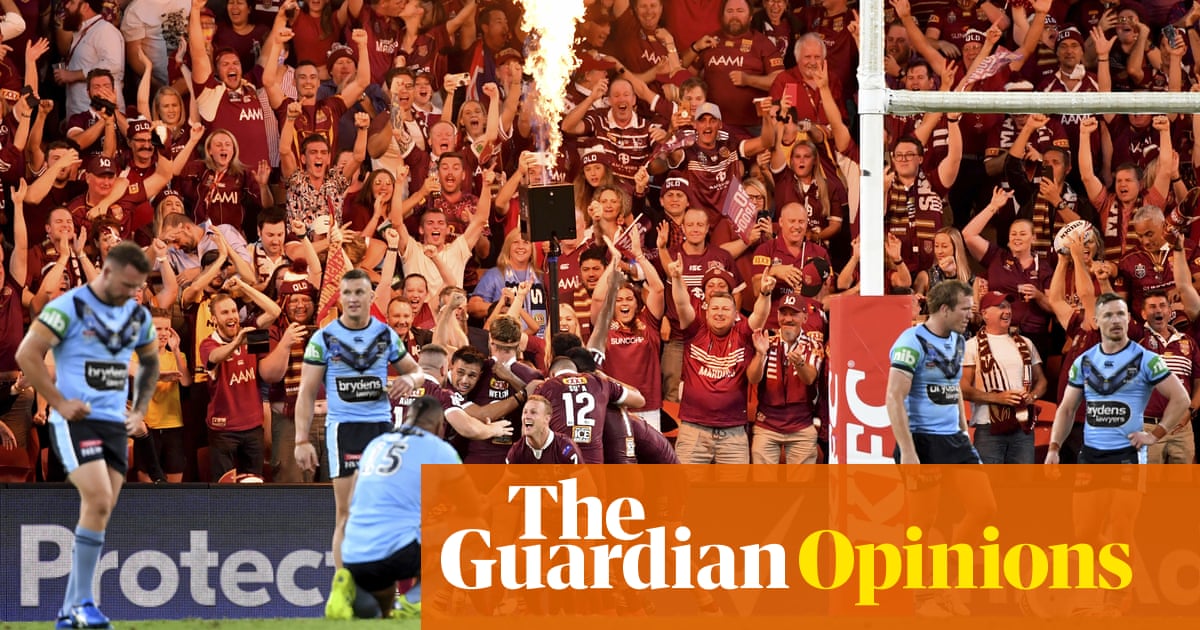 Wednesday was a historic night for Brisbane’s Suncorp stadium, and on the field, the Queensland Maroons beat the New South Wales Blues 20-14 in the State of Origin rugby league finale. But it was around the perimeter of the pitch that the real magic was happening. A sell-out crowd of 49,155 unmasked fans had gathered, a world record since the onset of Covid-19 – and, packed in side by side, they roared, arms aloft, with a volume and zeal appropriate to the spectacle.

The Dons return home: From memory lane to Plough Lane – in pictures

The stadium capacity cap had been lifted from 75% to 100% for the game in Queensland, where the borders remain closed, and it has been more than two months since the last locally transmitted case of Covid was detected.

For those of us locked down in the northern hemisphere, the photos and videos appeared as if beamed in via satellite from an alternative reality, or a mislabelled piece of archival footage. And for many of us, this disorientation is mixed with a deep envy – a longing for the multi-sensorial assault of crowd participation and a desire to explode like coiled springs from our months of social isolation and distancing – to hug strangers, throw ourselves into moshpits and sing along with anyone who happens to be singing anything, at all, anywhere. Until then, we remain in the uncanny valley that has become our everyday lives.

Watching the eerie theatre of the Premier League since it resumed without fans has felt like watching Lars von Trier’s Dogville – stripped back to its bare bones, an experience further disjointed by the needling artifice of fake crowd noise and the vast cardboard cut-outs and strange adverts that cover the empty seats. As a supporter of AFC Wimbledon, a team formed from scratch in 2002 by its supporters, when the original Wimbledon FC were uprooted to Milton Keynes by profit-hungry ghouls, I have long found myself repeating our unofficial motto: A football club is nothing without its fans. What Covid-19 has taught me is that this isn’t just a hokey truism. Untethered from the crowd that justifies their existence, the players and coaching staff are just a group of men naked before the Lord, shouting “Lines of four!” at each other at periodic intervals.

People have missed far more important things than football matches during the pandemic – births, marriages and deaths, chief among them – but there is a poignancy to the absence of crowds of strangers from our lives, all the same. My team has been without its own football ground for 29 years, and for my entire adult life, we have sung a song of yearning and anger: “Show me the way to Plough Lane, I’m tired and I want to go home.”

When, against unimaginable odds, Wimbledon did finally return to Plough Lane, to play their first ever match in their newly built stadium, on 3 November, of course I could not be there, and instead had to log on via a stream. The iFollow feed buffered for about a quarter of the match, and then the commentary cut out for another 20 minutes, leaving a howling void where our hoarse, delirious voices should have been. I clicked “refresh” about 300 times; I texted my father – with whom I should have been watching this truly historic event – in frustration. I distractedly dragged my laptop into the kitchen and did the washing up. The word anticlimax does not do it justice.

Before we can satisfy our elemental yearning to rejoin our fellow fans, comrades and congregants in a crowd, there are questions to consider. How long will it be until we can safely go back to full-capacity sporting events, clubs, carnivals and churches? Moreover, how will we feel when we do finally return to the crowd, after what is likely to have been more than a year of absence? With trepidation, with excitement, or – as I suspect – both at once, in great abundance? Many people hate and fear crowds at the best of times – they can trigger everything from mild anxiety to agoraphobia and PTSD. For those of us who love them and miss them, much of the thrill draws on the same roots as that anxiety – it is the desire to lose a part of yourself, and be overwhelmed.

Of course, there have been crowds in the UK since March – even if they have not had the official sanction of their 50,000 happy counterparts in Brisbane. And it’s worth considering why, in the spring and summer of 2020, tens of thousands of people across the country chose to join crowds – mostly at protests, but also illegal raves and block parties – despite all the dangers of a fatal pandemic. For that matter, why do people join crowds even in normal times? Given the anxiety, the possibility of violence, panic, crushes and clashes, the loss of control, of peace, of quiet, the suffocating of our individual agency, the muffling of our own voice – why do we do it?

I know the answer, because I have felt the visceral pull of the phantom crowd too, throughout the mind-numbing isolation of the pandemic. We join them because located there, in the heart of the crowd – as we are pummelled by noise, subsumed in something much bigger than ourselves – is something fundamental about what it is to be human. The innate instinct for crowd participation is like a muscle we haven’t been able to exercise – but one that is there all the same, and will never waste away.

• Dan Hancox is a freelance journalist and writer. He is the author of Inner City Pressure: the story of Grime and Kettled Youth, on the 2010 student protests