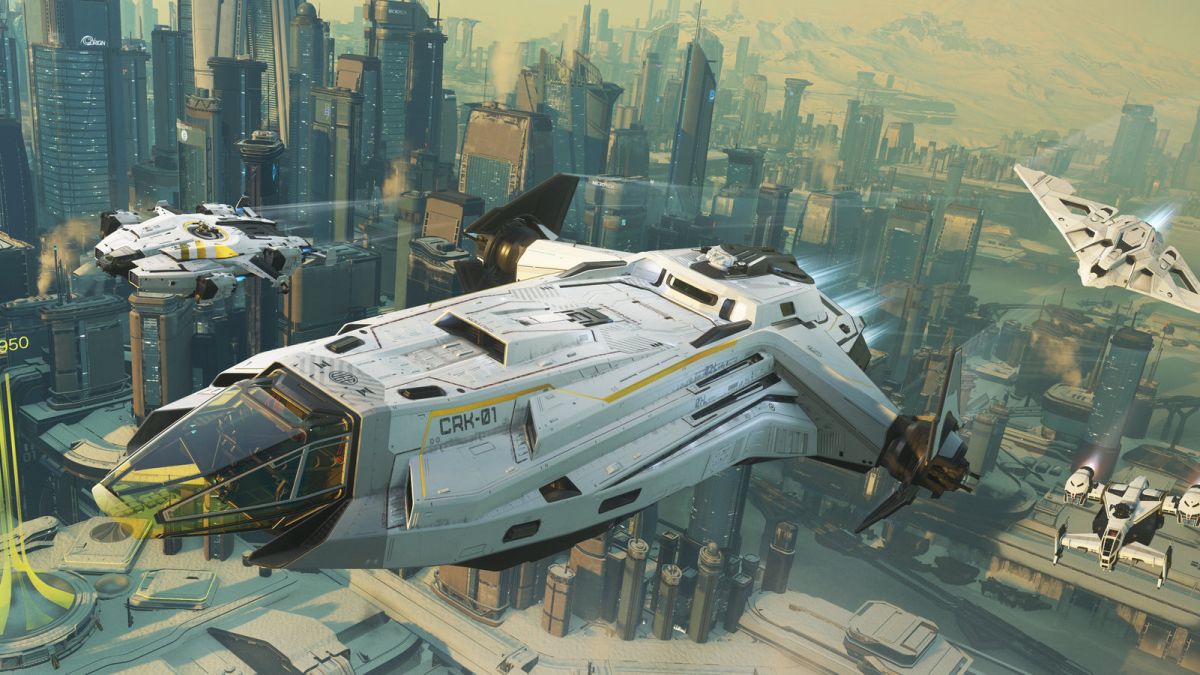 It’s time, once again, to see what on Earth is going on in Star Citizen. The never-ending space sim’s having another big free-fly event as part of the in-game Intergalactic Aerospace Expo 2950 event, letting you hop behind the cockpit of every ship currently occupying Roberts Space Industry’s hangars.

Taking place in a new (virtual) venue, the New Babbage Tobin Expo Centre, this month’s free fly event will let you have a crack at all 100+ ships currently in the game—including the brand new Mercury Star Runner, a nifty little combat hatchback.

Not all ships will be available at once, however. Each manufacturer will get its own day in the spotlight during the show, showcasing weapons and armour on the fringes of their room-filling spaceships, while a schedule on the RSI site lists which ships will be flyable on which days.

This’ll be the first time Star Citizen has done a free fly event since I built a new PC, mind, and I am tempted to have a poke and see if the ships are good. Even so, it’s increasingly hard to muster excitement for a game that’s consistently pushed back its own deadlines. Despite having brought in over $300 million as of June, singleplayer campaign Squadron 42 now sits without any anticipated release window.

Still, Chris Roberts insists a final release is coming, writing: “I can promise you the gameplay I described is not a pipe dream, nor will it take 10 to 20 years to deliver.”

The IAE free fly event kicks off today at 4 pm PST/10 pm GMT, letting you nip about the stars ’til December 2nd.