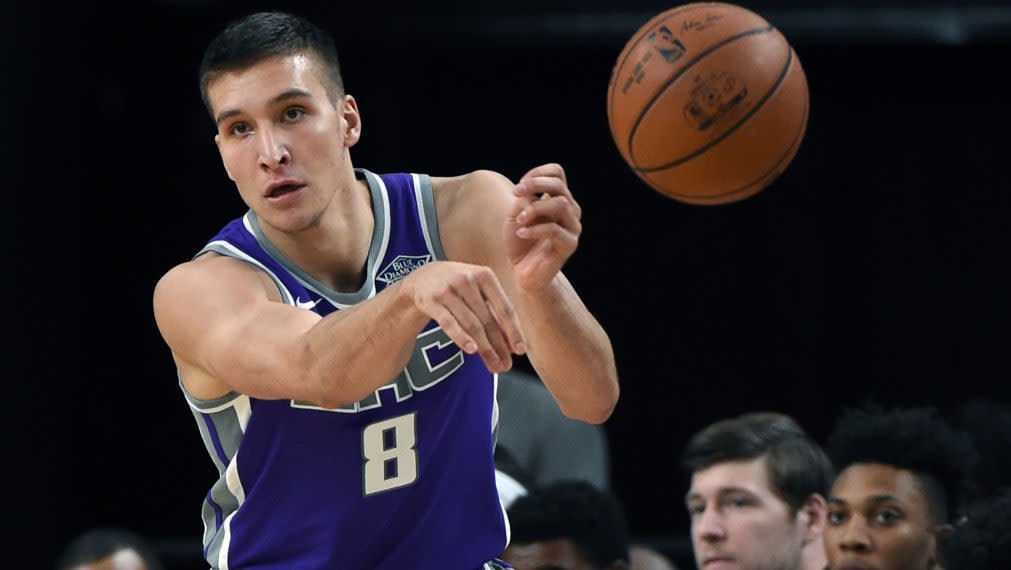 On Tuesday, reports leaked that Milwaukee and Sacramento had agreed to a sign-and-trade deal that would send Bogdan Bogdanovic to the Bucks for Ersan Ilyasova, Donte DiVincenzo, ad D.J. Wilson.

Now comes word that the league is investigating the proposed trade, reports Marc Stein of the New York Times.

The NBA has opened an investigation of the reported transaction involving Milwaukee and Sacramento that was to send Bogdan Bogdanovic to the Bucks via sign-and-trade after Friday’s scheduled start of free agency, @NYTSports has learned

That investigation could lead to a hefty fine for Milwaukee (they are the ones that technically tampered, the Kings can talk to their own free agent). Of course, what really matters in Milwaukee is what Giannis Antetokounmpo thinks.

Unclear, of course, is how all this lands with Giannis Antetokounmpo. There was great optimism late Monday and into Tuesday in Milwaukee that the apparent infusion of Jrue Holiday and Bogdan Bogdanovic would satisfy management’s postseason pledge to Giannis to improve the roster

Tampering runs rampant through the NBA — and seems more intense this year because of the condensed offseason — but it’s generally done through back channels or in more subtle ways that don’t end up getting reported out to the public.

This all still feels backward. The point of tampering rules is to level the playing field and keep big markets or owners willing to spend money from poaching superstars from smaller markets. In this case, the small market working hard to keep its two-time MVP in Antetokounmpo is the one getting punished. Is that how the system is supposed to work?