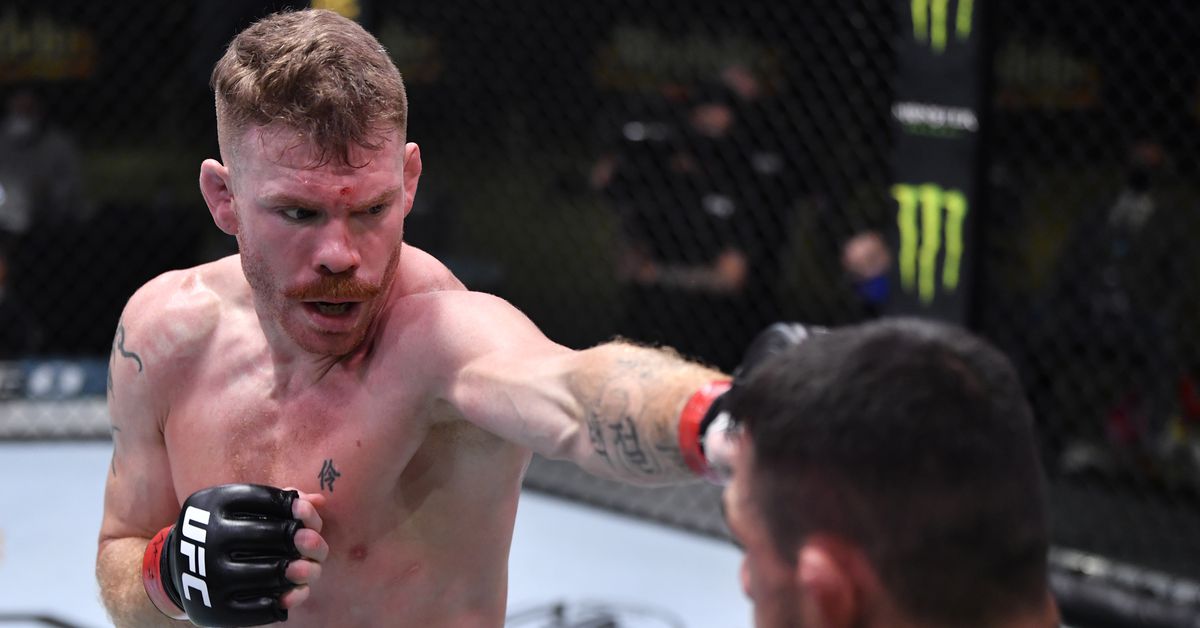 Paul Felder isn’t going anywhere but back to the octagon again.

After flirting with retirement earlier this year, the lightweight contender has just agreed to a new multi-fight contract with the UFC that will keep him with the promotion for the foreseeable future.

“It’s great to see Paul getting the love and respect from the MMA community and truly becoming the people’s champ,” Butler said. “We are happy to announce that we have extended his contract with the UFC and have eyes set on another run at the title. A lot of fun fights ahead, stay tuned.”

Felder received a ton of praise after he accepted a fight against former UFC lightweight champion Rafael dos Anjos on just five days’ notice after his original opponent Islam Makhachev was forced out of the main event.

Rather than request concessions in order to accept the fight, Felder made the weight cut down to 155 pounds and agreed to compete for all five rounds in the headline spot.

While he ultimately lost a split decision, Felder battled it out with dos Anjos for 25 consecutive minutes while undoubtedly gaining even more respect from his peers, the promotion and the fans.

Just days after Felder competed in the main event, he then turned around and called the season finale at Dana White’s Contender Series in Las Vegas despite the UFC offering to give him the night off. Felder insisted on serving as color commentator as he sat alongside play-by-play man Brendan Fitzgerald to call the fights.

There’s no word yet when Felder might want to make his return but given the circumstances of his most recent appearance against dos Anjos, it’s likely he’ll try to get a little more advance notice for his next fight.

With a new contract in hand, Felder definitely appears motivated to begin the climb back up the lightweight ranks when he next competes in 2021.