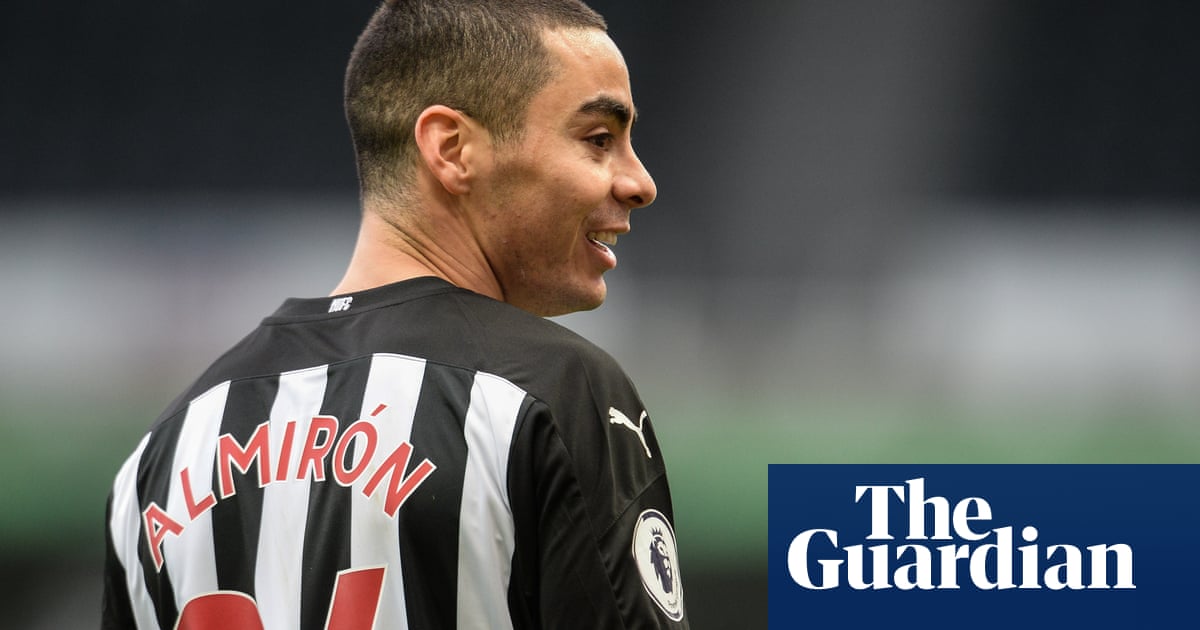 Steve Bruce has branded Miguel Almirón’s agent a “two-bob amateur” seeking to “make a fast buck” after Daniel Campos was reported as saying the Paraguayan playmaker is anxious to leave Newcastle.

Paraguayan radio quoted Campos as saying Almirón would be at Internazionale or Atlético Madrid were it not for the coronavirus pandemic.

Newcastle’s manager scheduled urgent talks with Almirón on Friday when the forward returned to training from international duty. “The quotes were so outrageous, it was bordering on the ridiculous,” said Bruce. “The agent proves to me he is an amateur looking to make a fast buck, which is pretty ridiculous. An agent who, two years in, is probably trying to profit again and take him somewhere else is just hugely disrespectful to all of us, and to this club, which has served Miguel so well, in particular.”

The 26-year-old – expected to start at home to Chelsea on Saturday lunchtime – was signed from the MLS club Atlanta in January 2019 by Rafael Benítez, for a then Newcastle record fee of about £21m but, although Campos claimed Almirón was unhappy with the team’s failure to play a possession game, Bruce believes he is content at St James’ Park.

“I will have a conversation with him, of course,” he said. “But Miguel is an unbelievable pro who has a great attitude to everything and is always smiling. If it was Miguel, who I’ve had the pleasure to work with for the last 15 months, knocking on my door and having a problem, I’d listen. But it’s a two-bob agent who has been hugely disrespectful to his client.”

Bruce would not be drawn on the Newcastle owner Mike Ashley’s confirmation that he is taking legal action against the Premier League in an apparent attempt to revive the club’s failed Saudi Arabian takeover but, in a BBC radio interview, Benítez refused to rule out a potential return to Tyneside in the event of a successful buyout.

The Saudi-led consortium has close ties to the Dalian Professional manager, who remained at Newcastle following relegation in 2016 but departed after falling out with Ashley three years later.

“I decided to stay because of the fans; they’re amazing,” said Benítez who said he was not interested in managing Derby County. “So, if I decided to stay when we had no money, imagine with a takeover. When I left Newcastle I was waiting until the last minute for a takeover. It didn’t happen so it was impossible to stay, even though I was really happy there. At the moment I have a job and I’m very grateful to Dalian but the Premier League is a target for me.”