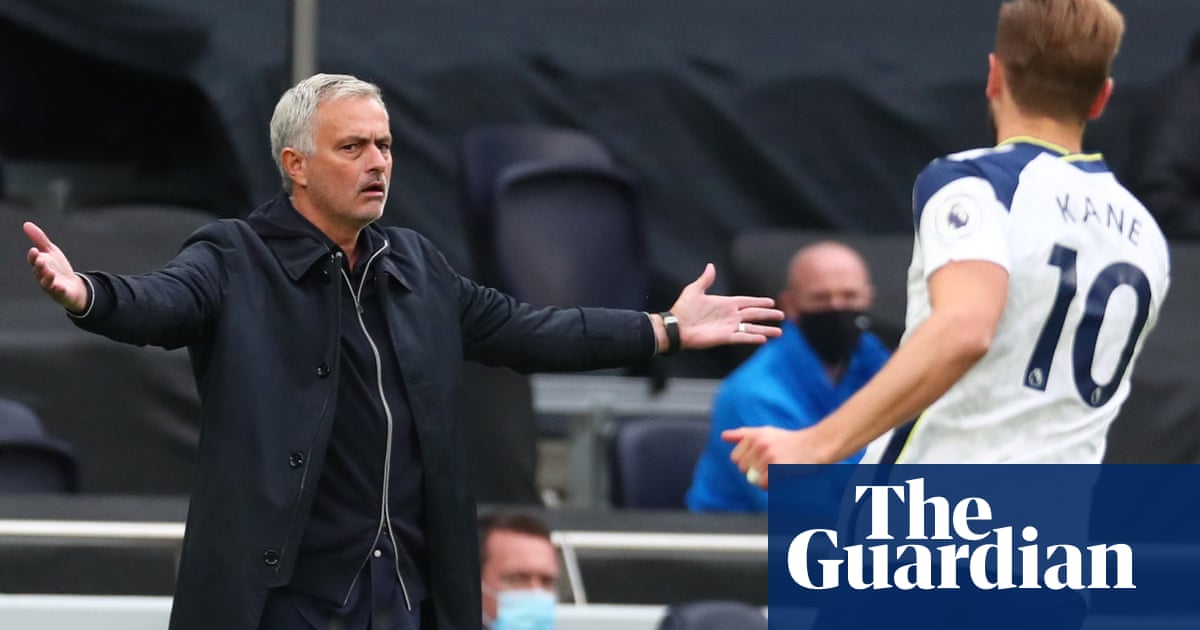 José Mourinho has asked Gareth Southgate to explain why Raheem Sterling was pulled out of England’s squad this week, saying he expects the forward to start for Manchester City when they visit his Spurs side on Saturday.

Sterling returned to training with City on Friday after being sent home from international duty on Monday, a calf injury being the reason provided. He had missed the previous day’s match in Belgium and was back in his club’s care by the time England faced Iceland on Wednesday. Mourinho said he detected a discrepancy in the way different clubs are treated and also requested that Southgate confirm who he was referring to when he said in the week that managers were applying “huge pressure” to reduce players’ national team duties.

“Of course we all know that Sterling is going to play,” Mourinho said. “When Eric Dier left the national team injured last month, he didn’t play [the next] two matches for Tottenham. He didn’t play the Premier League match and the Europa League match. He needed a couple of weeks to recover, and Raheem is going to play tomorrow. These are the little details that I think Gareth should explain to us all.” The FA declined to comment.

Dier missed England’s defeat by Denmark in October after picking up a hamstring injury. He missed Spurs’ games against West Ham and Lask Linz before returning against Burnley.

Mourinho backed Southgate’s decision to start Harry Kane against Belgium and Iceland in the most recent break but, in the same breath, suggested double standards were being employed regarding players’ use. “The only problem for me is that it should be the same for everybody, not just for some,” he said.

Southgate had referred to the “power game” between England and club managers, noting that everybody is “looking to try and gain an advantage” in the context of an intensely competitive Premier League. Mourinho professed an interest in exactly who is engaging in such politicking.

“I read that Southgate told that some managers put pressure [on players] not to play for the national team and, because of that, he feels sometimes the need to call club managers to try to cool down the emotions and try to control the difficult situation for him,” Mourinho said.