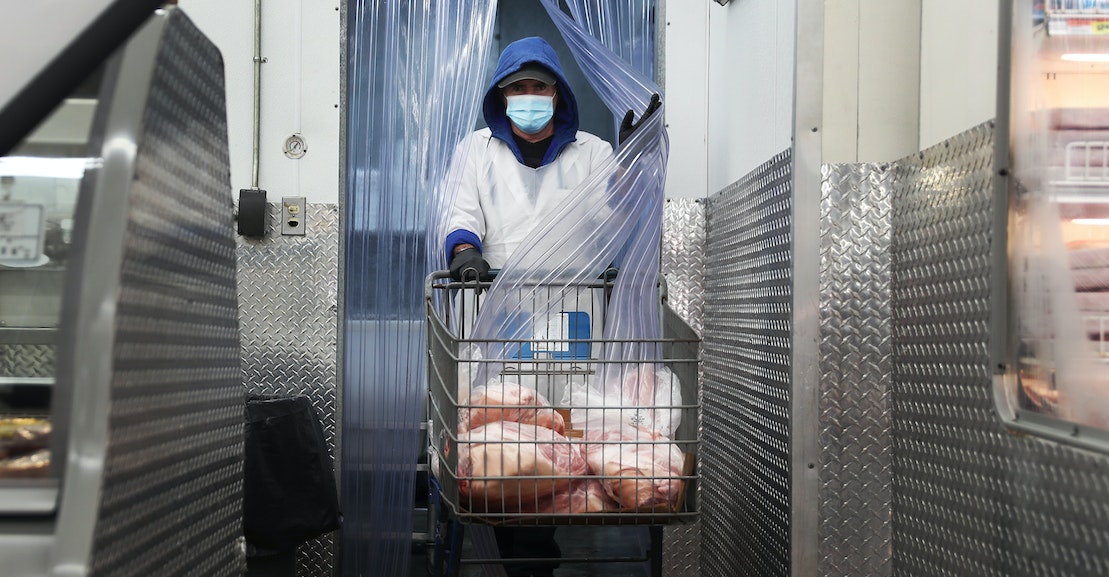 Remember hazard pay? That fleeting practice of employers raising essential workers’ wages during the pandemic—also known as a bare-minimum gesture of decency—first surfaced around the same time that New Yorkers were applauding nightly from their windows for frontline personnel and Congress had deigned to pass the first (and so far only) stimulus package. It’s long gone, though. Nine months and 250,000 deaths later, nearly every state in the country is undergoing what experts have called “uncontrolled spread” of the coronavirus, and no further assistance from either the government or the private sector appears to be in order for workers.

Back in the spring, when the unfolding devastation of the pandemic was still new enough to be shocking, grocery stores and retailers like Kroger, Albertsons, and others adopted temporary hazard pay raises for the workers putting their lives at risk to keep the economy (and companies’ profits) moving along. But those bonuses inevitably evaporated, even as Covid-19 continued to spread and the danger to essential workers remained high. (As one Kroger employee put it in an interview with Dissent, “If it’s dangerous enough that you have to require them to wear masks, why wouldn’t you continue that extra pay?”) By the end of the summer, Amazon, Walmart, and several grocery chains had all quietly ended hazard pay for their workers; Kroger, incredibly, even claimed at one point that some employees had been overpaid and asked them to return the money, prompting a public backlash.

But one of the bleakest aspects of pandemic hazard pay is that it was never actually particularly widespread to begin with. A survey conducted by the Economic Policy Institute in June found that only about 30 percent of people working outside of their homes during the pandemic had received hazard pay increases, and that number is almost certainly lower now that most of the businesses that previously adopted hazard pay have ended the practice. That’s especially dismal given that so many essential workers are also low-wage workers: As the Brookings Institution recently noted, nearly half of all essential workers earn less than a living wage.