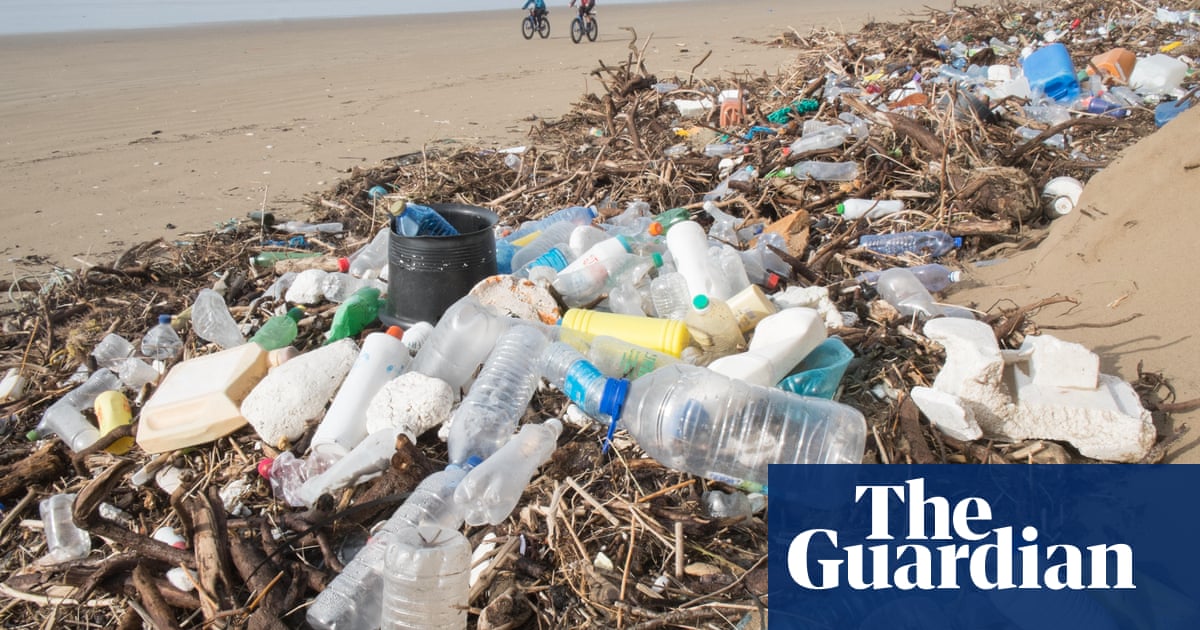 More than half of child and adolescent psychiatrists in England are seeing patients distressed about the state of the environment, a survey has revealed.

The findings showed that the climate crisis is taking a toll on the mental health of young people. The levels of eco-anxiety observed were notably higher among the young than the general population, according to the Royal College of Psychiatrists, which has just launched its first resources to help children and their parents cope with fears about environmental breakdown.

In a survey of its members working in the NHS in early September, the organisation asked: “In the last year have you seen patients who are distressed about environmental and ecological issues?”

Among child and adolescent psychiatrists in England, 57.3% (47 of the 82 who replied) answered in the affirmative. This was almost 10 points higher than among respondents dealing with all age groups, at 47.9% (264 of 551).

The sample size is small and will need to be verified by more detailed research, but practitioners in the field said the findings were in line with their experience.

Bernadka Dubicka, chair of the Faculty of Child and Adolescent Psychiatry at the Royal College of Psychiatrists, said younger generations are growing up with a constant backdrop of understandable fear and worry about the future of the planet. Along with pressures from social media, doubts about misinformation and now Covid-19 and the economic crisis, she said it was taking a toll on the mental health of the young.

“In recent years, a whole new set of issues has emerged. These are all things young people have to contend with, things that affect their futures,” said the psychiatrist, who has worked in the field for 25 years.

She stressed concern about the environment was natural, but taken to extremes, it could trigger or augment other mental health problems.

“We don’t want to pathologise a normal response. But eco-anxiety can develop into something unhealthy. If a child already has mental health issues, this may compound some of those worries and anxieties. If a parent sees changes in a child, for example, more withdrawn, not sleeping or eating, it is important they seek help.”

The organisation has put more focus on the issue this year. The ecological crisis was a central theme of its annual conference and this will be followed by a series of actions and events, including a forthcoming public statement and a call for more research.

It has drawn up a list of signs of eco-distress – a low mood, helplessness, anger, insomnia, panic and guilt – and proposed strategies to avoid these feelings becoming overwhelming.

It advises parents to listen and to explain to children that such concerns about the environment make sense and are a sign of being a caring person. They recommend spending time in nature as a family and working on actions that might help – either on an individual level by reducing travel or meat consumption – or as part of a group.

One former patient, Rhiannon, 19, said that at the low point about three years ago she would worry when on a plane that her flight alone might lead to the breakdown of the atmosphere. “It was very extreme,” she recalled. “I was already being treated by a psychiatrist for anxiety brought on by other causes. The environment perpetuated this.”

Today, she takes a more balanced view. She still does what she can to reduce her impact by eating vegan food, buying secondhand clothes and walking or cycling as much as possible, but she realises one person’s actions alone are not likely to tip the balance. Although she remains concerned, she blames herself less.

“I know there will be limitations on what I can do in the future depending on what happens now in terms of politics and the environment. That doesn’t lead to anxiety but frustration that politicians don’t listen enough to young people. Politicians should have a more rounded approach, and then overall anxiety would diminish.”

Jenny Thatcher, youth programme lead at Friends of the Earth, said her organisations had seen an increase in environmental awareness and concern among young people. This was particularly true among those who were directly affected by fires or floods. But she said anxiety could be a spur to positive action among the young.

“Without underestimating mental health, the sense of being able to do something and be an active agent can help keep anxiety at bay. After all, it is their future and it seems a sensible and logical response to what’s happening in the world to feel anxious. We have definitely seen a massive desire to collectively organise and actually deal with the climate crisis, which gives everyone reason for hope. So, while the figures in this report may be worrying, young people are also certainly leading by example.”

The climate strain on mental wellbeing is a widening concern. Problems were initially apparent among those on the frontline – climate scientists, researchers and activists – some of whom sought psychological help to deal with a barrage of negative findings. Since then, there have been reports of young children worrying about global heating, and parents seeking advice on how to answer questions about existential threats. Several groups have been set up to provide support.

Paul Hoggett, the editor of Climate Psychology: On Indifference to Disaster, noted climate concern is lowest among older and less educated people. “Climate change and environmental destruction threatens us with powerful feelings – loss, guilt, anxiety, shame, despair – that are difficult to beat and mobilise defences such as denial and distortion, which can undermine our capacity to get to grips with the issue.”