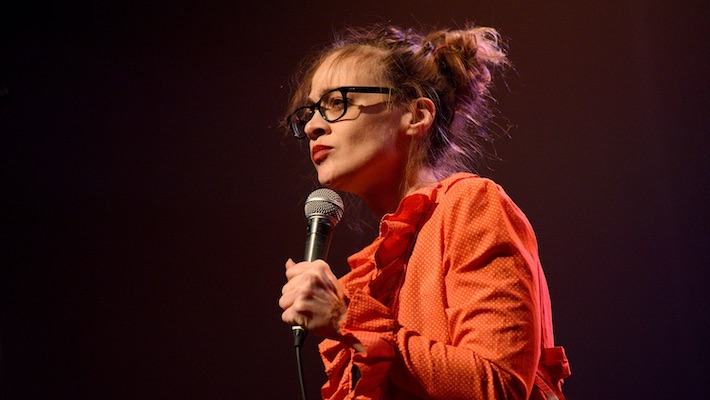 On her explosive return to form, Fetch The Bolt Cutters, Fiona Apple came back from an eight-year hiatus with a force. On her new album, which will likely be a topping year-end lists next month, one of the most-talked about songs was “Shameika,” a track where Fiona remembers some encouraging words from a classmate. Bullied in the cafeteria with the same old story of mean girls who wouldn’t let her sit at their table, young Fiona was heartened by words from a young Shameika who told her: “You have potential.”

Well, the story of that song eventually made its way to Shameika herself, who is also making music. In an amazing new twist, she’s reimagined Fiona’s song about her and delivered her own take on the story for “Shameika Said.” A much groovier and beat-driven take on the song, it skates toward hip-hop as Shameika raps her bars, and trade most of Apple’s piano for horns and bass. Listen to that above and learn more about Shameika Stepney and her story via Pitchfork’s interview with her.

Oh and while she was at it, Apple also released a music video for her original track, “Shameika.” Check that out below.