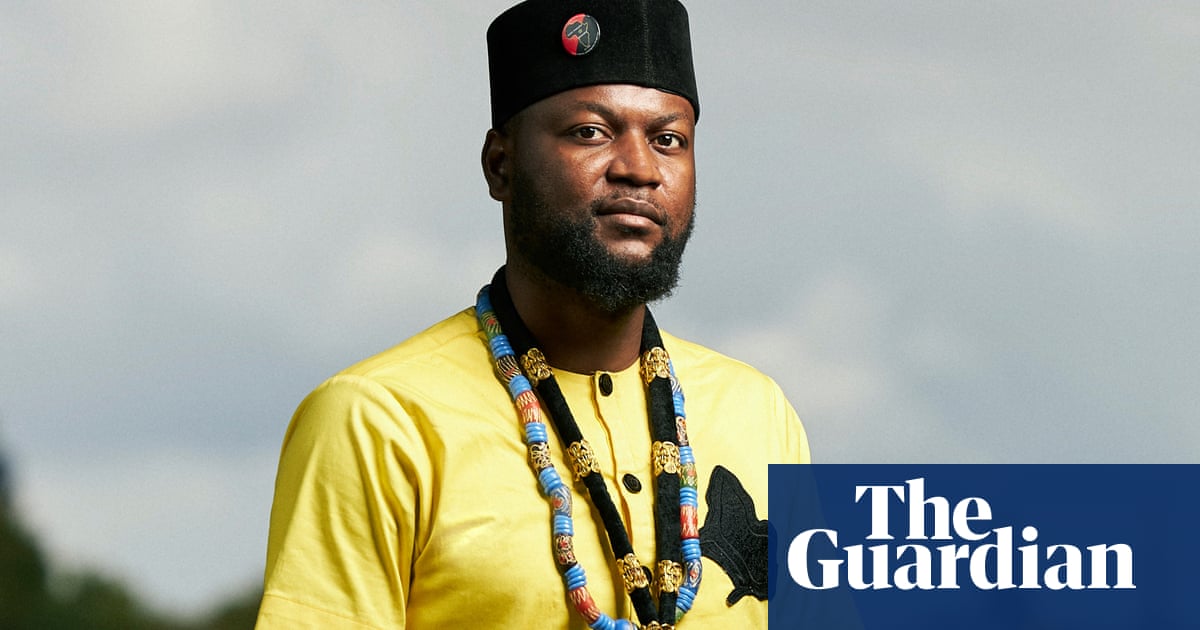 I am a pan-African activist, campaigning for reparations for the crimes against African people committed during colonialism. Recently, I have taken matters into my own hands: I go to museums that exhibit African artefacts; I tell the truth about how these items were looted and stolen from Africa – and then I take them.

I have been deeply political for as long as I can remember. I was born in 1978 in Kinshasa, the capital of what was then Zaire and is now the Democratic Republic of the Congo. My father was a revolutionary, and led the 1968 coup d’état that overthrew the Congolese government. When I was a child, my mother would tell me stories of Patrice Lumumba, the father of Congolese independence.

I was 13 when I joined a political party: the Union for Democracy and Social Progress (UDPS). After finishing high school, I started teaching myself more about international relations, law and African history. I wanted to explore the bonds that unite all African people. I am now the leader of a pan-African activist group, Unité, Dignité, Courage, an organisation that fights for the liberation and transformation of Africa. We believe the wealth amassed by western nations through our works of art must be returned, and the goods given back to the African people.

On 12 June, I started to put these plans into practice. I travelled to the Quai Branly museum in Paris with a few other activists. A recent report commissioned by Emmanuel Macron found that France has about 90,000 objects from sub-Saharan Africa; more than two-thirds are at the Quai Branly. I took a 19th-century Bari funerary post; when a king died, the post would be placed in front of the grave. It was the only piece that was within our reach; it didn’t weigh much, so was easy to take.

With the post in my hands, I started speaking in the museum – and on a Facebook livestream – explaining how these objects were taken. A crowd gathered. The police arrived, but didn’t know what to do, so they listened to us. After half an hour, we were handcuffed and taken into custody. Security took back the post, and charges were pressed for attempted theft of a registered artwork.

After that, I was on a roll: I took a sword from the MAAOA museum in Marseille, and a Congolese religious statue from the Afrika Museum in Berg en Dal in the Netherlands, in September. In each case we were stopped by police, and the items were returned. In October, I went to the Louvre to take a 19th-century Ana Deo swimming sculpture from Indonesia. I was arrested and detained in prison for three days.

After our action at the Quai Branly, I and four others stood trial for attempted theft on 30 September. Our lawyers said that we are not thieves, but activists fighting for political causes. The case became a big story in the French press, encapsulating the national debate about what should be done with the spoils of colonialism.

The charges had a maximum sentence of 10 years in prison and a €150,000 fine; I was fined €1,000 for aggravated theft. The judge recognised the activist nature of my action, but said he wanted to discourage such stunts. I will appeal against the fine, because I don’t think it is for me to pay this: it is for the Quai Branly and the French state.

At the time of writing, I am awaiting trial for our other three actions, on charges of attempted theft –in Marseille, the Netherlands, and Paris for the act at the Louvre. But, whatever the country, I will continue.

People have to understand that if someone stole their heritage they would react as I am now. Many of my ancestors died protecting these items: they were beheaded. They refused to accept that these objects be taken, and they were killed. Their pain is inside me.

• As told to Alexander Durie.

Do you have an experience to share? Email experience@theguardian.com.