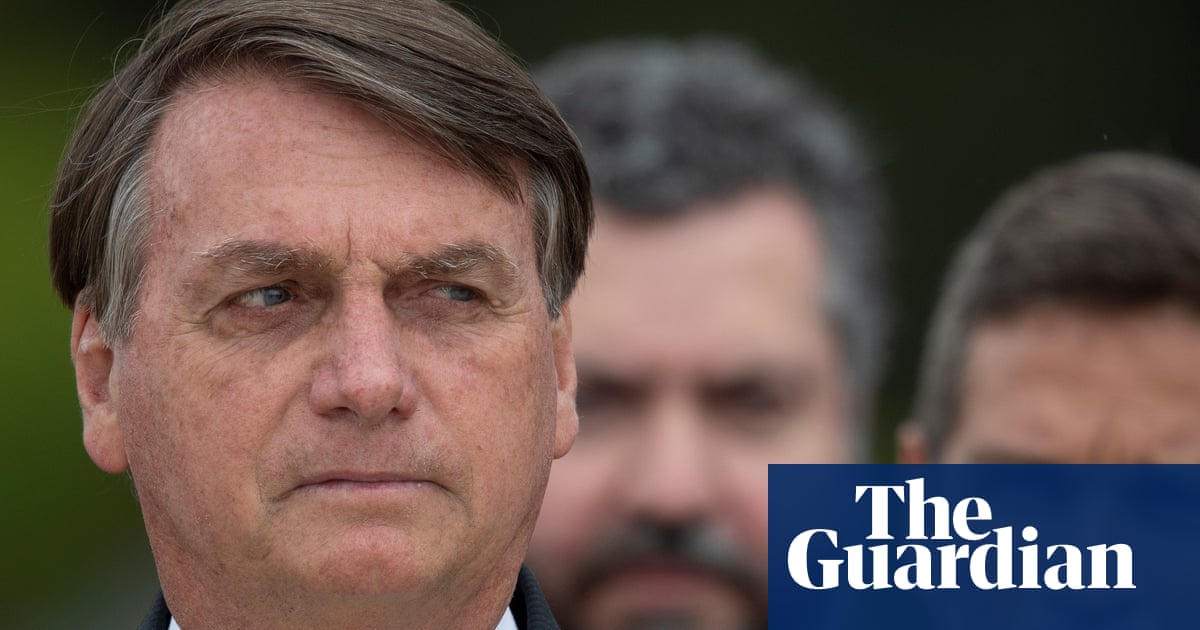 Brazil has been accused of obstructing global efforts to protect nature following a row over the use of virtual meeting technology to overcome Covid-19 restrictions.

Environmental campaigners said the world’s forests and wildlife cannot afford any delay and accused Brazil – home to the world’s biggest rainforest – of disrupting negotiations under the UN Convention on Biological Diversity (CBD) in the same way that Saudi Arabia – the world’s biggest oil producer – has held up progress in climate talks.

Frustrations reached a pitch on Thursday, when the president of the CBD announced the suspension of budget talks due to an objection by Brazil.

The main issue of contention was a reference to online negotiations in the 2021 budget.

Many countries want to negotiate in virtual meetings to make up lost time because the Kunming conference has been postponed due to the pandemic and may need to be pushed back again from the rescheduled date next May. The longer an agreement is delayed, the harder it will be to reach proposed targets for 2030.

Brazil opposes formal online negotiations which, it says, would put poorer nations at a disadvantage because they are more likely to have interconnectivity problems. Several developing nations have expressed similar doubts but none has used this as a reason to hold up talks on the budget, without which the CBD cannot operate.

The head of Brazil’s CBD negotiating team, Leonardo de Athayde, said his country was not blocking the budget, merely proposing a minor amendment. “We have to be careful about process. If we want a good outcome, it must be inclusive, transparent and fair,” he said.

But longtime observers of the negotiations said Brazil’s actions were a concern for many other nations, including China, which is co-chairing the CBD and will host next year’s meeting.

“This is a hot potato for the incoming president, China,” said Li Shuo, Greenpeace China policy adviser. “We have to think of Brazil as the Saudi Arabia in the CBD in terms of the distance they are willing to travel to make their point, their radical approach and their destructive strategy. They are showing they are a formidable player trying to rally Kunming in a negative direction.”

Campaigners said Brazil’s actions showed the country was taking a less cooperative stance under the presidency of Jair Bolsonaro, who wants to open the Amazon rainforest, Pantanal wetlands and Cerrado savannah to farming, mining and logging interests.

Oscar Soria, campaign director of activism site Avaaz, said: “This a deliberate strategy to avoid negotiations on new targets for nature. While we share concerns over the technical challenges for some countries and observers to consistently hold online meetings, we don’t forget past efforts from Bolsonaro’s administration to limit the participation of civil society in the CBD talks, so for us, it’s hard to believe that the Bolsonaro’s diplomacy is advocating for inclusiveness.”

Brazilian negotiators denied their country was putting a brake on progress.

“I categorically reject these accusations. They is a completely unfair and deleterious depiction. We are not obstructing the process at all,” said de Athayde.

Brazil’s position was put in less diplomatic language by the Brazilian president, Jair Bolsonaro, at a virtual summit of world leaders in September. He accused NGOs and foreign governments of “interfering” with Brazil’s sovereignty and rejected what he called “unfair” rules on the extraction of resources. “That’s precisely what we intend to do with the huge wealth of resources in the Brazilian territory,” he said.