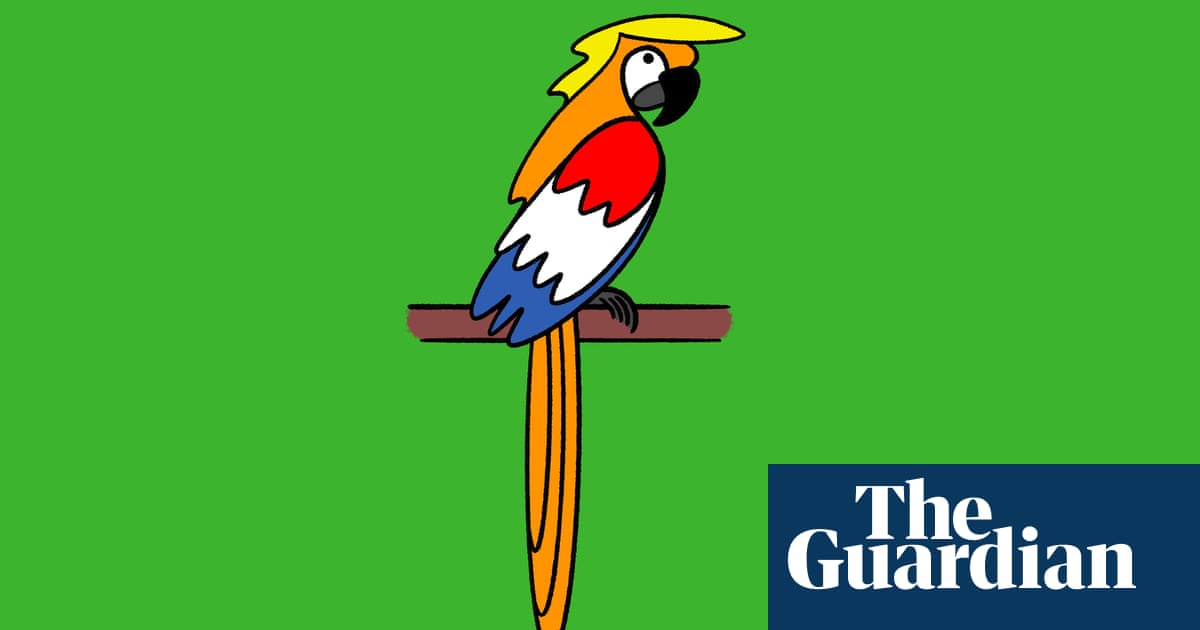 My wife and I have tried our utmost to keep our children unaware of our personal politics. I remember at school hearing children say things about Tories and Labour that even then stood out as opinions they were parroting from home. My parents were always ambiguous about their political views, and I don’t think they were firmly entrenched on either side. I don’t recall having a single conversation with my late father about politics.

This all came back to me when our second son showed us a TikTok he had made. It was him with a Trump filter on, which made him look like my wife and Donald’s lovechild, and he said, “Hi, I’m Donald Trump and I am going to win this election because I’m a big racist.” Or something like that. Leesa and I were taken aback by two things: one that he had formulated views on Trump, and two that he had decided to move into character comedy rather than stand-up. I asked him why he thought Trump was racist, and he said that everybody knows that, before our eldest piped up and said, “He denies climate change and thinks disinfectant cures Covid – he’s an idiot.”

How you interpret that, completely depends on which side of the political fence you lie. I could easily argue that this shows exactly how poisonous Trump is; even children think he’s a prick. Then people would share the article and say things such as, “Are we really expected to believe his children actually said that?” and “This Libtard makes up things his kids have said.” However, I could just as easily write an article about the bias of the free press and the prevalence of social media, meaning that even my previously apolitical children have been swayed.

It’s tricky to know how to feel about this. Our children now have political views as a result of the social media they have been consuming. That feels like an invasion of sorts, but at the same time, developing opinions on the issues of the day is part and parcel of growing up. What also helped salve the shock was that their views sit in fairly close alignment with our own. I don’t know how I would have felt if my son had shown me a TikTok with him in Trump garb saying, “I’m Donald Trump and, if anything, I haven’t shown enough support for white supremacists!” I don’t think Leesa would have minded.

We decided to engage with them about it, and say that although these are convenient soundbites to throw around, you need to do a bit of digging to see if there is anything to support those assertions. It’s not healthy to jump to assumptions and slogans, and you’re better off doing research to aim for a more nuanced take. I was going to continue, but both boys had already left the room and were on their PlayStation. My wife then had to listen to me have a mini breakdown about how the kids find me boring.

We are, in truth, pretty relaxed about the whole affair now. I realise that, even if we don’t openly talk about politics at home, we clearly give signals about our views and values all the time – from the choices we make in our everyday lives, and through conversations that aren’t overtly political. We trust that our kids will arrive at a healthy set of balanced views, that ideally sit in exact alignment with ours. But if they come to me and talk about supporting Chelsea, they’ll all have to leave.