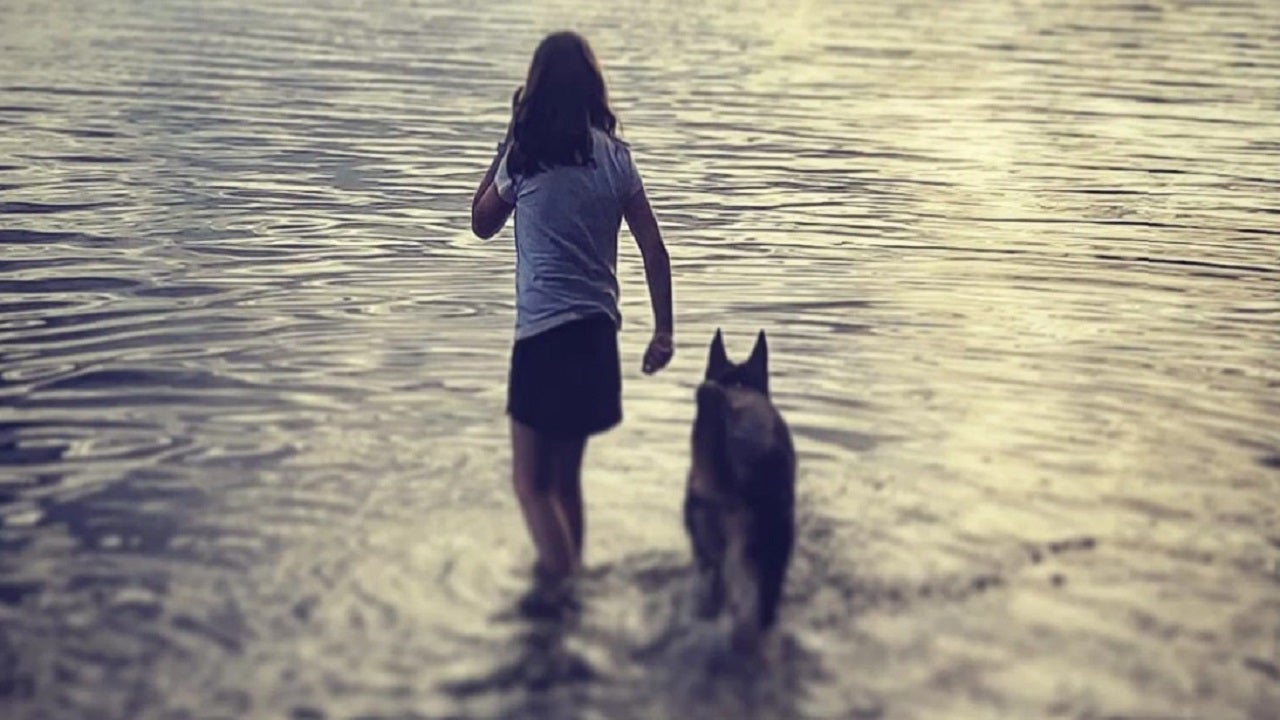 A German shepherd named Diamond is back with her humans after a long, strange trip across the Canadian border and back. The 17-month-old pup escaped from her New Brunswick home and made a run for the border, only to become a coronavirus refugee stranded in Maine due to travel restrictions imposed because of COVID-19.

In normal times, getting Diamond home to Canada would have been simple. But thanks to the pandemic, no one in Canada could go get her, and the Maine residents who found her couldn’t take her back across the border — even though they are friends of Diamond’s humans.

The dog made a break for it last week while her family was hours away at a hockey tournament in St. Andrews.

Paryse and Sylvain Michaud were watching their 9-year-old daughter Marilou play in the competition. Meanwhile, grandpa Robert Sirois was in charge of Diamond. When Sirois opened the family’s garage door, Diamond took off.

The grandfather ran after her, but the puppy was much too fast.

Paryse Michaud pleaded for help via Facebook after learning the dog had escaped. And thus began an  international search for Diamond.

“Oh my God, I cried and I cried — I was in a panic,” the mother said on her Facebook page. “I was walking like crazy in the hotel room having my phone in my hand and praying that someone can find my dog.”

Several folks in northern Maine spotted Diamond and tried to catch her, but failed. They provided social media posts to Michaud about her whereabouts.

Hours later, Mitchell Desjardins, a friend of the Michauds, found the dog in the garage of a nearby home.

That’s when things got even more complicated.

“She is a very good dog. She likes to play with everybody and is also protective,” Paryse Michaud wrote on Facebook. “I’m pretty sure the reason why she ran away was to find my daughter.”

How Miley the Dog Led Rescuers to Her Lost Mom: Today on Inside Edition