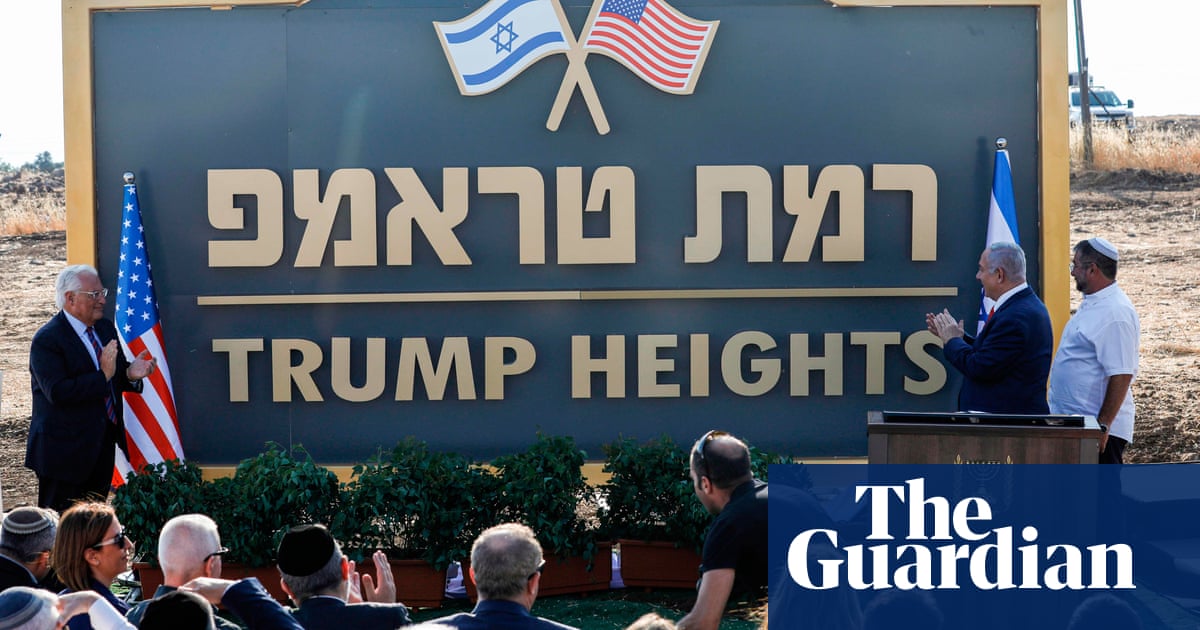 Donald Trump has cast himself as an isolationist president focused on Americans. However, in one major foreign policy issue, Israel and Palestine, the US leader has possibly made more of an impact than any of his predecessors.

What has he done?

The list is long but has generally focused on making concessions to Israel’s ultranationalist government, weakening the Palestinians, and pressuring Arab states to end regional isolation of Israel.

Early in his term, Trump recognised Israel’s claim to the divided city of Jerusalem and moved the US embassy there, taking a clear side in one of the most contentious issues in the Middle East.

In January, Washington went even further by releasing a “vision for peace” that afforded Israel’s government the majority of its territorial demands by recognising vast swathes of the Palestinian territories as part of Israel.

Trump has also recognised Israel’s claim to the Golan Heights – an area Israeli forces captured from Syria and that the country still claims sovereignty over.

Aren’t these all symbolic gestures?

Yes, in some respects they are. Regardless, the impact of these moves has been momentous as they have broken a decades-long US foreign policy status quo. Israel has been emboldened in its efforts to entrench the occupation. Meanwhile, few Palestinians believe Joe Biden, who is close to the Israel lobby, will prioritise rolling back these measures if he considers it at all.

How have the Palestinians been weakened?

In very real terms. Trump has cut hundreds of millions of dollars in humanitarian aid that had gone to some of the neediest Palestinians. At the same time, he has isolated their leadership – for example, by shutting down Palestinian diplomatic offices in Washington.

What about Israel’s place in the wider Middle East?

In what has been billed as Trump’s crowning success, the US president hosted “peace deals” at the White House this summer between Israel, Bahrain and the United Arab Emirates.

The accords are not full peace declarations since the three countries have never been at war, and previously maintained low-profile business and diplomatic exchanges. Gulf state relations towards Israel, which shares a common enemy in Iran, have been quietly blooming for years and Trump’s critics have dismissed the deals as a low-hanging fruit from a foreign policy perspective. Trump himself has acknowledged that many Arab states were “lined up” to make agreements.

However, the deals were undoubtedly historic in that they shattered at least a public consensus among Arab states that Israel must be shunned for its military occupation over Palestinians.

Furthermore, a third unfinished deal with Sudan, which has previously fought with Israel, would be seen as a major achievement, although it is not clear if the country’s transitional government has the authority to strike such a deal.

Why has Trump taken such an interest in the issue?

The president’s own views on the Middle East have often been opaque. Apart from his anti-Muslim rhetoric, Trump has displayed a fairly light grasp on major issues in the region.

It has been the people around him who appear to have driven the vision.

Jason Greenblatt, a former Trump Organization real estate lawyer with almost no prior experience of foreign relations, was picked to be Washington’s special envoy for Middle East peace. Greenblatt, who has now left and works for an Israeli investment company, has said settlements are not an “obstacle for peace”.

Trump’s ambassador to Israel, David Friedman, another former Trump Organization lawyer, has been even more vocal in his pro-settler views, and has strong personal ties to the movement. Trump’s son-in-law, Jared Kushner, who has spoken with disdain about Palestinians, has equally been a key figure.

The administration’s Israel and Palestine policy has also been influenced by the vice-president, Mike Pence, and the secretary of state, Mike Pompeo, whose evangelical Christian politics includes a belief by some that a Jewish presence across the holy land will help fulfil an end of days biblical prophecy.