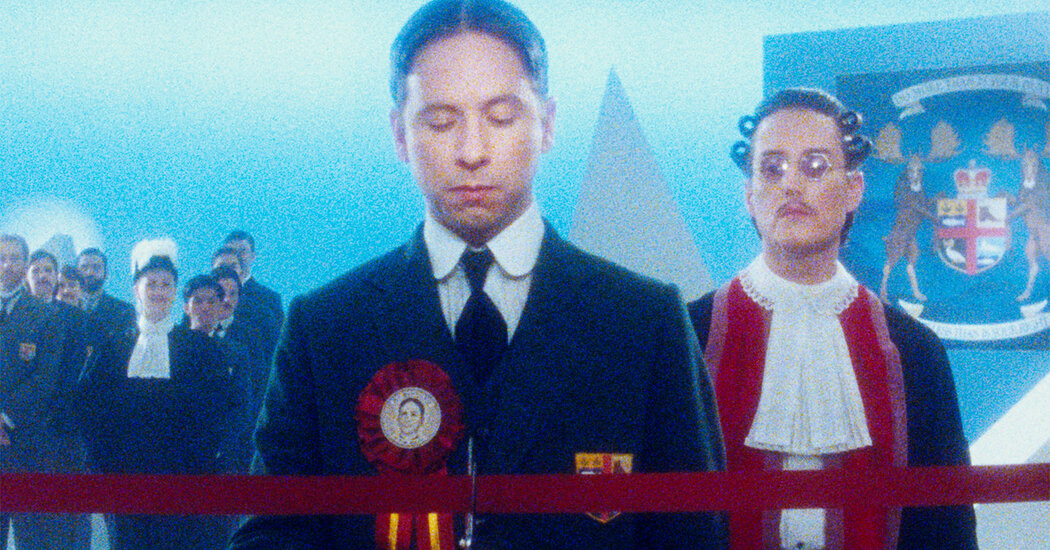 Like I said, this isn’t the Canada of history textbooks (despite including the Boer War). It’s more akin to the fond burlesques of Guy Maddin, or the surreal lampooning of “The Kids in the Hall.” Maddin is largely the method here: Rankin similarly toys with the Victorian trappings of silent-movie melodramas (orphans, wall-to-wall yearning), supercharged with rude passions that would tickle Freud. The candidates for prime minister compete in “tests of leadership” that poke fun at national identity: sniff-testing wood, passive-aggressive queuing, and clubbing baby seals.

“The Twentieth Century” also boggles the eyes with, well, 20th-century arts. The expressionistic sets evoke wartime poster art and Art Deco, and the 16 millimeter film stock yields both ruddy hues and Northern Lights blues. Is it all a bit much? Sure, but the self-consciousness is baked in: Rankin names one public gathering place “Disappointment Square.”