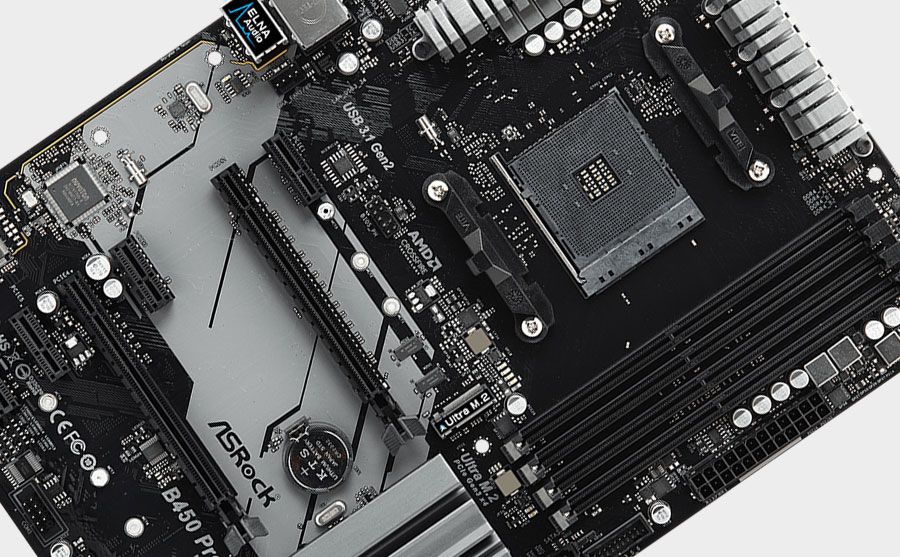 It was not always a foregone conclusion that AMD’s latest-generation Ryzen 5000 series CPUs would work in older 400-series motherboards, but with AMD having developed AGESA code to make it happen, it’s now up to its hardware partners to inject it into BIOS updates. If they so choose, that is, and ASRock has chosen to do so—it has begun pushing out BIOS updates for its B450 motherboard to support to the new chips.

ASRock lists its entire lineup of B450 motherboards as being slated to support AMD’s newest CPUs. There are 15 motherboard models in all, and the company laid out which specific BIOS version is required for each one, to support a Ryzen 5000 series chip. They include:

I looked up each model on ASRock’s website, and almost all of them had the accompanying BIOS update available to download. The lone exception is the B450 Steel Legend. At the time of this writing, its newest firmware revision is 3.50, issued on October 6, 2020. If you own that motherboard, hang tight, as the 3.70 release is undoubtedly coming.

What about other motherboard makers? Asus will have updated firmware available soon, the company stated on Twitter this week.

I have not seen any updated statements from Biostar, Gigabyte, or MSI, but I imagine they will not be far behind.

Incidentally, AMD said in October that it was working with its hardware partners on updated code, and that the first beta releases for 400-series motherboards would arrive in January 2021. That might still be the case for higher-end X470 motherboards, but at least for B450, things appear to be a bit ahead of schedule.