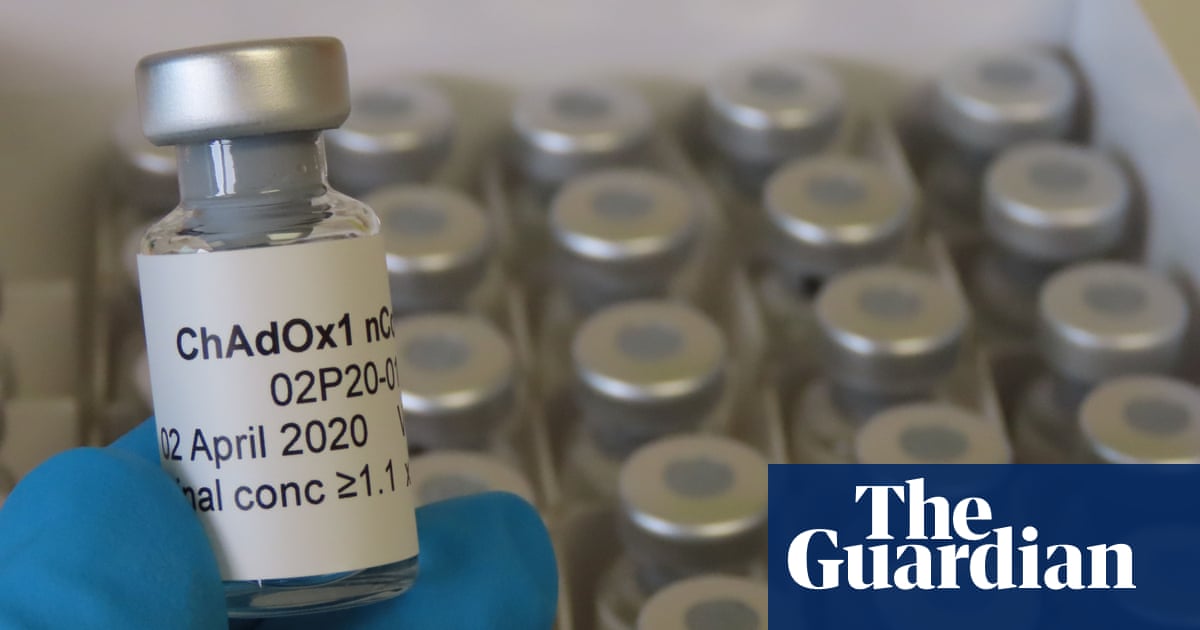 Oxford University’s scientists have said there is no rush to publish efficacy results from their Covid vaccine trial, playing down expectations that some of the 100m doses the UK has ordered may be available by Christmas.

Prof Andrew Pollard, chair of the Oxford vaccine group, said they were not in competition with Pfizer/BioNTech and Moderna, which have both published results showing their innovative vaccines successfully protected more than 90% of people from falling ill with Covid-19.

“We’re still waiting to get to the point where we can do the analysis to see whether we can protect people,” said Pollard. “We’re optimistic we will be able to do that before Christmas.”

However, publication of the interim results will need to be followed by the full-trial results and the two months’ safety data for half the participants required by the regulators, who will then take weeks or longer to review the application for an emergency licence. Only when that approval has been given could a vaccination campaign begin.

“We are not in a rush,” said Pollard. “It’s not a competition with the other developers. We’re trying to make sure we have very high quality data, working with other partners in other countries.

“When it’s ready is when we will publish the interim results.”

Pollard and colleagues were speaking at a briefing on the formal publication of early results from their trials in the Lancet medical journal. The results – which first emerged last month – show the vaccine stimulates an immune response in older adults as good as that in younger people.

That finding is very positive for a vaccine against a disease that takes its biggest toll on the elderly. Many vaccines are less effective in older people, whose immune systems weaken with age. The scientists are also pleased that there were fewer side-effects reported in older people than in younger age groups.

“We were really delighted with these results,” said Pollard. “These first data are really encouraging by showing we are getting very good immune responses even in the over-70s, which look very similar to younger adults.”

The analysis involved 560 adults given the vaccine and tested to see whether their immune system reacted. They mounted a good antibody response by 28 days and a good T-cell response by 14 days. Because the work was done in the first lockdown, none was among the people advised to shield because of frailty or underlying health conditions, but the scientists hope their response will be the same. Among the participants were 160 people aged 56 to 69 and 240 aged over 70.

No one yet knows how long the effects of any of the vaccines will last. Prof Sarah Gilbert, lead researcher of the vaccine development programme at Oxford, said it was possible it might wane faster in older people, which could be overcome by more frequent booster injections. “In the future we may need to do it more often with older people than younger people, but not more than once a year, as with the flu vaccine,” she said.

The UK has ordered 100m doses of the Oxford vaccine and will be hoping, if it is effective, that it will be the mainstay of a vaccination campaign. It pre-ordered 40 million doses of the Pfizer/BioNTech vaccine, which may be licensed sooner, and clinched a deal for 5m doses of the Moderna vaccine – but those will not be delivered until next spring.

Oxford’s vaccine is likely to be considerably cheaper, probably costing under £3 a dose, compared with potentially nearly £40 for Moderna’s and half that for Pfizer’s. It can be stored in ordinary fridges rather than freezers, which is a big advantage, especially for worldwide use.