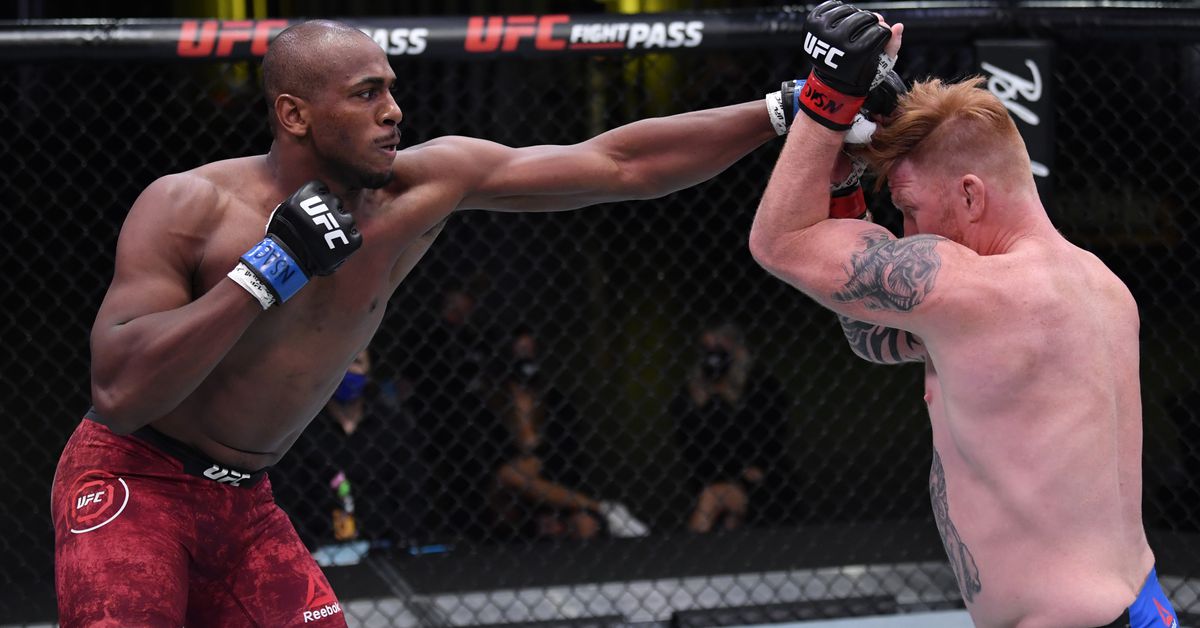 Mike Rodriguez will re-enter the octagon on Feb. 6 to battle Brazilian jiu-jitsu specialist Danilo Marques, multiple people with knowledge of the situation confirmed to MMA Fighting following a report from Combate.

Rodriguez (11-5, 1 NC) is coming off of a third-round submission defeat to Ed Herman in September. It was a controversial one, however, since referee Chris Tognoni treated a knee to the body as a low blow, giving Herman time to recover from the strike and eventually secure the victory.

The Boston-born light heavyweight, who turns 32 later this month, saw his UFC record drop to 2-3 and one no contest after the disputed result in Las Vegas.

Marques (10-2) made his UFC debut in September, handing Khadis Ibragimov his fourth straight octagon loss with a decision in Abu Dhabi. A teammate of Mauricio “Shogun” Rua and Demian Maia, Marques has an 80 percent finishing rate as a professional MMA fighter.

The UFC Fight Night card will be headlined by Alistair Overeem and Alexander Volkov at a yet-to-be-announced location.