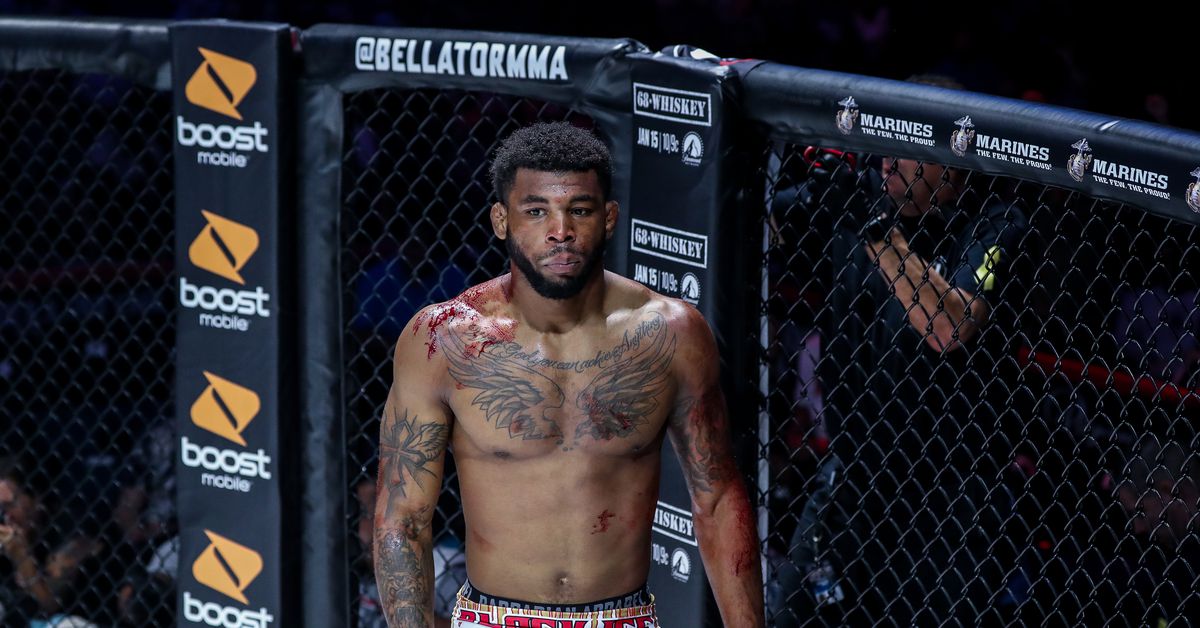 After finishing his college wrestling career with an unbelievable 133-0 record including four NCAA Division II national championship titles at three different weight classes, he decided to turn his attention to mixed martial arts.

Since debuting for the ViacomCBS owned promotion, Davis has amassed a perfect 7-0 record with five of those wins coming by knockout or TKO. On Thursday at Bellator 253, he’ll go for an eighth straight victory but chasing titles and attention is really the least of his concerns right now.

Instead, the Compton, Calif. native wants to serve as a shining example to young kids growing up that hard work and real dedication can ultimately pay off.

“That’s probably the No. 1 thing for me,” Davis explained when speaking to MMA Fighting. “My dream would be for someone to say ‘I did it because of Joey ‘Black Ice’ Davis’ and that’s when I know that it might be today, it might not be tomorrow, but it’s eventually going to happen. That keeps me striving and going every single day. That makes me practice harder.

“On the days I don’t feel like practicing, I go even harder because I know someday someone is going to be the same position as me right now and they’re going to look on YouTube and say ‘look at what Joey said here.’ That just keeps me striving every single day. That’s the best part about it.”

According to Davis, he looked up to a lot of prominent figures that helped shape the character he’s become as an adult. From a famed human rights activist to one of the greatest wrestlers in American history, Davis is proud of the man he’s become largely thanks to following in their footsteps.

“I’ve always been a kid who’s always had role models,” Davis said. “Malcolm X is one of my role models. At the time when I was wrestling, Jordan Burroughs had a big impact on my life. Watching him win the Olympics in 2012, it was just cool. Him shooting double legs and coming out of Nebraska and I had the opportunity to wrestle with him. It was cool to see.

“At that time I was in high school and getting ready for college, that was the journey.”

When it came to fighting, Davis spent a lot of time alongside UFC, IFL and Bellator veteran Antonio McKee, who was successful enough in his own career before transitioning to his current role as coach where he’s trained a long list of top mixed martial artists including his son, A.J. McKee.

In those days, Davis didn’t know for certain that he was going to become a fighter but McKee’s influence was a massive factor in his decision to move from wrestling to MMA.

“I got to spend a lot of time with Antonio McKee. My father put me with him at a very young age and I got to watch him practice,” Davis explained. “You know how a lot of people get to see the NFL practices or watch Kobe Bryan practice. Watching Antonio was like watching LeBron James practice. I got to see that everyday. I got to go to a couple of his fights. I really got to see him get prepared for a fight. That was so amazing to see. Watching that, I was like I would love to try it.

Davis has certainly made waves as part of the Bellator roster but he’s never been the loudest one in the room when it came time to tout his accomplishments or standing in the welterweight division.

Instead, Davis prefers to just let actions speak louder than words and that’s another reason why he’s not shouting to the rooftops about what he deserves or setting deadlines for a run for the title. He prefers the “slow and steady wins the race” approach while appreciating the little things that fighting has already brought to him.

While the ultimate goal in Bellator remains the same — Davis loves the idea of becoming champion — he’s also got plenty of aspirations outside the cage to keep him occupied until the day comes when a title is on the line.

“I just got signed to CAA as an agency and that’s a dream come true,” Davis said. “My dream is I always saw myself in acting and commercials and coaching and sort of things like that. I’m hoping that with what I just got signed on, I’m moving on to that as well.

“I’m always going to have the strive to win. I’m a winner at heart. Being a champion just comes with the territory.”