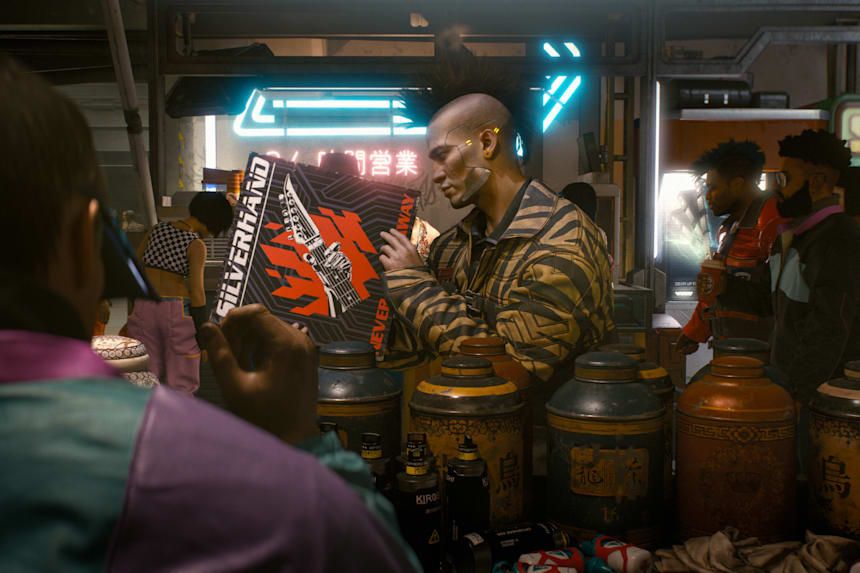 After unveiling No Save Point by Run The Jewels last week, CD Projekt Red has now announced the track listing for Cyberpunk 2077’s entire soundtrack, which is split up into two volumes. Synth-pop artist Grimes is probably the most well-known musician to add a track to the game—her albums such as Halfaxa or the most recent Anthropocene already capture the cyberpunk atmosphere pretty well with their dark electronica.

The same is certainly true for other artists CD Projekt Red have chosen, such as Sophie, who makes experimental house and dance-pop. But the soundtrack has something for everyone: you may know hip-hop artist Yugen Blakrok for example, from her collaboration with Kendrick Lamar on the Black Panther soundtrack. There’s also some actual punk to look forward to: Converge will likely add some of their trademark hardcore punk to the mix, and Deafkids are always good for punk blended with interesting synths. Just listen to their great 2019 album Metaprogramação—seriously, some of these bands have apparently just waited to be on the soundtrack for a game called Cyberpunk.

Like Keanu Reeves, every musical artist gets their own Cyberpunk name, just for atmosphere—I’m into the particularly cheesy ones like Homeschool Dropouts and Tainted Overlord. In-game, you can listen to the music via GTA V-type radio stations. The first volume of the soundtrack will drop on Spotify and Apple Music on December 11, Volume Two follows a week after on December 18. Alternatively, you can pre-order both volumes on iTunes now.

Here’s the full tracklisting, including Cyberpunk names in brackets: