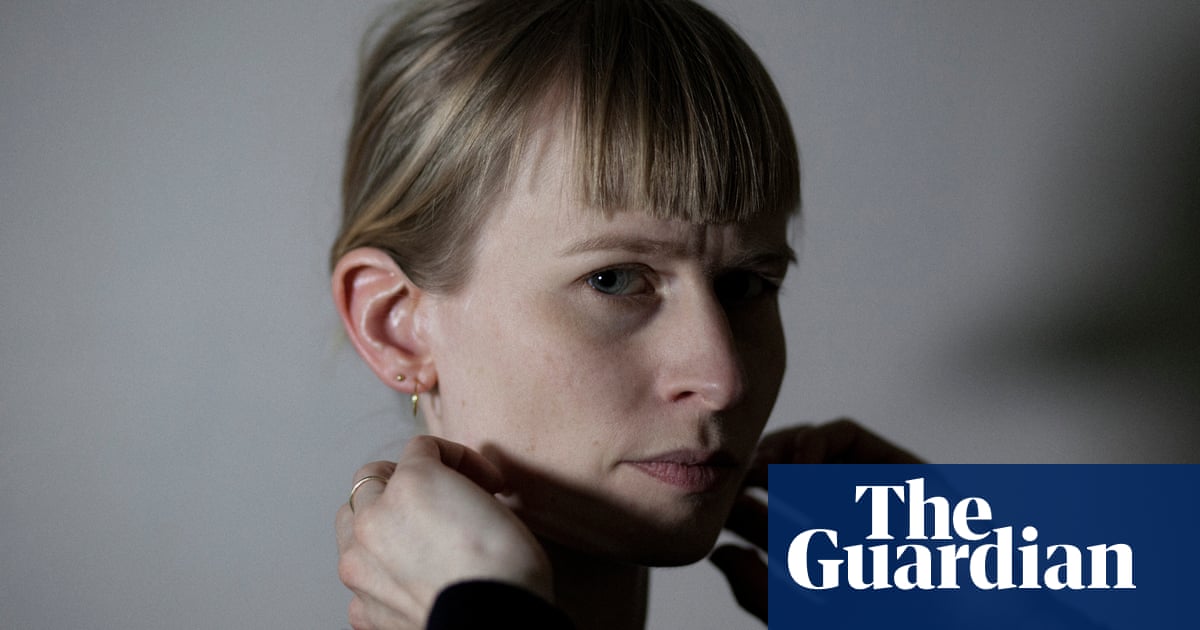 Girls Against God, the second novel from acclaimed Norwegian musician Jenny Hval, is set in 1990s southern Norway, a place known for its “rainy climate, synthetic drugs and gracious reservation”, but also hostile to anyone who isn’t straight or white – even the kids who like grunge music are racists. “White revolution and Jesus revolution, Nazi punk and evangelist grunge, swastikas and purity rings, midmorning gruel, pimple pus, egg whites, cream of white, semen.”

In contrast, Hval sings in praise of shadows. She begins with an unnamed narrator studying a documentary about the corpse-paint-wearing Norwegian band Darkthrone, who helped birth the country’s emergent black metal scene. A diligent student of film, she scribbles a few notes: “Short, enigmatic and ugly video riffs on details from boring Norwegian landscape.” But the music, with its growled vocals and Stygian cosmology, is the necessary antidote to her bland surroundings.

Paradise Rot, Hval’s first novel, was a lurid hothouse of a thriller about a female student’s sexual awakening, likened to the “theory fictions” of Chris Kraus and Maggie Nelson. Girls Against God starts out like the teenage diary of an unrepentant suburban goth, a self-designated “Gloomiest Child Queen” who is in love with hate (“I hate God”, “I hate the Christian Democratic party”). Are these the early outpourings of a Valerie Solanas-style misandrist? Or will this be a vinegary coming-of-age story, a Scandinavian version of Daniel Clowes’s graphic novel Ghost World?

Soon the story starts skipping about – between high school in the late 90s, when the narrator started her own metal band, a stretch at university in Oslo and New England in the mid-2000s, and an ill-defined present where she is living in a self-declared coven with two other women, Venke and Terese. Plot and chronology are less important than the mini-manifestos and rousing riffs. There’s a consistent sense of loss about the way black metal has “washed itself clean of subculture, the way social democracy rinsed off socialism”, how the internet is “no longer a mystical dimension but a rhythmic imitation of life”.

Darting between rapidly escalating psychodrama and cultural critique, addressing the reader directly, presenting some passages in the form of visual diagrams: Hval knows that she risks incomprehensibility. That’s precisely her book’s gambit – and its fearless credo. At one point the narrator recalls her writing professor in the US objecting that the short story she’s submitted is too “angry and messy, incoherent”. She was left feeling tethered and tamed. What she wants, she says later, is an “escape route from structure and rhetoric”. “I don’t just write to analyse,” she declares, “Analysis can so easily become judgmental, categorical and clean-cut.”

She finds inspiration – and a kind of queer companionship – in films such as Derek Jarman’s Jubilee that reveal “the gaps in our consciousness, the restrictive framework of our daily lives”. But here, as on other occasions, Hval speaks in the knowing academese of a PowerPoint presentation on autofiction. Could any invocation of radical aesthetics be less erotically inviting than the following call to arms? “I desire a ritual, multidisciplinary, intricate form of expression where technique and genre and subjectivity and other predetermined systems are subordinate to the community, or the desire to hate together.”

There’s still a lot that is endearing and even riveting about Girls Against God. Hval is unembarrassable, talking about her “wet dream of writing myself into a story”. She’s still in touch with the zealotry of adolescence. (“I want to take part in a chaos of collective energy. I want to be in a band.”) Like the French philosopher Luce Irigaray, she explores ideas of what a feminist or radical language would sound like, exulting in the power that a new laptop gives her to junk Norwegian diacritics (the moment she turns it on, “I can feel my body tingling, as if I’ve woken up from a plastic surgery that has removed my old features and made my face unrecognizable and impenetrable”).

Most distinctive is her embrace of magic, ritual and blasphemy as tools to reimagine daily life (“I want the rock club to become a Zen temple, a medieval castle or, preferably, a Witches’ Sabbath”). Blasphemy, she insists, bypasses the conservative fixation with nativism, gender hierarchies and received wisdom; instead it “shows us a crack in this reality, through which we can pass into another, more open meeting place … Blasphemy looks for new ways of saying we.”

By the close of Girls Against God, the boundaries between reality and film, the corporeal and the fantastic, the coagulated and the fertile have all dissolved. The novel has journeyed from melodramatic teenscape to horror-saturated social panorama. A story that had seemed pointedly provincial has now spouted universal wings. “I can be a virus,” speculates the narrator. “The virus sometimes causes a slow disintegration, rotting social democracies and nation states. The disease it causes spreads through the body and constructs a pattern for a new shape. It’s a communal, painful language that can infect us all.”

• Girls Against God is translated by Marjam Idriss and published by Verso (£10.99). To buy a copy go to guardianbookshop.com.