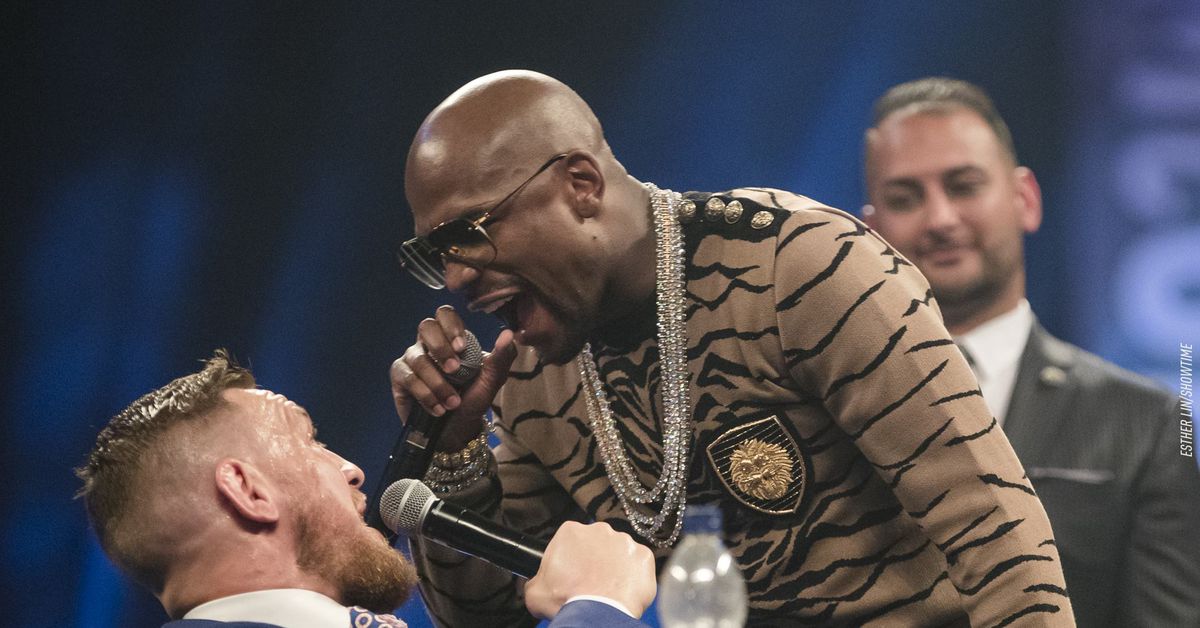 Floyd Mayweather might just have his next big money matchup in the works.

The retired boxing legend has set his sights on YouTube star Logan Paul following the spread of a viral clip in which Paul boasted that he could beat Mayweather in a fight.

Paul, an accomplished high school wrestler with over 45,000,000 followers across Instagram, Twitter, and YouTube who has competed in a pair of high-profile boxing bouts with British YouTuber KSI, declared that he would easily defeat Mayweather in a street fight or in MMA. He went as far as to say that even in a boxing bout he would “snap this f*cker in half” if he caught Mayweather with one good punch.

The brash words caught Mayweather’s attention and he answered the challenge late Wednesday evening, tweeting that he’d be happy to fight Paul and deal with him as he did UFC star Conor McGregor back in August 2017.

These YouTube girls better find some Barbie dolls to play with cause I’m not the one for the kid games. 3 years ago a fighter from the UFC said my name and I had to put a muzzle on that bitch. @loganpaul can get the same treatment before I go conquer Japan again.

“These YouTube girls better find some Barbie dolls to play with cause I’m not the one for the kid games,” Mayweather wrote. “Three years ago a fighter from the UFC said my name and I had to put a muzzle on that bitch. [Paul] can get the same treatment before I go conquer Japan again.”

Mayweather, 43, has teased a return to Japan, where he competed in a three-round exhibition boxing bout against kickboxing star Tenshin Nasukawa at a 2018 New Year’s Eve show for Rizin Fighting Federation. He made short work of Nasukawa, winning by TKO in the first round after a trio of knockdowns.

A bout with Paul would mark the third straight crossover bout of sorts for Mayweather, whose last world championship title defense came against Andre Berto in September 2015, after which he retired a second time.

McGregor took note of Mayweather referencing their bout and responded with an image from the August 2017 boxing match in which Mayweather appears to be in retreat. The actual result of the bout was a 10th-round TKO for Mayweather.

Paul also responded to Mayweather’s tweet, simply writing, “50-1,” suggesting that he could be the first blemish on Mayweather’s 50-0 professional boxing record.