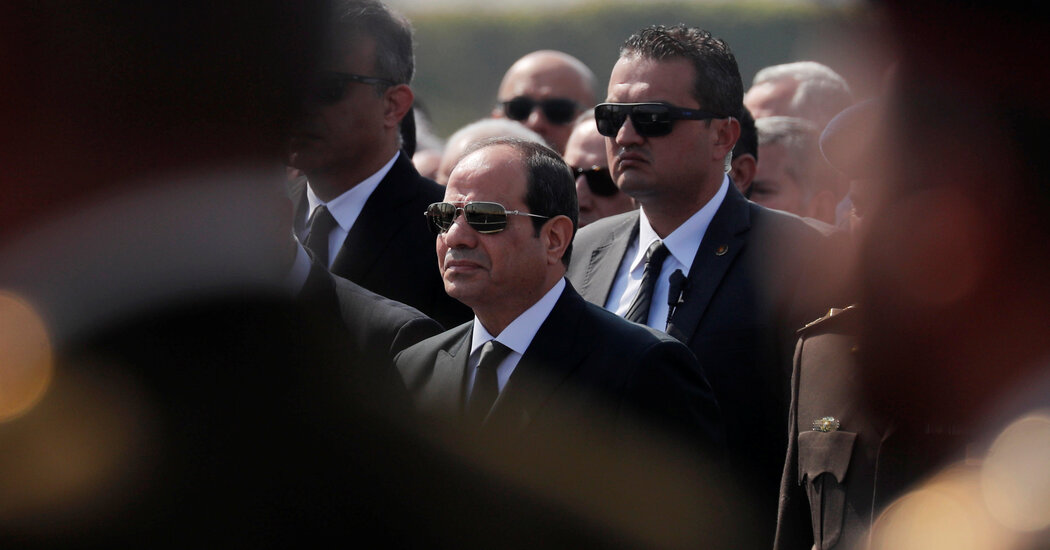 The rights group, the Egyptian Initiative for Personal Rights, is one of the few remaining organizations that openly advocate for basic freedoms in Egypt, where the government under President Abdel Fattah el-Sisi has silenced most dissent over the past six years.

Mr. el-Sisi had found an ally in President Trump, who has called Mr. el-Sisi his “favorite dictator,” but Egypt’s human rights record may put him on shakier ground with the incoming Biden administration. Mr. el-Sisi recently released a handful of political prisoners, hired high-profile lobbyists in Washington and rushed to congratulate President-elect Joseph R. Biden Jr. before any other Arab leader.

Yet the latest arrests make clear that Egypt’s political crackdown goes on.

The human rights group said its director, Gasser Abdel-Razek, was arrested at his home in Cairo on Thursday evening, four days after the arrest of the group’s office manager, Mohamed Basheer, and a day after that of its criminal justice director, Kareem Ennarah. Mr. Basheer was taken from his home, and Mr. Ennarah was arrested while on vacation at a Red Sea beach resort.

Mr. Basheer and Mr. Ennarah are being held for 15 days on terrorism-related charges, which the group said included accusations of joining a terrorist organization and spreading false information. Egyptian government prosecutors added them as defendants to a case against prominent activists, human rights lawyers and journalists that was already underway.

The group called Mr. Basheer’s arrest on Sunday an “unprecedented escalation” and part of an “ongoing crackdown that aims to intimidate and scare legal and human rights professionals as well as social and political activists.”

Egyptian authorities have not detailed the exact reasons for the arrests, though the group had met on Nov. 3 with more than a dozen ambassadors and diplomats, most of them from Europe, to discuss human rights issues. The meeting had been no secret: The group posted a photo of it on Facebook.

European diplomats from the countries represented at the meeting are now pushing the government to release the men.

Britain’s foreign secretary, Dominic Raab, raised the arrests in a call with Egypt’s foreign minister this week. The French foreign ministry issued a statement expressing “deep concern,” drawing a sharp retort from the Egyptian ministry of foreign affairs, whose spokesman, Ahmed Hafez, slapped away the French statement as “interference” in Egypt’s affairs.

Mr. Hafez said that “the Egyptian state respects the rule of law,” the ministry said in its own statement. “Those working in any field should be compliant with the laws regulating that field,” he added, “and those who violate the regulations are held accountable.”