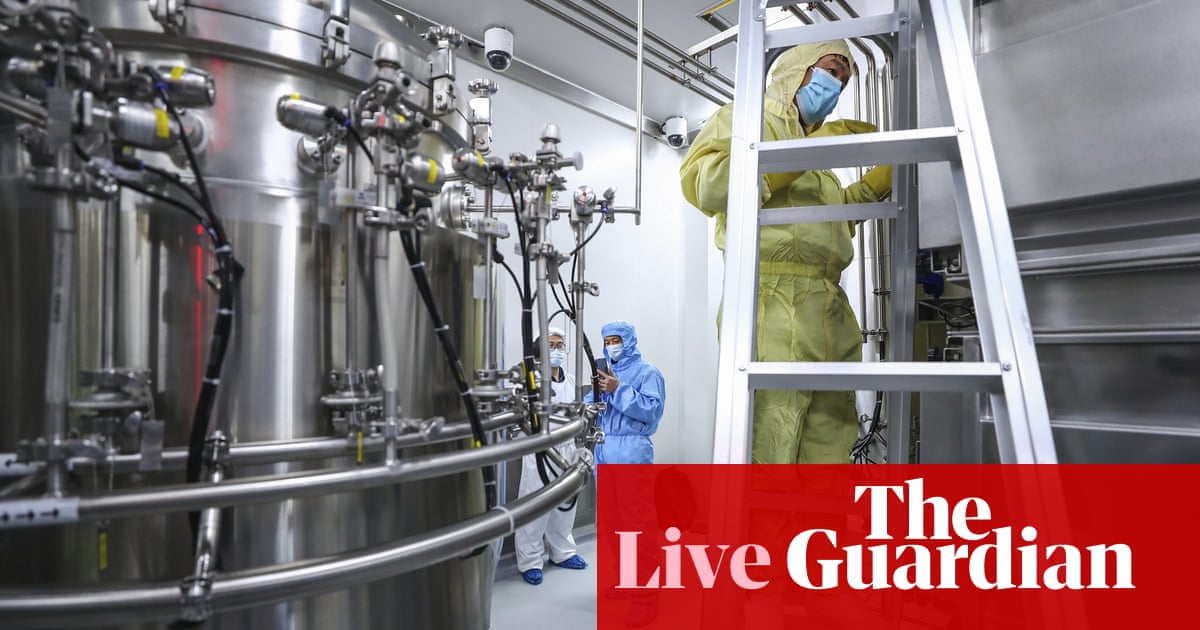 Chinese President Xi Jinping is calling for closer international cooperation on making a vaccine for the coronavirus available, as his government announces that the vaccine developed by state-owned pharmaceutical company SinoPharm has been administered to 1m people.

Xi spoke Thursday in an address delivered via video at an event at the Asia-Pacific Economic Cooperation forum.

Xi said: “To beat the virus and promote the global recovery, the international community must close ranks and jointly respond to the crisis and meet the tests.”
He said cooperation would include closer coordination on policies for development and distribution of a vaccine.

Chinese companies Sinovac and Sinopharm are in the late stages of testing vaccines, putting them among nearly a dozen companies at or near that level of development. That has introduced both commercial and political competition among countries and companies to be the first to offer a solution to the pandemic.

“To justify its authorisation of an unproven vaccine, Beijing said the products’ use had been restricted to high-risk individuals, though that included not only obvious groups like frontline health professionals, but also school, supermarket and public transport workers.”

The South China Morning Post reports that SinoPharm’s CEO has said there have been “no adverse effects” in any of those who have received the treatment. The paper reports:

Besides the recipients of the Sinopharm jabs, authorities in Zhejiang said they had made a Covid-19 vaccine developed by the privately owned pharmaceutical company Sinovac Biotec available to high-risk groups in the east China province under the emergency use scheme.

Exactly how many citizens have received the jabs is unknown, but local and foreign media reports showed images of people lining up outside disease control and prevention centres to receive them.

To justify its authorisation of an unproven vaccine, Beijing said the products’ use had been restricted to high-risk individuals, though that included not only obvious groups like frontline health professionals, but also school, supermarket and public transport workers.

Hello and welcome to our rolling coverage of the coronavirus pandemic.

My name is Helen Sullivan and I’ll be bringing you the latest from around the world. I am on Twitter here if you need me.

The South China Morning Post reports that China has administered an experimental vaccine developed by state-owned company Sinopharm to 1 million people under the government’s emergency-use scheme. We’ll have more on this shortly.

Meanwhile authorities at the US Centres for Disease Control have told Americans not to travel next week for Thanksgiving celebrations, and not to spend the holiday with people who aren’t in their household.

Here are the key developments from the last few hours: