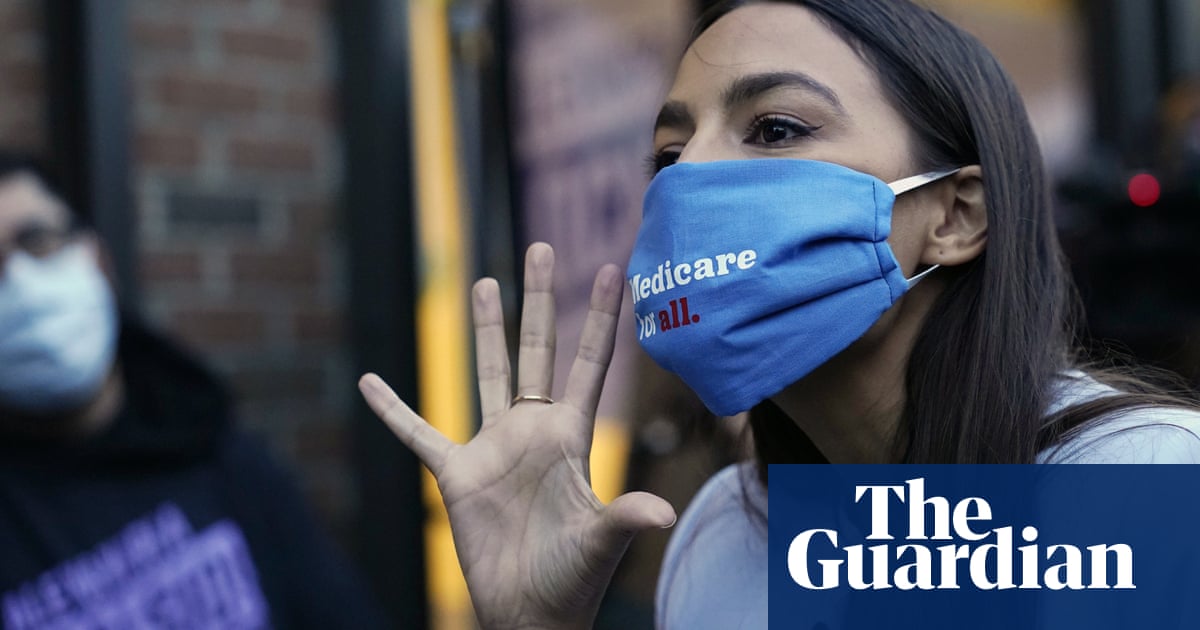 Progressive climate activists plan to occupy the Democratic National Committee headquarters in Washington DC today in protest of Joe Biden’s early hires of key staff with connections to the oil and gas industry.

They hope to send the president-elect the message that they helped him win and expect him to follow through with his commitments for significant and justice-focused climate action, including as he makes decisions about his cabinet, which will have a substantial role in carrying out his plan.

The groups – which include the US Climate Action Network, the youth-led Sunrise Movement, the Climate Justice Alliance and the Indigenous Environmental Network – will camp overnight on the sidewalks around the building, despite chilly temperatures.

They will hold a rally this afternoon with Representative Alexandria Ocasio-Cortez and Senator Ed Markey, who co-sponsored a proposal for a Green New Deal. Other members of Congress scheduled to speak include Ilhan Omar and Ro Khanna, and recently elected Jamaal Bowman and Cori Bush. The participants said they will take steps to maintain distance to prevent the spread of Covid-19.

The action is an early sign that environmental advocates who supported Biden and worked to oust president Donald Trump intend to keep pressure on the administration.

“We don’t feel like we want to be in a confrontational pose, but if we need to, we will be,” said Keya Chatterjee, executive director of the US Climate Action Network. “Right now is the moment where a lot of decisions are being made about whether or not the right personnel are going to be in place to actually be ambitious in a green recovery and get done everything that they ran on.”

One of Biden’s first hires was congressman Cedric Richmond, a Louisiana representative who has come under scrutiny for accepting donations from the fossil fuel industry. His constituents have complained he would not previously engage with them in their campaign to reduce toxic air pollution and address serious public health problems.

“[Knowing] how he’s so deeply intertwined with the fossil fuel industry does not give us a lot of hope or faith that the Biden administration is going to make good on their promises around climate,” said Ashley McCray, an organizer for the Indigenous Environmental Network.

Aside from Richmond and other rumored hires, the groups said they have been disappointed to see that Biden’s transition website seemed to include climate justice as an afterthought and did not specifically include the campaign’s commitment to directing 40% of green spending toward the vulnerable communities.

However, Biden has also been praised for stocking his agency landing teams with climate and justice experts, and for raising climate in talks with world leaders.

One contender to run the energy department, the Obama-era energy secretary Ernest Moniz, has done research paid for by the gas industry and is on the board of a pollution-heavy power company.

Justice advocates are hopeful, though, that Biden could name representative Deb Haaland from New Mexico, to run the interior department. She would be the first Native American cabinet secretary.

Biden during the campaign repeatedly insisted that he would not ban fracking – a drilling method that spurred a boom in gas production in the US. He also said he wouldn’t pursue a Green New Deal – a progressive proposal for extensive spending to fight both climate change and societal inequity.

McCray said indigenous communities worry that Biden’s climate work might not help them personally – if he allows the oil and gas industry to continue to pollute near them by accepting emission trading schemes or technologies to capture planet-heating gases from fossil fuels.

Anthony Rogers-Wright, policy coordinator for the Climate Justice Alliance, said “the only reason why there is a Biden administration is because environmental justice communities – black people, specifically, brown, indigenous, asian people – voted for this now president-elect.”

“We want to make sure we’re sending the message clearly, we expect him to follow through and center environmental justice communities, and not just treat them as a box to check.”