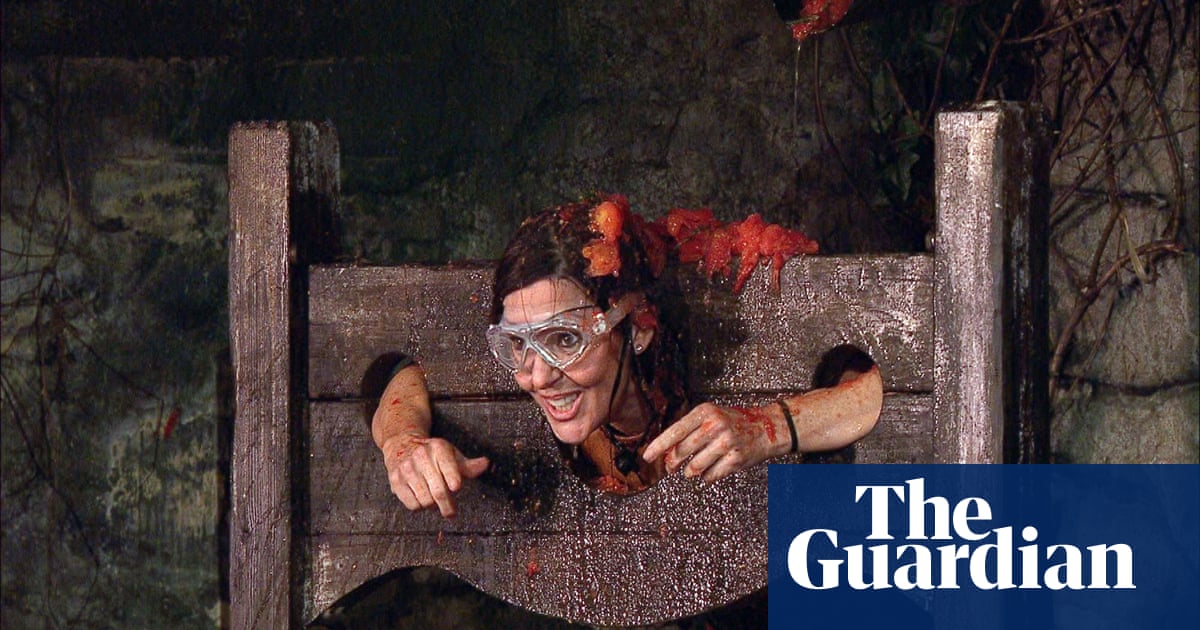 As the days draw in and the dark of winter approaches, it may seem odd to suggest that the best place to find intimacy and joy on TV is a reality contest that has been on air since 2002. Yet, this series of I’m a Celebrity is providing its viewers with exactly that, proving a surprise ratings hit.

This year, the show’s location is a Grade I-listed, 19th-century country house in north Wales, rather than the Australian jungle of previous years, but the format is much the same. The stomach-churning bushtucker trials are still taking place, terrified contestants writhing among snakes or munching on unappealing animal parts. It does not sound like comfort viewing. But the shift from the sun of Australia to the gloom of the UK makes it all the more relatable for those of us whose annual leave was spent staring at four walls. Instead of watching celebrities lounge around as they work on their tans, we can see them shivering like the rest of us, in this gruelling lockdown. But, unlike us, they can touch one another: following a period of pre-show isolation, they now exist in a glorious, pandemic-free bubble.

When Beverley Callard, best known as Coronation Street’s feisty barmaid Liz McDonald, told her fellow soap opera star Shane Richie: “We can hug again!”, it was a reminder that one day we may all be able to do the same with our friends. When the BBC presenter Victoria Derbyshire embraced Jordan North, proclaiming that the BBC Radio 1 DJ used to be her tea boy, it was a touching moment of reconnection. For about an hour and a half each night, this show gives us the chance to live vicariously through the contestants, to see the joy in shared social chit-chat and wisecracks, and the novelty of conversations with people with whom you don’t live.

Shared banter abounds. When North grimaced at his bowl of fermented catfish during the second bushtucker trial, instead of succumbing to his fear, he rose above the challenge and sang loudly: “We like to drink with Jordan …”, with fellow contestants soon joining in. Vernon Kay was ecstatic – “That’s my guy!” – as was Callard, cheering long and loud when North finished off the whole bowl of vomit-inducing muck in one go. If you didn’t know that what he was drinking was a disgusting concoction and not a pint, you might have thought you were watching three friends congregate in a cosy pub.

This sort of communal TV viewing is indicative of our changing habits during the pandemic. Sally Baker, a therapist, says we are less inclined to have shows switched on in the background as a distraction, but, instead, are using them to fill our “need for nostalgia”.

“In the first lockdown, no one had any idea of how to deal with what was happening,” says Baker. “People were more inclined to watch disaster movies to live vicariously through someone living through a plague of zombies or some kind of weird virus. [Now] we are far sadder as a world, not even just as a nation. We’re missing our old lives, we are grieving for our friendships and our families, and I’m a Celebrity reminds us of what it’s like just seeing 10 people on the screen together.”

The same could be said for a show like Schitt’s Creek, which underscores the fact that life is not about money or possessions but human connection, and which has seen its viewership rise in lockdown.

Bake Off and Strictly have also proved major TV talking points, and it seems reality TV may continue to have an outsized impact on schedules into next year. Seeing people living out their daily existence makes for a particularly wistful form of escapism; it is fascinating to watch shows about human interaction at a time when it is forbidden, with shows where the stakes could hardly be lower proving popular in a time of heightened peril.

Settling in for an evening in front of I’m a Celeb may not be a substitute for seeing friends or family, but it does bring a sense of normality to a year that has been anything but normal. Soon, perhaps, we will also be in similarly friendly situations, but – one hopes – without roast deer testicles on the menu.